Key trends of the energy transition over the past decade

While a third of the world's power still comes from coal, fossil fuels are in decline and renewables like wind and solar power are becoming more prominent 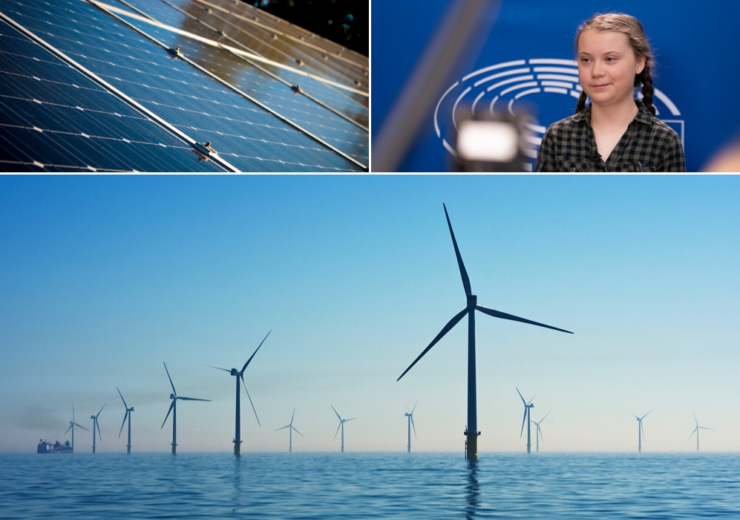 Offshore wind, solar and Greta Thunburg have been central to the energy transition trends in the past decade

The global energy industry experienced significant transformation over the 2010s, as efforts to address climate change have prompted new trends in the transition away from fossil fuel reliance. Andrew Fawthrop looks back over the past 10 years.

A decade is a long time in any industry but since 2010, the global energy landscape has experienced particularly profound changes.

Intensifying international focus on the challenges posed by climate change has accelerated the “energy transition” across the full spectrum of industry sectors – from the growth of renewables to the decline of fossil fuels, and the rise to prominence of innovative technologies for energy storage and carbon capture.

Despite some scepticism over the viability of their scope and chances of success, the commitments and targets laid out by the Paris Agreement in 2015 have nevertheless created a framework for governments and industry to follow in effort to contain the worst effects of climate change.

And while there is still clearly plenty of work to be done to get anywhere near the goals envisioned by the UN summit, pressure for companies to switch to cleaner, more environmentally-friendly industrial processes and standards is nevertheless working its way up the agenda, as regulatory and investor scrutiny grows.

Activists like the teenager Greta Thunberg – recently named Time magazine’s person of 2019 – have galvanised public interest, particularly among her peers, in support of more decisive action over safeguarding the future of the planet against the effects of global warming.

Some governments like the UK and New Zealand have made legally-binding commitments to achieving net zero emissions by 2050 – although the decision of Donald Trump’s US administration to withdraw from the agreement is not insignificant.

The energy transition has without doubt been the defining feature of the industry during the past decade, and here we recap some the most notable milestones along the way.

Key trends of the energy transition over the past decade

Back in 2010, the Thanet offshore wind farm, located off the coast of Kent, UK, was commissioned and was at the time the world’s largest offshore wind project with a capacity of 300 megawatts (MW).

Since then, a host of bigger and better offshore wind projects have come online, particularly in Europe, the biggest of which – the Walney Extension off the coast of Cumbria, UK – has a nameplate capacity of 660MW.

The cost of offshore wind power has fallen dramatically throughout the decade in regions where it has been prioritised, with the UK government this year slating auction prices at around £40 per megawatt hour (MW/h), shaving around £100 off prices at the start of the decade.

The latest global review of offshore wind from the International Energy Agency (IEA) raised the prospect of it experiencing a 15-fold increase to become a $1tn industry by 2040 – provided investment continues to flow.

The IEA noted Europe’s leading position in offshore wind, but revealed that large scale projects in the US and China will dramatically increase their respective national capabilities.

Like wind, the development of solar photovoltaic (PV) technology has accelerated considerably throughout the 2010s – with the renewable energy source expected to be at the forefront of clean power growth during the next five years.

Germany and China have spearheaded the growth in solar in the past 10 years, with the Asian superpower surpassing its European rival for PV capacity in 2015, and becoming the first country to build its installed capacity beyond 100 gigawatts (GW) in 2017. 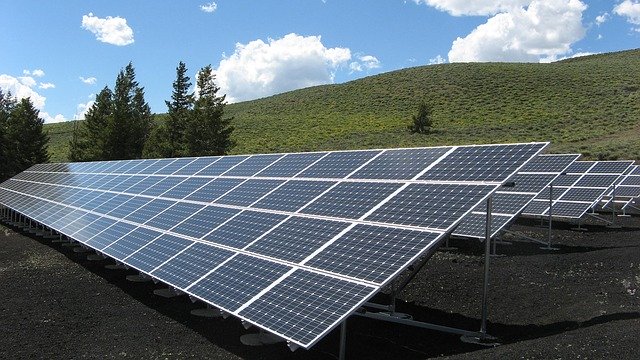 Between 2010 and 2018, China’s solar PV capacity grew from 864MW to 174.8GW, and this trend is expected to continue with an estimated 20GW additional capacity being targeted each year up to 2030.

The demise of coal?

Coal has long been a staple of global electricity generation, and according to the IEA is still responsible for more than a third of international power supply.

But as acceptance of the need to reduce carbon emissions has consolidated over the past decade, the coal industry has found itself in the firing line as a main offender in industrial-scale pollution.

Some previously coal-fired power plants have taken steps to transition away from the CO2-heavy mineral, with many adopting the approach of replacing coal with either biomass or natural gas substitutes – both of which are less carbon intensive than coal but not without their detractors.

In the US, President Donald Trump was elected to office on the back of protectionist policies, including revitalising the domestic coal mining industry.

But despite the rhetoric, a slew of US coal miners have since been forced to file for bankruptcy, while coal-fired power stations in the country have been shutting down as the global phase-out of coal gather pace.

In Europe, too, coal power has found itself under increasing pressure throughout the decade – although nations like Poland which are heavily reliant on the fuel have been more reluctant to set hard targets for eliminating it from the energy mix.

Recent analysis shows that coal-fuelled electricity generation is on track to decline by 3% globally in 2019 – the largest annual drop on record – as more renewable energy sources become available for integration on the grid. 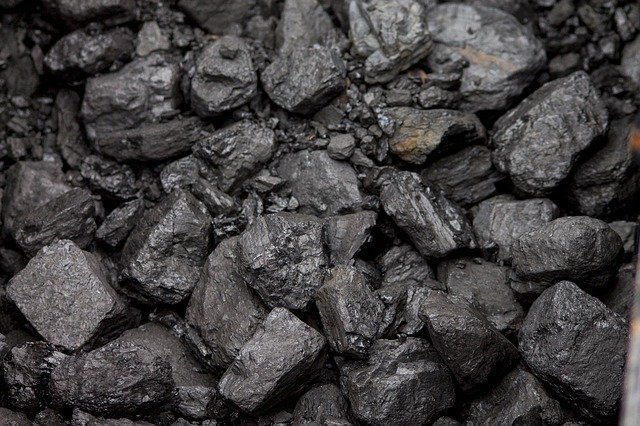 It has not all been one way traffic, however, with energy-hungry China currently accounting for half of global coal production and consumption and showing no signs of cutting it from the energy mix.

Other south-east Asian nations like Vietnam, India and Indonesia likewise remain heavily dependent on coal to fuel their economic expansion.

The role of nuclear after Fukushima

On 11 March 2011, an earthquake triggered a Level 7 disaster at the Fukushima Daiichi Nuclear Power Plant in Ōkuma, Japan – prompting a series of stress tests and safety reviews at nuclear power facilities around the world.

The incident was a reminder of the potential dangers posed by nuclear reactors, evoking memories of the Chernobyl disaster some 25 years prior.

Some countries – notably Germany – have since taken the route of phasing nuclear out of their domestic energy infrastructure, although others like the UK and China have launched new nuclear projects in the years since Fukushima.

With the search on for a reliable supply of clean, renewable baseload power to replace existing fossil fuel-driven facilities, the discussion around nuclear has been revived in the aftermath of the Fukushima disaster – although in the US and Europe, in particular, one of the big challenges to address is how to replace or extend the life of an ageing fleet of nuclear infrastructure.

China in particular has taken significant strides towards building out its nuclear power capacity – embarking on a programme of building multiple projects in series as a way of lowering the cost of development – a frequently significant barrier to wider adoption of nuclear.

In the UK, development is well underway at the Hinkley Point C nuclear power station – the first of several new nuclear ventures to be proposed by the UK government in 2010, along with Sizewell C and Bradwell B. But several other plants have failed to get off the ground after meeting funding challenges.

As the global energy mix continues to transition towards incorporating more renewable sources, new ideas for storage solutions have become necessary to ensure the intermittent nature of supplies from wind and solar can be balanced on the grid.

Analysts have predicted the global energy storage market will experience a 13-fold increase over the next five years, with the US and China set to lead this expansion.

Hydroelectric dams and batteries are tried and tested forms of energy storage, making use of gravitational and chemical potential, but issues over cost and resource availability have prompted the exploration of other means by which to hold power in reserve on an industrial scale.

Some of the more novel approaches developed over the past decade include a “liquid air” cryogenic technique for liquefying and then regasifying air to release energy at times of peak demand, as well as a project to use disused mineshafts for raising and dropping heavy weights to exploit gravitational potential energy.

In the latter half of the decade, hydrogen has come to the fore as an option for low-carbon energy to power transport in particular.

In October 2018, the UK Committee on Climate Change (CCC) released its Hydrogen in a low-carbon economy report, which states hydrogen is a credible power source to aid the decarbonisation of the country’s energy system.

The gas has increasingly been used in public transport, with hydrogen-fuelled single-decker buses operating in many cities and the world’s first double-deckers to begin running in London in 2020.

French train manufacturer Alstom launched a hydrogen train in Germany in September 2018, while it has also been trialled in cars and lorries.

Work is currently underway on a factory in north-west England that will convert unrecyclable plastic into hydrogen for both transport and domestic electricity.