Drax to deploy BECCS technology to become carbon-negative by 2030 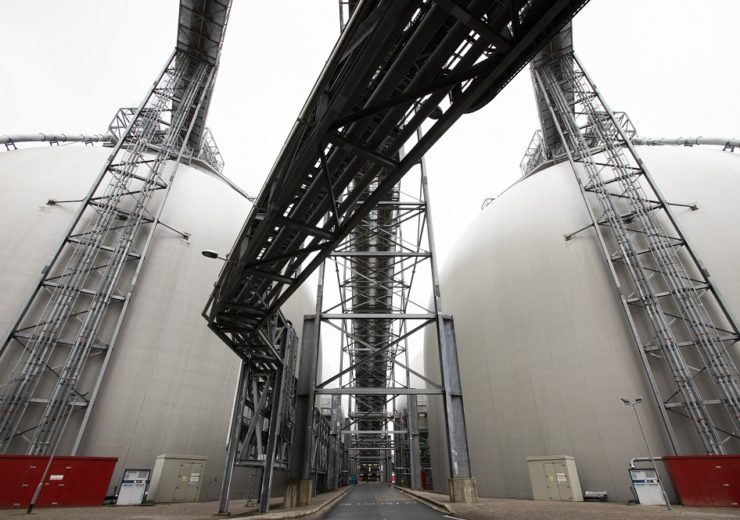 The North Yorkshire-based plant plans to roll out bioenergy with carbon capture and storage (BECCS) technology across two of its six power generation units within the next 10 years — something it claims would remove up to 16 million tonnes of carbon dioxide (CO2) emissions each year.

Implementation of the policy, however, is contingent on government support through “an effective negative emissions policy and investment framework” — which includes the continuation of subsidies due to expire in 2027.

Drax CEO Will Gardiner said: “Having pioneered the use of sustainable biomass, Drax now produces 12% of the UK’s renewable electricity. With the right negative emissions policy, we can do much more — removing millions of tonnes of emissions from the atmosphere each year.

“The UK government is working on a policy and investment framework to encourage negative emissions technologies, which will enable the UK to be home to the world’s first carbon-negative company.

“This is not just critical to beating the climate crisis, but also to enabling a just transition, protecting jobs and creating new opportunities for clean growth — delivering for the economy as well as for the environment.”

Gardiner will confirm the plans for the power station during a speech later today at the United Nations COP 25 summit in Madrid.

Drax already runs a pilot scheme for BECCS technology, which it says has been successful in capturing one tonne of CO2 emissions each day.

The facility is part of a business alliance clustered around the UK’s Humber region, which aims to create a net-zero industrial zone by 2040.

Each of its six electricity generation units previously used coal as their main source of fuel, but four of these have been converted to consume a “sustainable biomass” feedstock in the form of wood pellets.

The remaining two coal-powered units are earmarked for closure by 2025.

She added: “This ambition should be welcomed as not only evidence of the UK’s drive towards net zero, but the determination of first-moving private companies like Drax to remove more CO2 from the atmosphere than they release across the entirety of their operations, without the use of offsets.”

Lack of consensus over the virtues of biomass in energy transition

The substitution at Drax of coal fuel with biomass has enabled it to feed its electricity generators with renewable energy sources — and in the first half of this year, it claims 94% of the power it produced has been renewable.

Biomass like the wood pellets used at Drax has its detractors, who argue that burning wood rather than coal — even when combined with carbon capture and storage — is not carbon neutral.

A 2017 report by UK think tank Chatham House highlighted these concerns, as well as those of deforestation, warning that biomass “has become a highly contested subject with very few areas of consensus”.

However, Drax notes that both the Intergovernmental Panel on Climate Change and the UK Committee on Climate Change have agreed that BECCS is an important step on the path to achieving net-zero carbon emissions by 2050.

“Drax is currently leading the way on UK BECCS and now government needs to follow with clear and material policy.

“Importantly, this ambition from Drax is underpinned by bioenergy, which has accelerated the UK towards its climate targets — accounting for 31.6% of electricity generation in 2018, more than half of which came from plant biomass.”