Three major energy firms plan to create a net-zero region across the UK's industrial heartland, which could cut annual CO2 emissions in the country by 15% 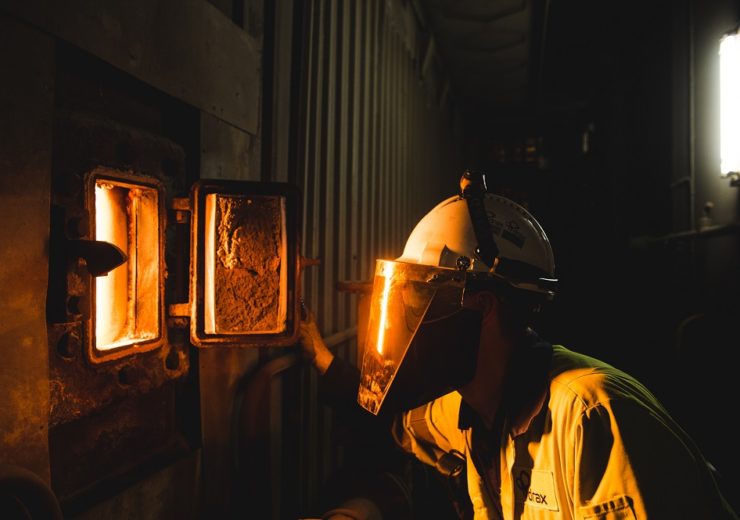 A biomass furnace at the Drax Power Station (Credit: Drax)

Three major energy firms have revealed their plans to develop a net-zero industrial zone in the north of England’s Humber region by 2040.

UK power firms Drax Group and National Grid Ventures, along with Norwegian petroleum company Equinor, have contributed to the plan to develop a carbon-free “industrial cluster” around the Humber estuary.

The region is home to the UK’s industrial heartland, with a host of manufacturing, chemical and refining companies contributing £18bn ($23bn) to the economy each year.

It is also currently the country’s biggest source of carbon dioxide (CO2) emissions, and with legislation now in place to deliver a net-zero economy by 2050, heavy emitters could face high carbon taxes in the coming decades if they do not transition to clean energy alternatives.

Carbon capture and storage (CCS) technology will play a big role in transforming the region into a carbon-neutral environment, as will plans for a new hydrogen production facility and pipeline network.

Drax CEO Will Gardiner said: “The race to cut carbon emissions is one we can win, and this plan sets out a clear blueprint of how to get the Humber to net zero.

“The impact of decarbonising the most carbon-intensive region in the country will make a major contribution to the UK reaching its world-leading climate goals. We need to seize this opportunity.”

The Drax Power Station, based in Selby, North Yorkshire, is earmarked to become the world’s first carbon-negative power facility, through the installation of bioenergy carbon capture and storage (BECCS) technology, which is currently being trialled at the site.

Carbon capture and storage will be central to the Humber project

The consortium involved in the project claims the scheme will protect 55,000 jobs in the region for those working in carbon-intensive industries – and save businesses in the region as much as £27.5bn ($35.5bn) in future carbon taxes by 2040.

The roll-out of CCS technology across the industrial cluster could lead to the capture of 53 million tonnes of CO2 annually – accounting for 15% of UK’s current annual greenhouse emissions.

Plans also suggest storing this captured carbon beneath the nearby North Sea floor, and the creation of a pipeline network between industrial sites that can transport the captured CO2 emissions.

Jon Butterworth, COO of the global transmission division of National Grid Ventures – the investment arm of the UK’s power network National Grid – said: “The government has set out ambitious plans to develop the world’s first zero-carbon industry cluster by 2040.

“We believe this is a challenge that can and should be met.

“By working together across industry sectors, we can protect UK jobs, drive further economic growth and help the country achieve critically-important climate goals that will significantly benefit current and future generations.”

A hydrogen economy for the north of England

The development of a hydrogen economy in the region is also a cornerstone of the net-zero scheme – addressing the heat, transportation and power needs of businesses operating in the industrial cluster.

Equinor’s executive VP of marketing, midstream and processing Irene Rummelhoff added: “This report sets out how a hydrogen economy can be kick-started from the Humber region and grow across the north of England.

“Hydrogen has a key role to play in the UK reaching net zero by cleaning up industry, heating, transport and power, as well as delivering improved air quality.”

Other hydrogen projects across the north of England have also emerged in recent years, such as the North West Hydrogen Alliance which comprises a range of energy industry stakeholders including Shell and Cadent.

The venture aims to establish hydrogen as a key power source across the region, with projects like natural gas blending and plastic waste conversion currently underway.

The NWHA believes the schemes could deliver a £17bn ($22bn) economic boost, 5,000 new jobs and save more than a million tonnes of CO2 each year.