OGCI targets carbon capture and storage to keep fossil fuel industry running — but will it work?

The Oil and Gas Climate Initiative believes carbon capture and storage can help retain the productive capacity of oil and gas while limiting environmental damage caused by their extraction, others believe the tech remains a pipe dream 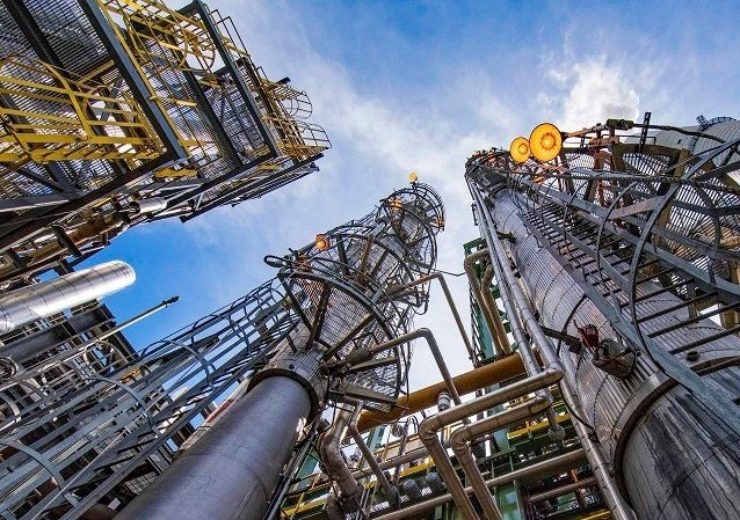 The Oil and Gas Climate Initiative (OGCI) is looking to carbon capture and storage (CCS) as a means to keep the fossil fuel industry operating at its current capacity while curbing emissions to keep it in line with the goals set out in 2015’s Paris Agreement.

Following its fifth annual conference in New York last week, the group, which includes market incumbents Saudi Aramco, Exxon Mobil and BP, set itself a goal of doubling the amount of carbon currently stored globally before 2030.

To that end, it has launched a Kickstarter crowdfunding programme to spur investment in CCS facilities in industrial hubs throughout the world, and has joined the Clean Energy Ministerial CCUS initiative which aims to promote the technology.

The OGCI said in a statement: “We are scaling up the speed, scale, and impact of our actions in support of the Paris Agreement.

Saudi Aramco chief technology officer Ahmad O. Al-Khowaiter added: “We are committed to helping to meet society’s lower carbon goals while reliably meeting the energy needs of billions of people for decades to come and leading at the cutting edge of technology.

While the OGCI is confident CCS can act help the global grid retain the productive capacity of oil and gas while limiting the damage their extraction and distillation cause to the environment, others believe the technology remains a pipe dream.

Harminder Singh, director of power at market intelligence firm GlobalData, explained: “CCS has been in operation for more than 20 years now.

“Presently, there are 43 large-scale CCS facilities – 18 in commercial operation, 5 under construction and 20 in various stages of development.

“There are now fewer projects in development than under construction and operational, but many of the early-stage projects face an uncertain future without appropriate policy support.

“Since 2014, only one project has taken a final investment decision anywhere in the world: The Yanchang Integrated CCS project in China.”

Meanwhile, flagship CCS projects, such as Chevron’s Gorgon facility in Australia, have been slow to prove the efficacy of the technology.

Gorgon was sold on the promise of limiting its own emissions by 40% by burying up to four million tonnes of CO2 each year, but has yet to make good on its commitment more than three years after it began producing LNG in March 2016.

“Research has compared the energy output for fossil fuels such as coal and natural gas stations with that of wind, solar, hydropower and energy storage.

“The results showed that the best examples of carbon capture only compare to the worst-case scenarios for renewables.

The OGCI’s renewed commitment to limiting the emissions of its industry no doubt comes as a rebuke to the scathing assessment it received during the UN’s Climate Action Summit late last month.

High-profile opponents of the oil and gas sector including UN Secretary-General António Guterres and 16-year-old activist Greta Thunberg condemned extractives and expressed the need for a global transition to clean energy.

The former stressed the importance of mass mobilisation among both the public and private sectors in adjusting operations to curb emissions, and the role of the world’s youth.

He said: “Nature is angry and we fool ourselves if we think we can fool it because it always strikes back and is doing so with fury.

“2014-2019 was the hottest five-year period ever, seas are acidifying, corals are bleaching, deserts are expanding, access to water is dwindling, natural disasters are multiplying and storms are raging the world over.

“Our warming of the planet issues a chilling cry to stop and if we don’t change our way of life we threaten life itself.

“When we see this we are not just seeing damage — it’s our future in the balance if we don’t act now.”

Thunberg, meanwhile, warned the world’s leaders that the youth of today will be “watching” them as they go about addressing the climate crisis in the years to come.

Remonstrating at the UN Summit, the 16-year-old activist said her generation should not be paying for the mistakes and potential inaction of today’s governments and businesses.

She said: “This is all wrong, I should be home back in school on the other side of the ocean, not here convincing you why this is important.