Can carbon capture and storage achieve its potential in 2019?

Carbon capture and storage promises a smoother energy transition to renewables but will 2019 be the year it finally comes of age? 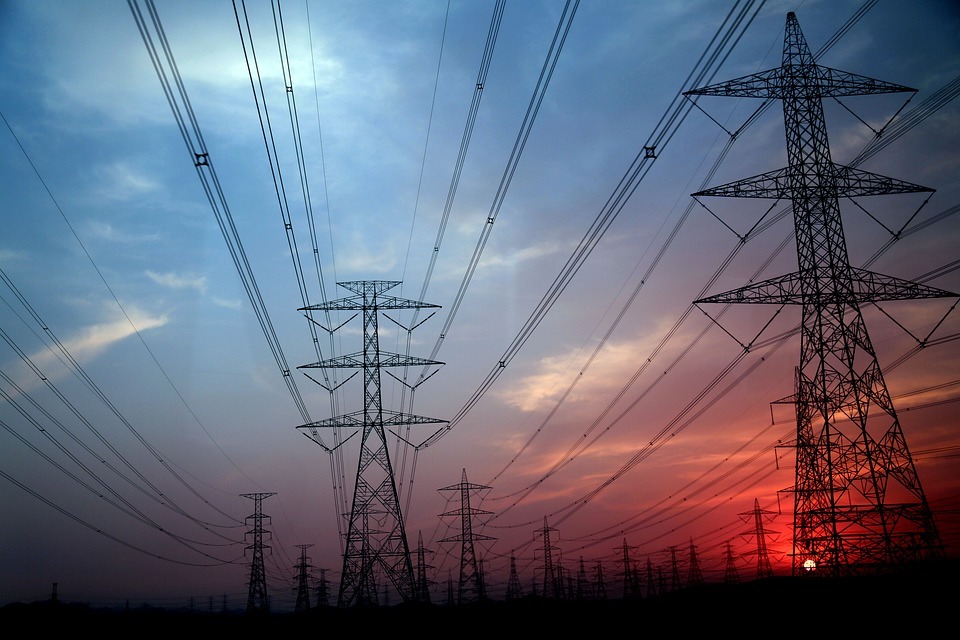 Carbon capture and storage can help governments around the world balance their grids while they roll in renewables - but concerns linger over its financial viability (Credit: Pxhere)

In the world’s quest for an alternative to fossil fuels, renewables tend to dominate the conversation but carbon capture and storage (CCS) offers something approaching a middle ground.

Granting the ability to drastically reduce the amount of emissions created by productive but dirty power sources such as coal, the technology ostensibly means traditional generation methods could be maintained while clean energy matures, all at minimal cost to the environment.

This transitional potential has garnered enough interest from parties across the globe to attract billions of pounds worth of investment, but a number of the highest-profile CCS projects have become more synonymous with enduring delays than combating pollution.

“CCS has been in operation for more than 20 years now,” says Harminder Singh, director of power at market intelligence firm GlobalData.

“Presently, there are 43 large-scale CCS facilities – 18 in commercial operation, 5 under construction and 20 in various stages of development.

“There are now fewer projects in development than under construction and operational, but many of the early-stage projects face an uncertain future without appropriate policy support.

“Since 2014, only one project has taken a final investment decision anywhere in the world: The Yanchang Integrated CCS project in China.”

Here we take a closer look at CCS, what impact it could have if it were to come to fruition at scale, and whether the technology’s landmark projects have suffered one setback too many to provide a sufficiently convincing example of its viability.

What is carbon capture and storage technology?

CCS is reportedly capable of capturing up to 90% of the CO2 emissions produced by the burning of fossil fuels to generate electricity, as well as those used in industrial processes, and prevent it from polluting the atmosphere.

Fossil fuel power plants can be built with the technology already integrated or it can also be combined with renewable biomass to create a “carbon-negative” mode the goes one step further by actually removing CO2 from the planet.

The Global CCS Institute says there are 18 large-scale CCS facilities currently in operation, with an additional five under construction.

Some carbon storage facilities date back multiple decades, such as the Sleipner project in the North Sea, while others remain under construction, like the Gorgon project in Western Australia.

First, CCS involves capturing CO2, before transporting it to be stored in geological rock formations thousands of metres below the Earth’s surface.

The initial part of the process involves separating CO2 from the gasses produced in power generation and industrial processes, such as manufacturing cement or steel, by pre-combustion capture, post-combustion capture or oxy-fuel combustion.

The pollutant is then transporting using either a pipeline or a ship in much the same way the millions of tonnes of CO2 are transported each year for various commercial purposes, chiefly by countries such as the US.

It is then stored in depleted oil and gas fields or deep saline aquifer formations, which the Intergovernmental Panel on Climate Change (IPCC) says can retain 99% of the pollutant over a 1000-year period.

The Carbon Capture & Storage Association (CCSA) says: “At every point in the CCS chain, from production to storage, industry has at its disposal a number of process technologies that are well understood and have excellent health and safety records

“The commercial deployment of CCS will involve the widespread adoption of these techniques, combined with robust monitoring techniques and government regulation.”

“CCS is a must”, say experts

Despite its ability to limit the amount of CO2 emissions produced by fossil fuel power plant by a wide margin, CCS still lags behind renewable energy which does away with pollution altogether.

“The research compared the energy output for fossil fuels such as coal and natural gas stations with that of wind, solar, hydropower and energy storage.

“The results showed that the best examples of carbon capture only compare to the worst-case scenarios for renewables.

Because of these considerations, the argument for widespread adoption of CCS rests more in its potential to keep traditional energy generation methods, such as relatively cheap and powerful coal plants, online without damaging the environment as much as they do now.

And although this seemingly alluring proposition has its polarising elements, it appears to have drawn a node of consensus from experts around the world.

Luke Warren, spokesperson for the CCSA, said: “The International Energy Agency (IEA) recently concluded that, to meet the goals of the Paris Agreement, CCS will need to contribute 32% of the extra effort to move from a 2C scenario to well below 2C.

“The Intergovernmental Panel on Climate Change (IPCC) has estimated that without CCS, the cost of trying to meet global climate change goals will increase by almost 140%.

“We haven’t got a choice, CCS must be deployed.”

Mr Singh adds: “The IEA believes that while renewables and energy efficiency are a significant and critical part of the global climate response, the scale of the challenge means that all technologies, including CCS, will be needed to reduce emissions across all parts of the energy system.

“In industry, there are limited substitutes for CCS to reduce emissions associated with certain processes.

“As per industry experts, emissions from coal-based power generation can be lowered to a great extent with CO2 capture.

“With CCS, coal can provide electricity at a cost competitive with wind and nuclear.

“Thus, coal would appear to continue to be an economic choice for baseload generation of very low emissions electricity, including low CO2 emissions.

“However, there are cost-related and regulatory issues related to CCS that need to be sorted out if it has to come up in a big way.

“Moreover, renewable technologies such as wind and solar already have a significant head-start, so CCS would struggle to compete against them.”

Key CCS projects around the world promising but perpetually delayed

“CCS has seen a slow growth across the world. More than two-thirds of CCS projects currently in operation or under construction are located in Canada and the US,” explains Mr Singh.

“Projects are operating or under construction in Australia, China, Saudi Arabia and the United Arab Emirates, while South Korea and the UK have projects in early stages of development.”

In Australia, Chevron is building a CCS project it claims will be an “important pillar of the Australian economy for decades to come”, with the ability to produce 20,000 barrels of condensate per day being key to the world’s growing demand for clean fuel.

The CO2 Injection Project is a subsection of Gorgon – the largest LNG project in Australian history – and involves separating the CO2 created by the station’s gas liquefaction process and transporting it by pipeline to one of the its three drill centres.

These centres feature nine wells where the CO2 can be injected, before it is then able to migrate through the Gorgon’s deep reservoir unit, the Dupuy Formation, where it can be trapped.

Its developer predicts more than 100 million tonnes of CO2 will be injected into the reservoir unit over the course of Gorgon’s projected 40-year lifetime.

The Gorgon CO2 Injection Project is the largest of its kind and the biggest greenhouse gas abatement project undertaken by the oil and gas industry to date, making its success all the more crucial to the future of carbon capture and storage technology.

Yet, while it began producing LNG more than three years ago, its carbon capture and storage technology remains dormant for the time being, as a Chevron spokeswoman told the Guardian: “Technical issues were identified in the commissioning of the storage project and modifications are under way.”

“The injection project has received an £33m capital contribution from the Australian government,” observes Mr Singh.

“But in March 2019, Chevron Australia announced another delay in the carbon capture and disposal project at the $54bn (£29.6bn) Gorgon venture, which has required extensive modifications to the original plans.

“Initial injection of carbon waste in the complex project was originally expected in 2017 but has been repeatedly delayed by technical problems.

“The cost of the carbon project, intended to bury as much as four million tonnes a year of CO2 in a saline aquifer under Barrow Island, was put at $2bn (£2.5bn) by the federal government in 2011 and hasn’t been updated.

“As per Chevron, they are taking the time to start the system carefully and safely as the Gorgon CO2 Injection Project will run for more than 40 years.”

Will CCS be feasible at scale any time soon?

Experts are divided on exactly when CCS might be adopted at scale, but there is general agreement over the fact that, in order for that to happen, the public sector will need to pave the way with policies and subsidies.

In areas such as Europe where ambitious emissions reduction targets are pushing governments to come up with grid-balancing solutions, the prospect appears more realistic – but it remains too risky for investors to realise it of their own accord.

“For large scale deployment of CCS, a strong and sustained government support for the development of CCS is required, including policy incentives that adequately address the additional capital and operating costs of CCS facilities,” explains Mr Singh.

“It also requires a well-understood geology that can support CO2 storage, or CO2-to-enhanced oil recovery (EOR), at the desired scale, as well as the availability of expertise to utilise it.”

“A significant driver can also be a revenue stream for the captured CO2, notably from CO2‑to-EOR sales.

“Also, there is a requirement or incentive to reduce emissions through emissions performance standards, the imposition of a sector-specific carbon tax or regulatory measures.

“Business models that can manage the risks in these projects is another key requirement – the investment in CCS is minuscule as compared to that in renewable technologies.

“The shrinking pipeline of CCS projects and the delays in some large projects do not paint an encouraging picture for the technology.”