While it is currently reeling from the devastation caused by Cyclone Idai, Mozambique remains firmly on the path to becoming a top ten LNG supplier 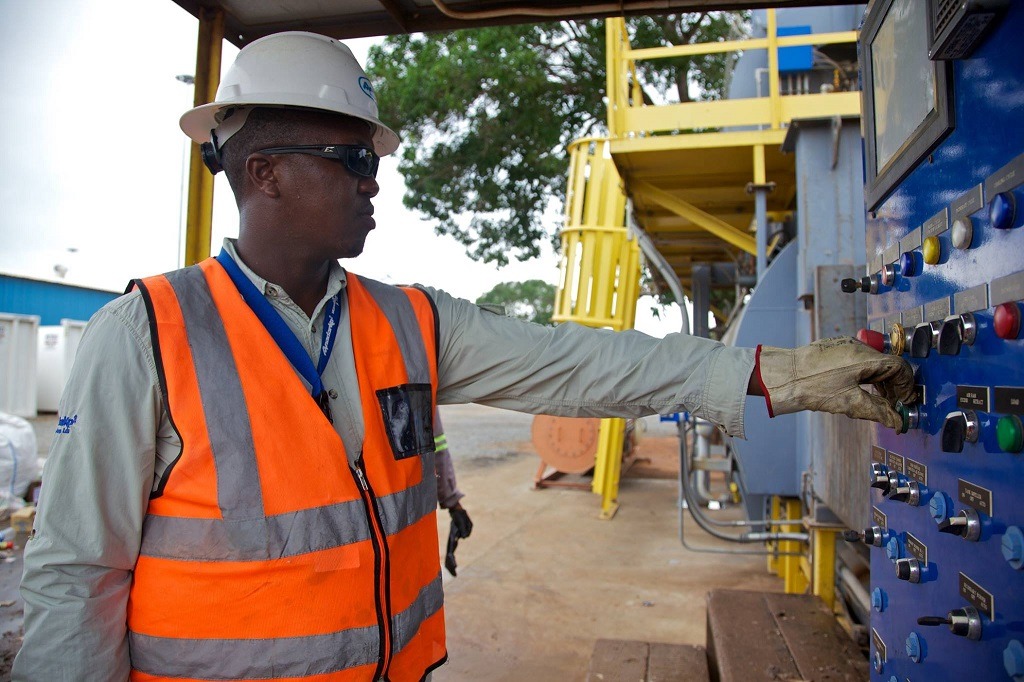 It’s been touted as the next big LNG player for quite some time and now Mozambique appears to be making good on its potential as it eyes a capacity rivalling that of its top African rivals.

The country – which has been in the headlines for all the wrong reasons this month as it was devastated by Cyclone Idai – caught the oil and gas industry’s attention after it was found to harbour more than 125 trillion cubic feet (tcf) of natural gas reserves.

Anadarko and Eni, the companies responsible for this discovery, are not alone in attempting to exploit it, with ExxonMobil, Qatar Petroleum and China National Petroleum Corp (CNPC) all vying for control over Mozambican LNG.

And with hungry markets standing ready in north Asia and large swathes of Europe, it isn’t hard to see why – the appetite for natural gas in China, alone, is enough to make its extraction in the African nation a worthwhile endeavour.

However, while it ostensibly promises prosperity for one of the world’s poorest countries, the prospect of a booming LNG market in Mozambique has sparked hostilities from the local residents who could be negatively impacted by the consequent upheaval.

Political tensions on the country’s border with Tanzania, which have long since begun breeding violence, also present a concern for investors and a challenge for the government.

To shed some light on how Mozambique could become a top ten LNG supplier over the next decade given these prospective pitfalls, we spoke with GlobalData’s upstream analyst Cao Chai, who shares his thoughts below.

What is the potential for Mozambique as a global LNG supplier?

Anadarko and Eni’s discoveries of more than 125 tcf of gas resources (75 tcf in block Area 1 and 50 tcf in Area 4) in the ultra-deepwater Rovuma Basin will transform the country into a major global LNG supplier.

The discoveries in Mozambique are high quality, non-associated gas deposits and largely free of contaminants such as CO2 and H2S, which makes the developments relatively simple from a technical standpoint.

Coral South floating liquefied natural gas (FLNG) project in Area 4 was the first Rovuma basin project to pass a final investment decision (FID) and the field development started in 2017 – it is operated by Eni with first gas targeted for 2022.

Participants in Area 1 and Area 4 (operated by Anadarko and ExxonMobil, respectively) are progressing towards FIDs for the onshore LNG terminals.

Mozambique is expected to become one of the world’s top ten largest LNG producers in the mid-2020s, when over 30 mmtpa (million tonnes per annum) of LNG comes on stream, on par with capacity in African leaders Nigeria and Algeria.

Current production in Mozambique stands at approximately 90,000 barrels of oil equivalent per day (boe/d) of natural gas and condensate, from Pande-Temane Complex, an onshore gas development and the only producing field in the country.

What does 2019 hold for Mozambican LNG projects?

There are positive signs reflecting the progression of Mozambique’s LNG projects.

Securing additional gas sales and purchase agreements (SPA) has formed the majority of the activity from both sets of participants so far in 2019.

These contracts are a key part of progressing the projects towards the construction phase, as they provide some certainty about future revenues to underpin the massive capital expenditure required to bring these facilities online.

In addition, pre-construction work on clearing the onshore sites has also started in anticipation of FIDs this year.

For block Area 1, the development plan for Golfinho-Atum field, Mozambique LNG Phase 1, was approved by the Government of Mozambique in March 2018, with FID expected by 1H 2019.

In July 2018, Mozambique Rovuma Venture submitted the field development plan to the Government of Mozambique for the first phase of Rovuma LNG project, which will produce, liquefy and market natural gas from the Mamba fields located in block Area 4.

Since then the project participants have secured LNG offtake commitments from affiliated buyer entities of the partners and have been working closely towards an FID, scheduled in 2H 2019 or early 2020, with LNG production expected to start in 2024.

Are there any barriers halting the country’s LNG projects?

Both external and internal Mozambique-specific challenges have slowed the progression of LNG developments in the country.

FIDs of both the LNG projects have been long-delayed due to dispute over terms, concerns on the energy price slump and lack of SPAs.

The development plan for the Area 4 LNG terminal needs to be updated for further government approval, possibly in Q3 2019.

Raising tens of billions of dollars in project financing, part of which needs to be raised by the national oil company ENH, is not easy in a country that lacks financial credibility.

This will in turn increase the chance of delays to the FIDs and to LNG revenues coming online.

East Africa is a frontier region with very limited infrastructure both offshore and onshore, including a lack of port facilities, road transport infrastructure and offshore pipelines.

The service sector is likely to be in demand from other projects in the region, too, sharing its inadequate capacity and capability.

In addition, there has been political violence near the border with Tanzania and recent attacks in the area where the projects are under construction.

Security and safety risks could pose a threat to the progression of the LNG developments.

How important is Mozambique for the firms which have operations and investment there?

Operations and investments in Mozambique strengthen the operators’ and co-venture partners’ position in the global LNG market by providing access to significant discovered resources and undiscovered potential with a low cost of supply.

All five companies, with Qatar Petroleum recently joining the trend, have traditionally strategised for geographically-diverse portfolios, comfortable with expansion into frontier basins.

East African LNG projects further diversify the supply base for these companies, while building on their existing core expertise area, such as offshore exploration or liquefaction developments.

In Area 4, CNPC gained a 20% stake in 2013 and ExxonMobil acquired 25% indirect interest from Eni in 2017, including operatorship of the future onshore LNG trains and related facilities, while Eni continues to lead Coral South FLNG project and all upstream operations.

Qatar Petroleum’s interests in Mozambique are in exploration blocks and it is not part of the consortiums progressing towards the development phase. It entered Mozambique with a 10% stake in underexplored blocks A5-B, Z5-C and Z5-D, in December 2018.

These deals are subject to regulatory approval.

Which countries will be the key buyers for LNG from Mozambique?

Marketing of LNG from Mozambique is expected to target countries across the Asia Pacific region, especially north Asia, including China, Japan and South Korea, as well as various European territories.

Coral South FLNG project achieved an SPA in 2016 for the sale of 100% of the LNG production to BP for 20 years, which is set for global distribution.

For Rovuma LNG (Area 4), most of the LNG is contracted to buyer entities affiliated to the co-venture participants (including ExxonMobil, Eni, CNPC, ENH, Kogas and Galp).

For Mozambique LNG project (Area 1), operator Anadarko signed long-term SPAs with global buyers such as PTT, CNOOC, Tokyo Gas & Centrica, Shell, Pertamina and Bharat Petroleum, for a total more than 9.5 mmtpa, most of which will be exported to Asian countries, such as China, Singapore, Japan, Indonesia and India, for domestic consumption.

What steps should Mozambique take to avoid issues like the workers’ strike that arose during the resettlement project in Afungi?

The development of the LNG projects involves the resettlement of about 1,500 households that own houses or engage in agricultural or fishing subsistence activities in the Afungi peninsula, where all infrastructures need to be safely constructed.

Multiple strikes were observed last year as workers in the construction consortium, led by Italian company CMC-Africa Austral, claimed to be receiving unjustified pay cuts and no guaranteed holidays.

It is understood that the construction consortium should reach an agreement with the workers in terms of rights, benefits and wages, and will stick to the contracts.

What can a thriving LNG business bring to Mozambique and its population?

The advancement of LNG business will bring direct revenue to Mozambique’s government and promote the growth of local industries through a domestic gas component of the initial project and follow-on expansions.

It is reported Mozambique LNG (Area 1) will supply initial volumes of 100 million cubic feet per day (mmcfd) of natural gas for domestic use in the country.

Shell has also conducted a study for building a gas-to-liquids (GTL) plant, although additional domestic gas volumes would need to be provided for this option.

Furthermore, construction on the LNG megaprojects is expected to last for over a decade providing significant employment and training opportunities for Mozambicans.