With fossil fuels on their way out and renewables not yet fully capable of powering the global grid, can natural gas bridge the gap in the world's energy transition? Felix Todd speaks to GlobalData power director Harminder Singh to find out 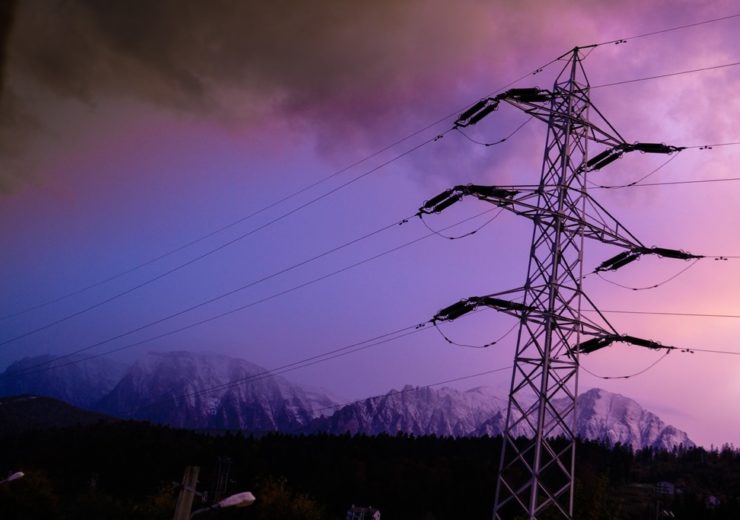 Renewable energy is gradually replacing fossil fuels all over the globe but questions remain over its ability to cater the world’s power demands – can natural gas power the transition?

It is the cleanest-burning hydrocarbon, producing roughly half as much CO2 as coal, and only creating 10% of its pollution when used to create electricity.

Meanwhile, in Europe, multiple countries have announced plans to phase out the use of coal-fired plants as they transition to cleaner energy sources.

Until the day comes when renewables can power the world’s various grids on their own, however, natural gas could be necessary as a bridge between the old and the new.

Here we speak to Harminder Singh, power director at data insight firm GlobalData, about whether this is the case, as well as its benefits as a power source and why it’s seen a rise to prominence over the past few decades.

Can you explain the rise of natural gas?

With countries across the world decommissioning or planning to decommission coal-fired power plants, the role of natural gas in the power mix is increasing significantly.

While renewable energy is the fastest growing segment in the industry, natural gas power plants are needed to provide reliable baseload generation as well as for balancing the grid.

In the US, existing coal-fired and oil-fired plants are being decommissioned in pursuit of emission reduction.

The US Energy Information Administration (EIA) expects lower electricity demand, lower natural gas prices and further retirements of coal-fired capacity will reduce the amount of coal consumed for electricity generation by 8% in 2019 and by a further 6% in 2020.

Moreover, natural gas is now the new dominant fuel in the US power sector, surpassing coal for amount of electricity generated.

In October 2018, it provided more than 38% of power generation in the US, according to the Energy Information Administration, while coal provided less than 27%.

This trend is expected to continue throughout 2019 as natural gas prices stay near or below the levels in 2018 (notwithstanding the current spike in prices).

The trend of decommissioning coal-based power plants is expected to continue in Europe as well, given the coal phase-out targets set by key countries including the UK, Germany and Spain.

Germany, for example, recently announced the phase-out of all coal-fired power plants by 2038.

A total of 39.64 gigawatts (GW) of coal power capacity – 21% of Europe’s currently operational coal fleet – is located in countries which have announced they will phase out coal, putting the coal plants in these countries on a pathway to closure.

Canada plans to phase out coal-fired thermal power by 2030 and several plants have already been decommissioned.

What are the advantages of natural gas over other fossil fuels?

Gas is the cleanest-burning hydrocarbon, producing around half the (CO2) and just one tenth of the air pollutants of coal when burnt to generate electricity.

There is also significant potential to reduce near-term CO2 emissions and air pollution by using gas instead of coal.

Additionally, gas-fired power plants can be quickly ramped up or down, since they take much less time to start and stop than their coal-fired counterparts.

This flexibility makes them a good partner to the intermittent renewable sources of energy such as solar and wind.

Gas is now so widely available through liquefied natural gas (LNG) that it can help countries deal with short-term supply disruptions.

After the Fukushima disaster, for example, Japan shut down its nuclear reactors and relied on LNG to make up much of its lost electricity supply.

According to the Energy Information Association (EIA), in 2018, the average annual Henry Hub natural gas spot price increased to $3.16 (£2.42) per million British thermal units (MMBtu) – up 15 cents from the 2017 average.

Prices increased gradually through much of the year, with significant price increases during October and November, before declining at the end of December.

Growing US production and low temperatures during the winter months supported increased natural gas consumption through 2018.

Natural gas prices spiked in late 2018 and early 2019 due to cold weather and that impacted short-term electricity rates.

However, the EIA Short Term Energy Outlook projects that natural gas prices will fall after the winter, on strong supply.

Why have certain countries, like the US, taken to natural gas more than others?

The US has been showing strong growth in the domestic consumption of natural gas.

This is largely due to historically low natural gas prices, brought on by advances in hydraulic fracturing and horizontal drilling, which have incentivised generators to switch from coal to gas.

While data for the full year is still awaited, the EIA expects US natural gas production will have reached record levels in 2018.

Through the first ten months of 2018, dry natural gas production in the US was 11% higher when compared with the same period in 2017.

Growth has been driven by production increases in the Appalachian Basin in the Northeast, the Permian Basin in western Texas and New Mexico, and the Haynesville Shale in Texas and Louisiana.

Growing US production and low temperatures during the winter months supported increased natural gas consumption through 2018.

The rise in domestic consumption is largely driven by natural gas-fired plants replacing coal-fired plants in the electricity fuel mix, with consumption 17% higher than 2017 levels through the first ten months of the year.

Increased industrial sector investment and the need for space heating and air conditioning contributed to annual growth in natural gas consumption across the industrial (5%), commercial (12%), and residential (16%) sectors during the same period.

In addition, continued increases of US natural gas exports by pipeline to Mexico and additional liquefied natural gas (LNG) export capacity that came online during the year resulted in the US exporting more natural gas than it imported for the second year in a row in 2018.

What are the barriers to the increased use of natural gas in other countries?

While LNG has made it possible for countries to import natural gas, there is significant investment required in building infrastructure like regasification terminals in order to do so.

This pushes up the landed price of gas, making it uncompetitive with other fuels used for power generation.

Going forward, gas will also face competition from solar and wind generation, as costs for these technologies decline further, and storage becomes affordable.

Can natural gas be the ‘transition fuel’ that will see the world move smoothly from fossil fuels to renewable energy?

Natural gas is being viewed as the partner fuel for renewable energy-based generation due to its various characteristics mentioned above.

Natural gas-based capacity will also play a key role in filling the gap in generation capacity, which is arising due to the shutting down of coal-fired power stations.