Drax has announced the start of carbon capture at the bioenergy carbon capture and storage (BECCS) pilot facility, located at its power station, near Selby in North Yorkshire 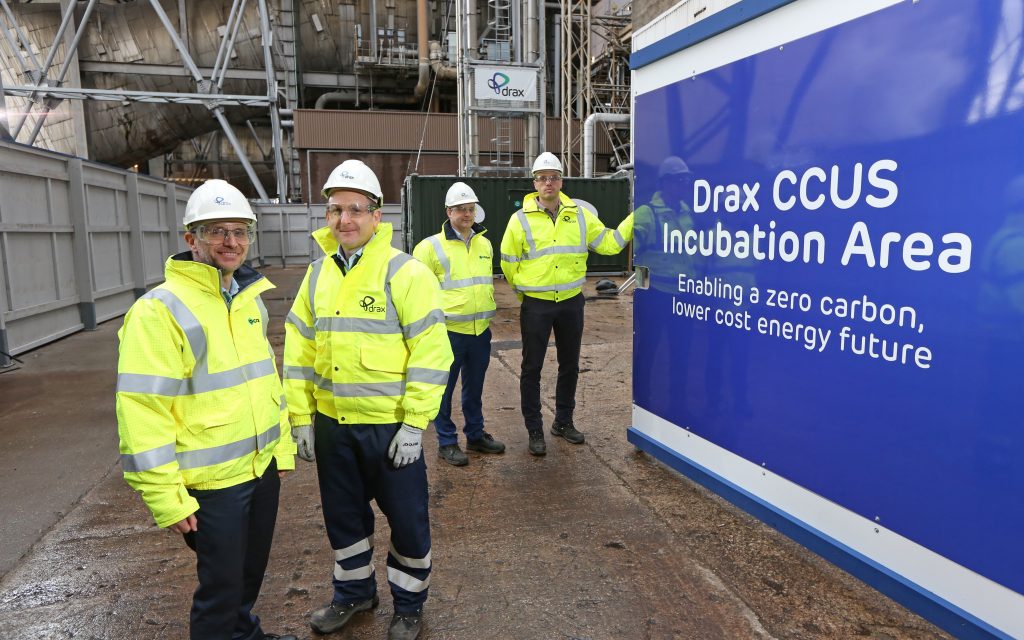 Image: The demonstration plant at the power station, near Selby in North Yorkshire. Photo: Courtesy of Drax Group plc.

The demonstration plant uses innovative technology developed by Leeds-based C-Capture, to capture a ton of CO2 a day, during the pilot.

The BECCS pilot, if scaled up to deliver negative emissions, is expected to enable Drax Power Station to remove the harmful gases from the atmosphere at the same time as electricity is produced.

Drax Group CEO Will Gardiner said: “Proving that this innovative carbon capture technology works is an exciting development and another important milestone in our BECCS project. Climate change affects us all so this is of real significance – not just for us at Drax, but also for the UK and the rest of the world.

“The successful deployment of BECCS requires us to identify ways in which the carbon dioxide we’re now capturing can be stored or used in other processes and we’re working with the government and other businesses on that. We’re focused on working together to make the progress required for us to tackle climate change and enable a zero carbon, lower cost energy future.”

The commissioning of the pilot plant was started in November, with the first carbon being captured now. It has been now proved that the solvent developed by C-Capture is capable of isolating the carbon dioxide from the flue gases released when biomass is used to generate electricity.

Director of Engineering at C-Capture Caspar Schoolderman said: “Working at this scale is really where the engineering gets interesting. The challenge now is to get all the information we need to design and build a capture plant 10,000 times bigger. It’s only really when we get to those sorts of scales that we can start to have an impact on the climate.”

Drax said that the pilot is the first of several projects undertaken at the power station to deliver a rapid, lower cost demonstration of BECCS and has invested £400,000 in the pilot.

C-Capture founder and the University of Leeds organic chemistry professor Chris Rayner said: “This represents a major milestone on the road to achieving negative emissions through BECCS, which is going to be so important in the future. To see our technology working in a real environment like Drax is a tribute to the fantastic team of chemists and engineers who work on the project.”