What are hydrogen fuel cells, how do they work and who’s using them in 2019? 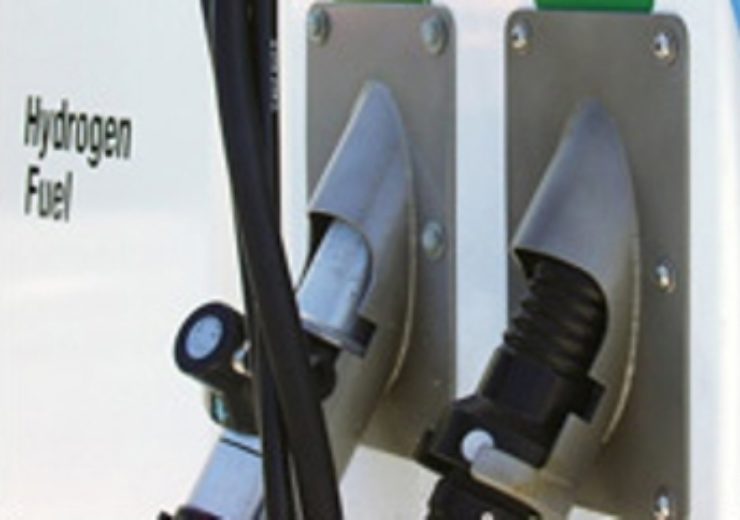 Amid the ongoing discussion over renewable energy and its potential ability to replace fossil fuels with a clean alternative, hydrogen fuel cells can often be overlooked.

The technology presents a method of electricity generation involving no combustion, relying solely on hydrogen and oxygen for its fuel which combine to create very little pollution, with water as the primary byproduct.

It has profound implications for transport, with the potential to act as an alternative fuel source for cars, buses and trains around the world.

Meanwhile, several blue ribbon firms across multiple industries have adopted hydrogen fuel cells as their primary and backup energy source, from Apple and Coca-Cola to Google and Walmart.

How do hydrogen fuel cells work?

Hydrogen fuel cells produce an electrical current which can be stored and then used to power anything from a light bulb to an electric motor.

The most common type uses an anode to strip hydrogen atoms of their electrons, ionising them and creating a positive electrical charge.

This then combines with oxygen which enters the fuel cell at its cathode, catalysing a chemical reaction that produces electricity and water.

This process does not rely on combustion and is therefore not limited by the thermodynamic laws that can stifle a conventional power plant, otherwise known as the “thermal bottleneck”.

The downside, however, is that hydrogen fuel cells are an extremely expensive and nascent technology, still in need of development before becoming commercially viable at scale.

Additionally, various other technical faults have yet to be ironed out, with problems such as short travel distances and sensitivity to changing temperatures remaining an issue with regards to the technology’s use in the transport sector.

What are the applications of hydrogen fuel cells?

Stationary hydrogen fuel cells, which can reach an energy efficiency rate of 60%, can provide clean power to homes, businesses and telecommunications networks.

The technology can be installed on-site, meaning there are no efficiency losses via long-range grid transmission.

It also takes up less space than other clean energy systems, with about an acre of land being surplus to requirements for a 10MW fuel cell installation, compared with the ten acres need per MW of solar and 50 acres per MW of wind.

Hydrogen fuel cells can also be made portable, allowing for mobile electricity generation which can power electronic devices and recharge batteries.

Perhaps the biggest selling point of portable hydrogen fuel cell technology is its ability to create a wireless experience of consumers, who can swap out power cords and adapters for fuel cartridges.

Additionally, because they don’t rely on the grid, portable hydrogen fuel cells can be useful in remote areas and during emergencies when traditional power supplies are offline.

Recent advances in fuel cell vehicle (FCV) technology have made the idea of a hydrogen-powered car, which has a 350-mile range, emits nothing but water vapour and can be filled up in less than five minutes, more realistic than ever.

Various global automakers including Hyundai and Toyota have been busy launching FCV offerings in the US, primarily California, over the past few years, with the country’s abundance of natural gas serving as a prime resource for the requisite hydrogen.

When using hydrogen from solar or wind electrolysis, FCVs emit no CO2 emissions whatsoever throughout their entire life cycle.