What are the major pros and cons of biomass energy? 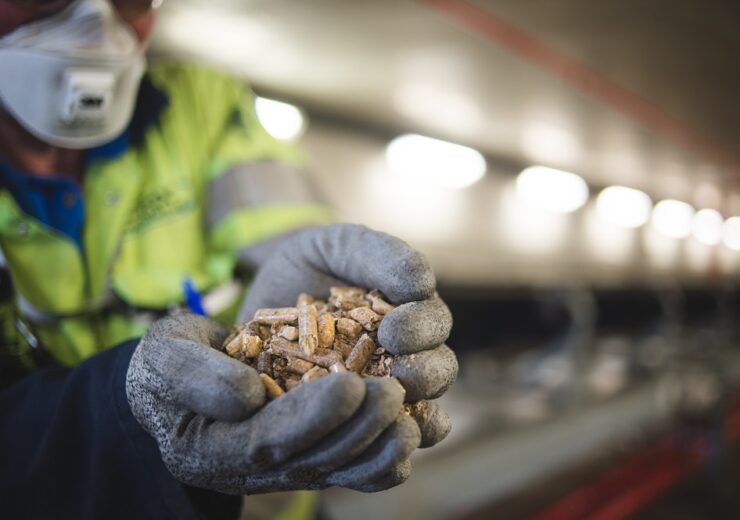 Like any form of energy generation, the use of biomass has both pros and cons.

A collective term for all plant and animal material, biomass can take many forms – from plants and wood, to animal and agricultural waste.

In power generation it is commonly used as wood pellets that are harvested from forests and burned to release energy.

At a time when coal-fired power plants are being phased out due to climate and environmental concerns, it is becoming an increasingly-considered option for alternative power generation.

Biomass can also be used more indirectly, by converting organic material into biofuels that can be used as alternative energy carriers to traditional fuels like diesel or petroleum.

So while the pros of biomass energy revolve around its potential as an alternative to fossil fuels, its major cons stem from concerns that it is still a fuel that releases emissions – and that large forested areas often need to be removed to produce feedstock.

The pros of biomass energy

As the availability of biomass sources such as plants, manure and waste may not diminish compared to finite fossil fuels, the alternative source of energy is considered by many as a renewable form of energy.

Trees and crops can be replanted to offset those that are removed – although effective agricultural and land management is essential to ensure resources do not become depleted faster than they are used.

Other organic materials such as food and animal waste are constantly being produced, and on a much shorter timescale than it takes for trees to be cultivated.

As biomass sources can be converted to fuels and electricity, they can help in reducing the dependence on fossil fuels.

The global energy system is shifting its focus away from fossils like coal, oil and gas as measures are taken to address climate change, meaning new sources of energy are needed to fill the gap.

While renewable technologies like wind and solar will likely dominate the future energy mix, biomass-fired power generation has also emerged in this transitional period. Many former coal plants are in the process of converting their existing equipment to run on biomass feedstocks.

Meanwhile, biofuels will be important alternative energy carriers to fuels like diesel and petroleum, to be used in transport, heating and some industrial processes.

There is some debate about whether or not biomass can in fact be considered a carbon-neutral source of energy.

The argument in favour is due to the fact that, although carbon emissions are released when burning, plant material like trees actually remove CO2 from the atmosphere during their lifetime through photosynthesis.

The balance of this equation largely comes down to sustainable and responsible crop management.

If biomass power plants can be equipped with effective carbon capture and storage technologies, there is an extra dimension to claims of carbon neutrality – and some companies have even made bold claims for becoming carbon-negative using this technique.

There is another aspect to consider too. As the International Energy Agency says: “The full supply chain must be considered, and all emissions associated with the production, processing, transport and use of bioenergy need to be included.”

Generating energy from organic waste materials can greatly help in waste management, which has become a major issue in many countries.

A number of waste-to-electricity power plants have been developed around the world, which can provide an alternative destination for discarded biomass materials, rather than being sent to landfills.

There is a growing availability of animal and plant waste, as production and consumption levels continue to rise, and finding ways to re-use these materials will be an important aspect of future sustainability goals.

The cons of biomass energy

While there is an argument for carbon balancing – due to the carbon dioxide that is removed from the atmosphere by trees and plants during their lifetimes via photosynthesis – these are nevertheless emissions that could be avoided if other renewable sources like wind or solar were used instead.

In addition to CO2, burning biomass fuels results in the release of various other harmful gases such as carbon monoxide, NOx (nitrogen oxides), and VOCs (volatile organic compounds), which all contribute to air pollution.

Providing the feedstocks used in biomass power plants – frequently in the the form of wood pellets – requires large areas of forest and woodland to be cut down.

Proponents will argue that all trees are replaced with new ones, that can grow, remove carbon, and be used for future energy needs – but this cycle requires strict adherence to sustainable land management and responsible agriculture throughout the supply chain.

And as biomass power stations grow in number, demand for these materials will multiply accordingly – exerting greater pressure on a natural resource that is already under threat from other industries.

There are biodiversity considerations too, because while an area of forest might be replaced to grow anew over time, the wildlife and ecosystems that are displaced by these actions are faced with a more immediate challenge that is not solved by planting young trees.

The construction and operating costs of a biomass energy plant can be expensive in relation to traditional forms of power generation.

The seasonality of biomass supply and a wide variability in available sources present a potential challenge for biomass energy plants.

Facilities must be able to cope with the ups and downs associated with the changing of the seasons, which can vary greatly.

Energy generation from biomass containing multiple components may also not have the same efficiency compared to the usage of single source.