Research warns that current plans for switching coal power plants across Europe to run on biomass fuel could cause extensive deforestation, without yielding immediate carbon savings 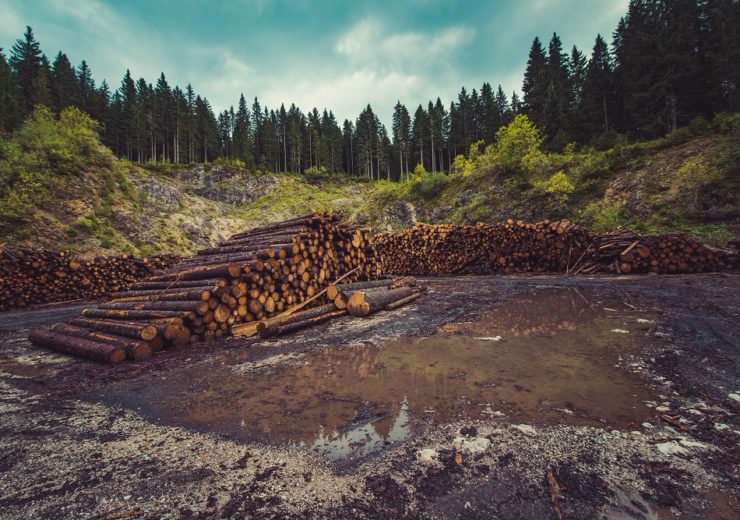 Sandbag estimates current biomass conversion plans would require a 2,700 square kilometre area of trees to be cut down annually

Policymakers across Europe have been urged to end subsidies for biomass power projects, with a new report warning that rising demand for the wood-based fuel could lead to “staggering” levels of deforestation.

Many of the region’s coal-fired power plants have laid out plans to transition away from burning the emission-heavy fossil fuel by converting their existing facilities to instead cater for biomass – typically wood in the form of small pellets.

The switch to biomass is largely being supported by government subsidies to the tune of $7bn across the European Union each year.

Supporters of biomass argue that it provides a renewable, less-polluting alternative to coal as new trees can be planted to replace those used for fuel – and that these can in turn contribute to the removal of carbon dioxide (CO2) from the atmosphere over their life cycle.

Forested areas have been identified as important resources in tackling climate change due to their intake and storage of CO2 as they photosynthesise.

But the report from climate think tank Sandbox finds that current policies among European coal firms to switch to biomass could double global demand for wood pellets – representing an area equivalent to half of Germany’s Black Forest each year – for the return of less than 2% of EU electricity production.

It estimates that 36 million tonnes of wood pellets would be needed to supply the new projects – similar to existing production levels worldwide – adding that the fact much of the wood burned is sourced from North America means there is an extra environmental cost in transportation.

Sandbag’s senior energy and policy analyst Charles Moore said: “The scale of the forest cut down to run these power plants is staggering – it’s impossible to believe coal companies when they argue that the switch to burning forests could be good for the climate.”

The research suggests that across the coal-to-biomass projects currently underway in Europe, around 67 million tonnes of CO2 would be generated annually from burning the wood fuel – equivalent to half the emissions from Poland’s coal power stations.

It adds that 10 “megaprojects” based in Finland, Germany, Ireland, Spain and the Netherlands account for more than half of this capacity – with the Dutch market alone contributing more than a quarter of this biomass demand.

He added: “This report is horrifying from a climate perspective, before even considering the biodiversity aspects of such large scale forest removal.

“Because of flawed assumptions of ‘carbon neutrality’ and the ability to ignore the tens of millions of tonnes of CO2 emitted from biomass power stations, some member states are spending huge amounts of public money to make climate change worse.

“This is despite the huge amount of science showing the counter-productive nature of biomass, and the recent science emphasising the urgent necessity of stopping deforestation and increasing forest carbon stocks.”

UK power station Drax, which was formerly fully fired by coal, last week pledged to become the world’s first “carbon-negative” company on the back its plans to combine biomass combustion with carbon capture and storage (CCS) technology.

Four of the six generation units at Drax have been converted from coal to biomass, while the remaining two are set to be taken offline by 2025.

The electricity producer defends its biomass strategy by citing the Intergovernmental Panel on Climate Change and the UK Committee on Climate Change, which have both acknowledged that bioenergy with carbon capture and storage (BECCS) can play a role in achieving net zero emissions targets by 2050.

The Sandbox research argues that the attention of policymakers should instead be focused of other sources of renewable energy such as solar and wind, which are often less expensive to develop than converting old coal plants to run on biomass as well as delivering more immediate carbon savings.

Responsible investment charity Share Action’s scientific adviser Jo Alexander said: “Rather than investing in biomass power stations, which in turn expands the market for wood that will be burnt, the market needs to support the expansion of genuinely low carbon renewable energy such as solar and wind, as well as find ways to value and maximise the carbon held in forests ecosystems.

“We encourage investors, who are increasingly aware of the risk that the climate emergency poses to their investments, to challenge the utility companies responsible for the expansion of biomass power, as well as their financial backers.”