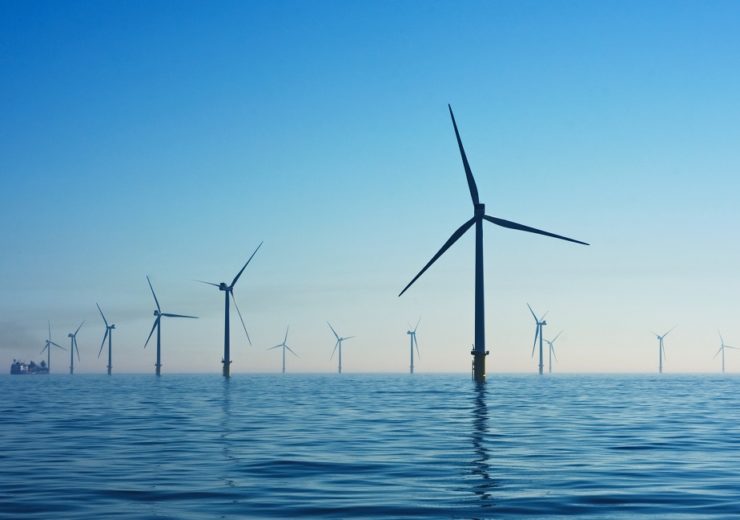 The programme builds on the Offshore Wind Sector Deal that was published by the government in March 2019 (Credit: New York State)

The “near limitless” potential of offshore wind power could provide more than enough electricity to satisfy current levels of global demand, according to the International Energy Agency (IEA).

By 2040, offshore wind activity is expected to undergo a 15-fold increase to become a $1tn industry, as technology develops and policymakers worldwide hasten their efforts to boost renewable energy capacity amid growing concerns over climate change.

Europe has been the prominent driver of development in the industry, and is expected to be the “powerhouse” of future expansion – although China and the US will be growing contributors to wind capacity over the next twenty years.

A wide-ranging report by the energy watchdog concludes that, despite the persisting dominance of fossil fuels in global power generation, clean energy derived from offshore wind infrastructure has “the potential to become a mainstay of the world’s power supply”.

IEA executive director Dr Fatih Birol said: “In the past decade, two major areas of technological innovation have been game-changers in the energy system by substantially driving down costs – the shale revolution and the rise of solar photovoltaics.

“More and more of that potential is coming within reach, but much work remains to be done by governments and industry for it to become a mainstay of clean energy transitions.

“That work includes putting in place polices to promote investment and spur innovation.

“Offshore wind not only helps to put the global power sector on track for full decarbonisation, it also becomes the leading source of electricity in Europe and enables hydrogen to dramatically cut emissions from sectors such as iron, steel and shipping.”

Europe has led the pack in developing offshore wind infrastructure

Europe has taken a leading role in pioneering offshore wind technology, with the current capacity across the European Union standing at almost 20 gigawatts (GW).

The IEA reveals that, under current policy scenarios, that figure is expected to rise to around 130GW by 2040 – although if the region succeeds in meeting its decarbonisation targets it could be even higher, with wind accounting for 180GW of power generation and becoming the largest single source of electricity for the area.

The UK, Germany and Denmark have led the pack among European nations, with Denmark notably producing 15% of its overall electricity supply in 2018 from offshore wind sources.

China will want to play a major long-term role in the growth of offshore wind capacity, spurred on by its efforts to tackle air pollution within the country.

By 2025, the capacity of China’s offshore turbine infrastructure is forecast to outgrow that of the UK – making it the largest national wind energy project in the world.

Over the next two decades, the superpower’s offshore wind capacity is expected to grow from its current 4GW level to 110GW – potentially rising to 170GW if policies designed to meet global sustainable energy goals are met.

Both China and the US have been able to build infrastructure close to major population centres, making the process of diversifying their respective energy mixes a simpler one.

Fleets of turbines have been put in place along China’s southern and eastern coastlines, while in the US major projects have sprung up off the densely populated eastern seaboard.

Along the US’ Pacific coastline, offshore wind development has been a more challenging proposition, due to the depth of the ocean and various environmental protections in place to protect the marine ecosystem.

Floating turbines could be the solution to such hurdles along the Pacific coast and indeed other oceanic regions with similar restrictions.

The IEA report states: “The huge promise of offshore wind is underscored by the development of floating turbines that could be deployed further out at sea.

“In theory, they could enable offshore wind to meet the entire electricity demand of several key electricity markets several times over, including Europe, the US and Japan.”