The wind power project has also received $250m of investment from Norway's government and a further $62m from the NOx Fund, an initiative dedicated to curbing emissions 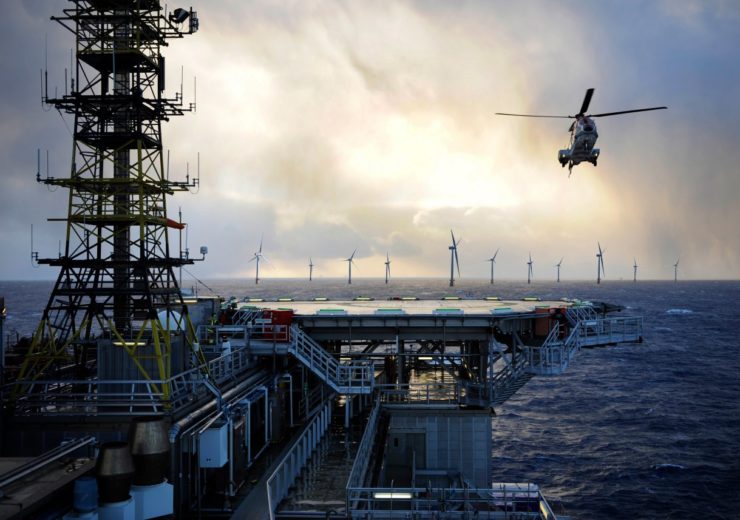 An illustration of the planned Hywind Tampen facility (Credit: Equinor)

Equinor announced on 11 October it will invest $550m in the world’s first offshore wind farm built to power oil and gas platforms.

The 88 megawatt (MW) Hywind Tampen facility, due to come online in 2022, will supply energy to the Snorre and Gullfaks platforms located in the southern part of the Norwegian Sea.

The project has also received $250m of investment from Norway’s government and a further $62m from the NOx Fund, an initiative dedicated to curbing emissions.

“The decision by the Snorre and Gullfaks partners helps bring this technology an important step forward.

“About 80 % of the global resource potential for offshore wind is in deep waters, and floating offshore wind may play an important part in the energy transition towards more sustainable global energy supply.

Hywind Tampen will comprise 11 wind turbines developed by Equinor, each with a capacity of 8MW, that will supply 35% of the annual power demand from the five Snorre A and B and Gullfaks A, B and C platforms.

The oil and gas giant claims the use of these turbines on its oil platforms will cut its carbon emissions output by more than 200,000 tonnes a year, equivalent to removing 100,000 passenger cars from the road.

“We are driving a transition aimed to sustain and add value on the Norwegian continental shelf, while reducing the carbon footprint from our operations.

“The authorities’ consent to extending the productive life of the Gullfaks field to 2036 and the Snorre field to 2040, up to 20 years longer than when the fields were initially planned, has been essential to realising the Hywind Tampen project.”