Global solar capacity set to surge over the next decade, with China leading the way

China and the US will continue to dominate new global solar photovoltaic capacity, but new players in Asia Pacific and Europe will up their contributions 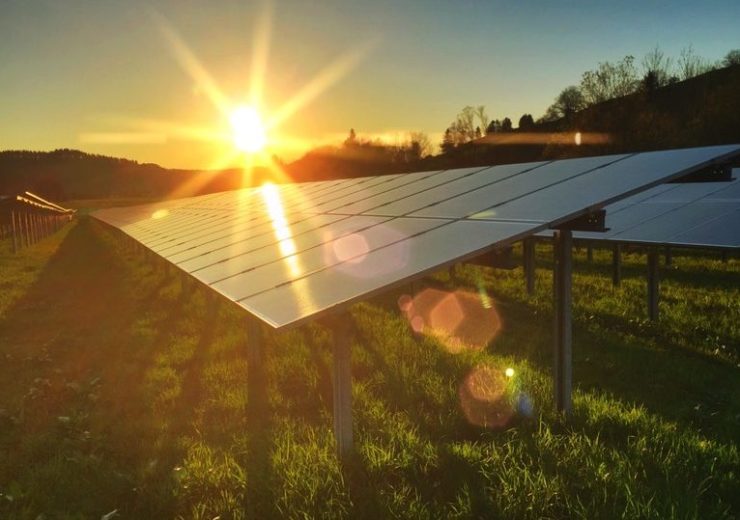 Global solar PV capacity is set to increase dramatically in the next decade (Credit: Lightsource BP)

Global capacity for solar photovoltaic (PV) power is expected to increase almost three-fold over the next decade, with Asia Pacific (APAC) regions – and China in particular – leading the way.

Research by business intelligence firm GlobalData, predicts PV capacity worldwide will increase from its current level of 593.9 gigawatts (GW) to 1,582.9GW by 2030.

With the US and China having led solar investment since 2006, the likes of India, Japan and Germany are expected to contribute significantly to new projects moving forward.

GlobalData power analyst Anchal Agarwal said: “APAC is the largest regional market in terms of cumulative capacity, with a share of 58.1% of global solar PV capacity in 2018.

“In terms of net annual additions, APAC alone installed 64.5GW of solar PV, which represents 70.8% of net installations in the same year.

“APAC is expected to remain the largest market during the forecast period 2019 to 2030 due to an increase in capacity installations, led by countries such as China, India and Japan.

“The regulatory framework and policy structure supporting renewable energy in various regions and countries have led to significant development in the global solar PV industry, and have driven the leading solar PV nations in growth trajectories.

“In the wake of growing energy security and environmental concerns, most countries are expected to strengthen their solar PV support mechanisms, which will help the global industry to maintain growth in the coming years.”

China leads the way from US in solar PV capacity

China in particular is responsible for new solar capacity installations – adding 53.1GW of solar PV between 2010 and 2018, and targeting an overall solar capacity of as much as 270GW by next year.

It plans to add a further 25GW each year between now and 2030 – accounting for about a third of global capacity added during that time.

Argwal said: “China is the largest market for solar PV in the world. Solar PV capacity in China increased significantly from 864 megawatts (MW) in 2010 to 174.8GW in 2018.

“In September 2018, China increased its target for renewables to account for at least 35% of electricity consumption by 2030.

“The new plan boosts 2020 targets for non-hydro renewables for the regions of Inner Mongolia, Yunnan and Xinjiang, with Inner Mongolia’s goal for this year increasing from 13% to 18%.

“The country’s target of 105GW of cumulative installed PV power, which was originally planned to be achieved by 2020, has already been surpassed by more than 50% in 2018.”

The US, which remains locked in an uneasy trade stand-off with China, is set to continue its own solar PV capacity expansion, accounting for 12.9% of cumulative market share last year.

Argwal said: “The US added 10.6GW of annual capacity in 2018, with the highest additions coming from states such as California, Texas and North Carolina.

“Elsewhere, India, Japan and Germany are expected to have significant capacity additions during 2019 to 2030.

“The average annual addition in India is estimated to be around 10.8GW, while that of Japan is estimated at 4.8GW, and 3GW for Germany.”

In 2017, China opened a 1km stretch of “solar power highway” in the Shandong province’s capital Jinan as part of its long-term ambitions to dramatically widen the scope for collecting reserves of the renewable energy source.

Vehicles are able to travel over the highway, which comprises a protective surface layer made of transparent concrete, which can reportedly handle 10-times the pressure of standard asphalt.

Beneath that is a middle layer of solar-powered batteries, which generates the road’s electricity, above a waterproof insulation layer to prevent the accumulation of damp from the ground below.

It is estimated that roughly 40,000 cars will be able to drive over the solar highway every day, power from which will be used to feed streetlights, billboards and CCTV cameras, as well as to heat the roads surface to melt any snow that gathers on it.