PowerHouse Energy will be based at the Protos development near Manchester, where its DMG technology will be used to turn plastic waste into hydrogen 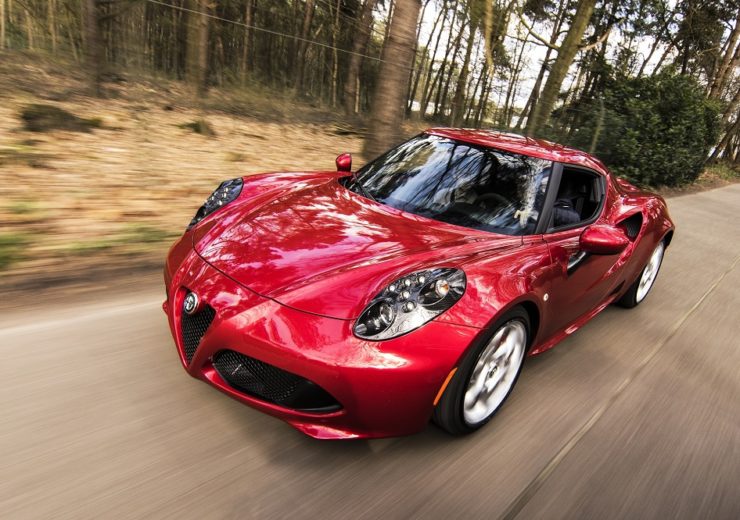 Could hydrogen generated from plastic waste power the cars of the future? (Credit: Pixabay)

Plastic waste is a big problem for the world right now – but could it be made useful by converting it into energy? Thomas Parker speaks to David Ryan, CEO of PowerHouse Energy, which is using new technology to recycle the material into low-emission hydrogen that will eventually power the cars of tomorrow.

The year is 2040, and Fast and Furious 56 has just hit cinemas with an ageing Dwayne Johnson still heading the credits.

But there’s one big difference to the fire and brimstone of its high-octane supercars that have traditionally fuelled interest in the street-racing franchise — hydrogen power.

The burning lights that illuminate hordes of people spilling from the movie theatre are also powered by the same energy source that’s just been used to blast the vehicles across the screen.

Perhaps more surprisingly for today’s climate activists, though, is that the hydrogen power has been created by high-tech factories taking waste plastic and converting it into the eco-friendly energy source.

This may seem like a far-fetched idea reserved for the Back to the Future franchise, but it’s a very real aim of an industrial development in the north-west of England.

What is the Protos resource recovery site?

Located next to the town of Ellesmere Port that sits between Manchester and Liverpool, the £700m ($910m) Protos project aims to develop power from sustainable sources that have yet to be fully utilised in the energy mix.

Resource recovery is at its heart, with the aim of creating value from waste that would otherwise go to landfill.

A number of businesses will be clustered across the 134-acre site, which sits alongside the Manchester Ship Canal trade route that once helped to power the British Empire, with various waste-to-energy operations.

The ultimate goal is to generate at least 140 megawatts (MW) of heat and electricity each year, which could power “more than a quarter of a million homes”.

While parts of the site will turn wood and general waste into combustible natural gas, one of the headline-grabbing technologies involves converting plastic into hydrogen – with a particular eye on fuelling vehicles.

PowerHouse Energy is a technology provider working in this space alongside energy companies such as AFC Energy and Waste2Tricity.

CEO David Ryan says: “In 50 years’ time, hydrogen may well be the fuel that we are all using.

“It’s going to be a long road to that, but we believe that our technology is a stepping stone towards the use of hydrogen, certainly in road transport fuel.”

The Protos energy and innovation hub is being developed by land management company Peel Environmental and is part of the government-backed Northern Powerhouse scheme.

Championed by then-Chancellor of the Exchequer George Osborne in 2014, the Northern Powerhouse was designed to build a connected and competitive northern economy with a strong private sector.

Construction started in late 2015 and is now on the second phase, with some businesses already on the site.

Thornton Science Park — the University of Chester’s science and engineering department, featuring laboratories, workshops and office space — is also located on the development.

The relationship between Protos and Thornton is designed to deliver an educational link, providing investors and on-site companies access to a skilled and future-proofed workforce.

Alongside waste-to-energy facilities, Peel Environmental also aims to have a recycling business on site, with Advanced Sustainable Developments in talks to place its first UK plant at New Ellesmere Port – the name of the land on which Protos sits.

Why is hydrogen power important?

In October 2018, the UK Committee on Climate Change (CCC) released its Hydrogen in a low-carbon economy report, which states hydrogen is a credible power source to aid the decarbonisation of the country’s energy system.

On the other hand, when plastic waste has generated power until now, it has been converted back into synthetic crude oil by breaking down long-chain molecules using heat.

This may be a solution to the waste problem but it still has environmental implications, such as its refinement causing air pollution.

To do this, scientists added a light-absorbing material to the plastic by placing it in a solution and exposing it to sunlight.

The element is gradually being recognised by the energy and transport industries for its versatility.

Alongside hydrogen being used to power vehicles, people involved in the industry envision it being used to heat homes through existing gas networks — further lessening the impact of fossil fuels on the environment.

For it to be used in such a capacity, hydrogen can be stored as a pressurised gas in pipes or salt caverns.

The substance can also be transported in pressurised tanks or bottles, as well as being stored and used in fuel cells.

Politicians and academics in the CCC believe the UK government should support early demonstration of everyday use, which would be designed to establish the practicality of hydrogen replacing natural gas.

What is PowerHouse Energy? How it turns plastic waste into energy

In a lab on Thornton Science Park, a large silver-plated generator sits in the middle of a workshop floor.

Each day, scientists and engineers send different types of contaminated, unrecyclable plastic into the system, where it is heated and vaporised into gases.

It’s all part of the research that will eventually be replicated in real-life terms on the neighbouring Protos site in just over a year’s time – turning 35 tonnes of the “dirty” plastic into 47 tonnes of gas and two tonnes of hydrogen each day.

PowerHouse Energy’s DMG energy recovery technology has already been earmarked for use by Waste2Tricity, a clean energy developer that will sell the power to the grid.

Ryan says: “Part of the future of our technology is tackling plastics that are either going to the landfill or going to incinerators.

“We also want to deal with plastics going into incinerators, which is a problem because they are very calorific and tend to catch fire within the incinerators too early or they take capacity out of it.”

Towards the end of 2019, it was announced that PowerHouse Energy is set to purchase Waste2Tricity.

Launched at the turn of the century, PowerHouse Energy has been listed on the London Stock Exchange’s AIM market since 2011.

The company’s single objective is to identify, engineer and develop an appropriate solution to the growing problem of diverting waste from landfill and converting it into commercially viable products.

Its global client base comes largely from recyclers and plastics companies that are interested in adding PowerHouse’s processes onto their existing infrastructure.

A core part of its efforts to do this is through its DMG waste-to-energy technology, a new form of chemical recycling designed to take waste plastics and recover the maximum amount of power.

In order for the technology to work, the plastic waste — about a tonne-and-a-half at a time — is shredded into similar-sized pieces to allow it to be fed into the DMG Thermal Conversion Chamber, operated at around 1,000C.

To convert this waste into power, the process involves plastic being heated and vaporised into gases.

The technology the organisation uses controls the environment in the chamber to break down the resulting hydrocarbons and convert them into the main constituent gases, which include methane, carbon monoxide and hydrogen.

A final planning application still needs to be ratified by Cheshire West and Chester Council in January, with Waste2Tricity hoping the 10-month construction project for its site on the Protos business park will be completed by the end of 2020.

For PowerHouse Energy, this might be just the start of an exciting story for its innovative technology.

“There’s lots of recyclers in the UK, so it’s easy for us to find locations for our facilities,” adds Ryan.

“Peel Environmental says there’s enough plastics for 50 of our units just in the north-west.”

With the technology trialled, tested and ready to go, it could just be a matter of time before Dwayne Johnson and co are wowing audiences worldwide in cars powered by hydrogen.