China is tipped to replace Britain as the world's biggest offshore wind power market by 2030, according to Bloomberg New Energy Finance - but some commentators believe it could be even earlier 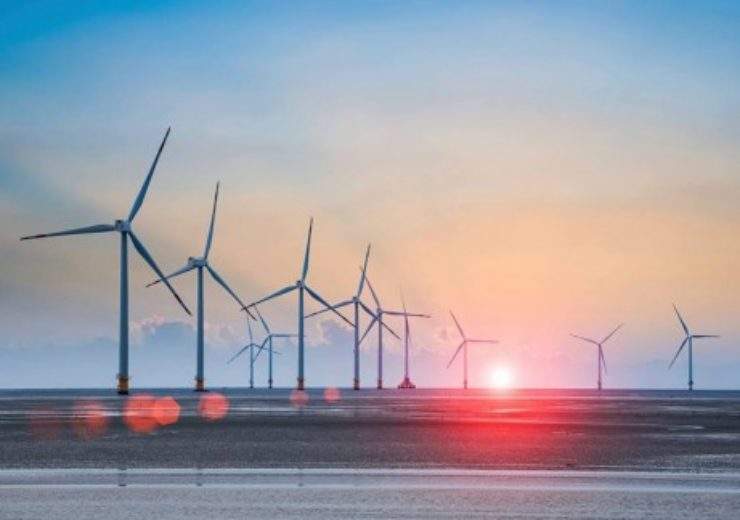 The offshore wind power market is now worth $60bn globally

Offshore wind power is one of the most promising forms of renewable energy, and a handful of countries have historically dominated the list of its biggest markets – but now a change at the top looks to be on the cards.

In 2017, the UK led the rest of the world in terms of capacity, with its various wind farms based in surrounding waters contributing 6.8 gigawatts (GW) to the global market’s total of more than 17GW, according to data website Statista.

A recent report by Bloomberg New Energy Finance, however, shows China is going to leapfrog both Germany and Britain by 2030, and become the largest single contributor to what is by then projected to be a global capacity of 115GW.

Here, we profile the biggest contributors to the $60bn (£46bn) offshore wind market, how they’ve grown recently and where they might rank on the world stage in the future.

However, the extent of this disparity is not reflected in the outputs of both sectors, with onshore producing 12.7GW to offshore’s 7.9GW in 2018, highlighting the potential of the latter to become the focal point of UK renewable energy as it prepares to double its capacity over the coming years.

Investment in the British offshore wind market is expected to reach £18.9bn by 2021, and will account for 30% of the country’s power needs by 2030.

This will mean delivering 30GW of operational capacity over the next decade, which not-for-profit energy trade association RenewableUK claims will double jobs in the sector to 27,000.

The country is also home to the upcoming Walney Extension – a giant project from Norwegian firm Orsted, with a capacity of 659MW that will make it more productive than any other farm of its kind once it’s built later this year.

Despite this, Bloomberg and many others predict China will have considerably more capacity installed by 2030.

Germany’s operational offshore wind capacity grew by 969MW in 2018, making for a current total of 6.4GW, with it now accounting for 8% of the country’s power demand.

It has a number of installed turbines yet to be connected to the grid and switched on, representing a potential 276MW boost sometime in the near future, along with another 966MW worth of capacity under construction.

The country’s government has pledged to have renewable power account for 65% of its energy needs by 2030, though a number of industry bodies including the German Wind Energy Association have urged it to commit more wholeheartedly to the target.

In a joint statement on 22 January, they said: “In order to contribute to achieving the goals set out, the offshore wind industry needs to expand to at least 20GW by 2030 and at least 30GW by 2035.

According to Bloomberg’s report, Germany will have the third largest offshore wind capacity by 2030.

Bloomberg’s report tips China to overtake Germany and the UK as the leader for installed offshore wind capacity by 2030.

While it currently sits some way behind Britain, its growth in recent years has been staggering as the country almost doubled its capacity in 2017, introducing more than 300 turbines and 1GW of new power that year.

The country’s goal is to have 5GW of offshore wind capacity up and running by 2020, while by that year construction will have begun on an additional 10GW, highlighting the steep growth curve it has placed itself on.

It’s predicted to take the number one spot as the biggest offshore wind producer by next year, with some reports estimating Chinese capacity will surpass 15GW by the end of 2020.

The most common prediction, however, is for the country to take top spot by 2022.

The Chinese government has set itself ambitious renewable energy targets, which, to be met, will require 5GW of new capacity every year up until 2030.

It has already proven it can expand this market quickly, though, going from a minor presence in the industry in 2001 to overtaking the US in 2010 and now standing on the precipice of having the most capacity of any country in the world.

Towards the end of June 2018, the Danish government approved a new energy agreement that set out plans for three new offshore wind farms to be built by 2030, with a combined capacity of 2.4GW.

The plan was introduced to help the country reach its target of meeting 55% of its energy demand with renewable energy by 2030.

Danish company Orsted is among the most prolific in the global offshore wind industry, with ambitious plans to install 15GW of capacity globally by 2025, after pledging a 26bn euros (£23bn) investment.

Denmark’s projected domestic growth in offshore wind is not sufficient to land it a spot on Bloomberg’s five largest markets by 2030, however, with both France and the US set to overtake it over the next decade.

The Dutch government aims to have 40% of its energy consumption supplied by renewable sources by 2030, and to that end plans to introduce three new offshore wind farms to the tune of 20bn euros (£17bn) by the same date.

In addition to significantly helping the country reach that target, its three planned wind farms are expected to create up to 10,000 jobs.

They will build on the five wind farms due to be completed by 2023, as laid out in the Netherlands’ 2013 Energy Agreement, which are expected to increase the country’s offshore wind capacity by 4.5GW.

Courtesy of these projects, it is projected by Bloomberg to slide into fourth place on the list of the biggest offshore wind markets by 2030.