How do you solve a problem like Wylfa Newydd? Exploring the regulated asset base nuclear financing model

After Hitachi suspended plans to build Wylfa Newydd nuclear power plant, the UK government is exploring the idea of a regulated asset base funding model - but what is it? 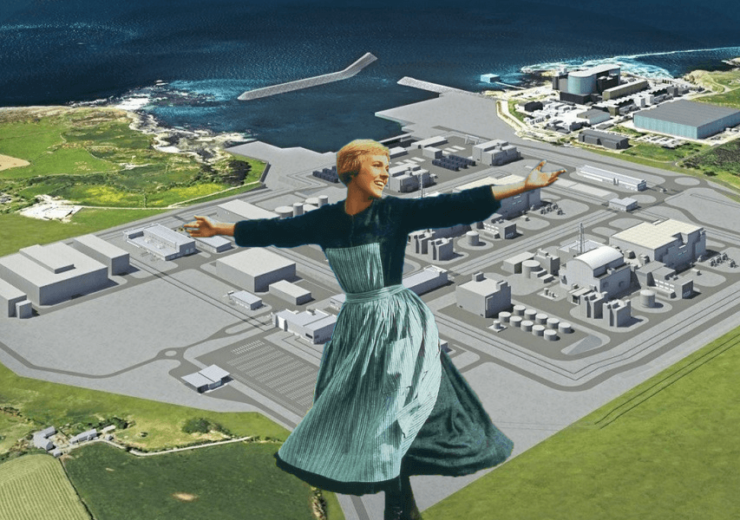 Financing new nuclear power plants is causing a headache for the UK government right now – but one of the proposals on the table is the regulated asset base model.

The alternative funding mechanism is being explored following the news that Japanese engineering giant Hitachi has suspended the £20bn construction of the Wylfa Newydd nuclear power station due to financing issues.

The Wylfa Newydd suspension follows announcement in November that its £15bn Moorside nuclear plant in Cumbria has also stalled – with the future of that project looking uncertain after owner Toshiba pulled the plug once it was unable to find a buyer.

The government has identified nuclear energy as having a key role in a “secure, low-carbon, affordable energy future”.

There are 15 reactors in Britain, generating 21% of the country’s electricity – but almost half this capacity will be retired by 2025, with all but one offline by the mid-2030s.

It’s meant new plants are needed sooner rather than later to replace this old stock, and work is underway on Somerset-based Hinkley Point C, Suffolk-based Sizewell C and Bradwell, in Essex.

But after the Moorside and Wylfa Newydd projects stalled, the government admitted it is now exploring the possibility of using a regulated asset base (RAB) model in future to ensure the UK’s nuclear projects reach construction.

Speaking in Parliament last week, Business Secretary Greg Clark said: “If new nuclear is to be successful in a more competitive energy market – which I very much believe it can be – it is clear that we need to consider a new approach to financing future projects, including those at Sizewell and Bradwell.

“As I initially set out in June, we are therefore reviewing the viability of a regulated asset base model and assessing whether it can offer value for money for consumers and taxpayers.”

Mr Clark said the Department for Business, Energy and Industrial Strategy (BEIS) intends to publish its assessment of this method by the summer at the latest.

What is a regulated asset base funding model?

A RAB model is used to incentivise private investment into public projects by providing a secure payback and return on investment for developers.

Within this mechanism, energy companies manage the infrastructure project, taking ownership of the assets and operating costs.

In return, they will be able to raise revenue, often through customer bills, and can also be offered government subsidies.

This guarantees a longer rate of return, which reduces the risk on investment for capital intensive projects — such as the construction of power plants.

For customers, they can expect a more reliable power supply and better quality service due to new investments.

However, RAB effectively grants one company a monopoly over a service.

To counteract this, a government regulator or watchdog will ensure that prices are not set too high and to provide efficiency incentives that would normally be motivated under a competitive market.

Arguments against the regulated asset base model

Opponents to the model suggest RAB is effectively an “open cheque book” for developers to spend what they like on construction, with consumers locked into paying the costs regardless.

Energy customers would have to shoulder the burden if a project goes wrong, such as in the event that construction takes longer than planned and costs spiral.

And with construction projects often overrunning and costs on average 20% more than original budgets, according to researchers from Imperial College London, this wouldn’t be beyond the realms of possibility.

In August, shadow energy minister Alan Whitehead MP told Greenpeace’s news website Unearthed: “The problem with this model as applied to new nuclear power stations is that it transfers all the risk of construction from the developer to the customers, with the rather wobbly promise of benefits to come in the future.”

Could a regulated asset base model be well suited to nuclear power projects?

The RAB model is particularly useful for encouraging investment into new infrastructure projects or the modernisation of existing ones.

The cost of constructing a new nuclear plant can often stretch into the tens of millions, and is a risky and resource-intensive project to undertake.

This is part of the reason why the Business Secretary is currently assessing the viability of the RAB model for new nuclear projects.

“Further, due to the complexity of the projects, there are unforeseen delays that could increase the project cost significantly.

“This leads to a huge risk for nuclear power project developers.

“RAB is a good tool to attract private investments in the sector, where otherwise investors would shy away.

“The investors are able to see a fixed rate of return as the project is being built, counteracting the high cost of capital for nuclear power projects.

“It is revised at regular intervals to take into account increases in capital expenditure – subject to regulatory approval – and because of the regulatory protection and government backing, RAB is treated as a strong securitisable asset.”

Critics of the model have suggested it simply shifts the risk of the development from private investors to consumers, with many of the funds levied through consumer electricity bills.

Mr Singh adds: “Consumers are effectively paying for an asset that will come up some time in the future, with all the risks associated with it.

“Further, with the cost escalations associated with nuclear power projects, there is an additional uncertainty regarding how much it will add to the consumer power bill.

“The model has so far not been used for projects as expensive as nuclear power plants, which is seen as a key cause for concern.

“Because of the lack of use cases in the nuclear power domain, the stakeholders are expected to be wary of the RAB mode of financing for nuclear power plants, and rightly so.

“This adds to the already negative sentiment against nuclear due to safety aspects, high costs, and time and cost escalations.

“However, the government may have to bite the bullet in order to sustain the development of nuclear power through private investments.”

Other projects using the regulated asset base model

The RAB model is not exclusively used for nuclear projects and has been adopted in the UK to fund public transport and water works infrastructure.

Other use cases include gas and electricity distribution.

The 15-mile long sewage system was implemented to help alleviate issues with London’s Victorian sewers and prevent polluted water and sewage from flowing into the river through overflow.

The Thames Tideway Scheme began construction in 2016 and has a planned completion date of 2023.

However, its use of the RAB model was criticised by Sir Ian Byatt, former director-general of industry regulator Ofwat.

He told the Financial Times: “If a company has a big capital project, it should put money aside to fund it.

“Thames [Water] hasn’t done that — it’s paid out every penny in excessive dividends and left Londoners to pick up the bill for the new sewage tunnel.”