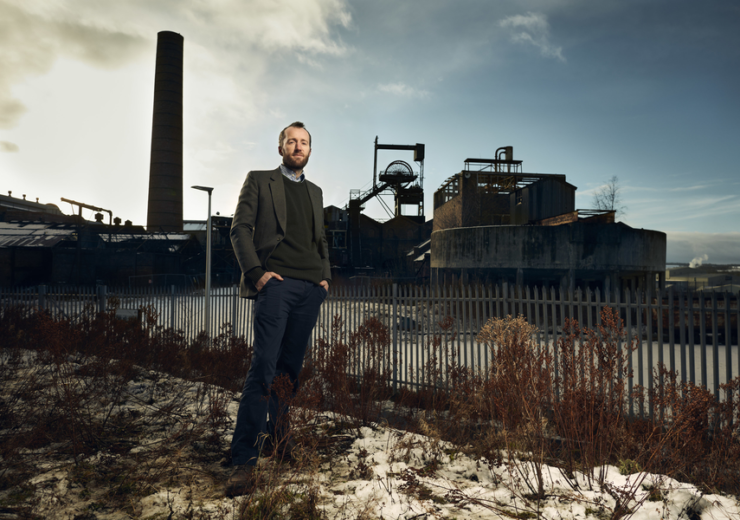 Edinburgh-based firm Gravitricity has designed a new concept for energy storage, aimed at getting more renewable power sources onto the grid by holding potential energy in heavy weights for times of peak usage. Managing director Charlie Blair speaks to NS Energy about his firm’s vision.

The push to get more renewable electricity onto power grids around the world is well underway, but as this happens, the need to offset the intermittency of clean energy sources such as wind and solar increases too.

Coal- and gas-fired electricity generation stations, along with nuclear plants, have previously been able to provide the baseload power needed to ensure demand is met, but the shift towards renewable energy sources means new approaches need to be developed to bridge the supply gap.

Energy storage is a key part of this effort, allowing power to be stored at times of low grid demand and then unleashed at peak times when electricity usage is higher – typically in the mornings and evenings – in a process sometimes referred to as “peak shaving”.

Some of the more common forms of storage currently in use include chemical energy captured within batteries and the potential energy of large volumes of water held in hydroelectric dams.

But as demand for storage grows – Bloomberg New Energy Finance estimates the market will reach $620bn globally by 2040 – innovative new approaches are being developed to solve the puzzle of locking away energy for on-demand use at times when grids are strained.

Edinburgh-based Gravitricity is one of the companies developing new ways to store energy, and, as the name suggests, its strategy involves putting gravitational forces to work to capture, store and release electrical energy at specific times.

Still in an early stage of concept design and project financing, the Scottish company recently held a Crowdcube fundraising campaign to generate investor interest in its idea for energy storage – ultimately attracting £750,000 ($963,000) to its books, which added to a £640,000 ($826,000) grant from UK government initiative Innovate UK.

Gravitricity managing director Charlie Blair says his firm’s energy storage system is, in essence, similar to a battery, insofar as it takes electricity in, stores it for an indefinite period, and then releases it back onto the grid.

But rather than using chemical processes, it exploits the laws of physics – namely gravitational potential energy, calculated through an equation combining the values of mass, gravity and height.

Blair explains: “We use electricity from the grid at times of low demand to lift a very heavy weight, which charges the system – as the weight travels up, the gravitational potential energy increases.

“That weight can sit at the top of a shaft for as long as we like, and then as we lower it back down again the electrically-driven winches that were running as motors on the way up now run as generators, exporting electricity back to the grid.”

Gravitricity’s initial design concept envisions up to 24 weights working in a single system, each weighing around 500 tonnes, and capable of producing enough electricity to power 63,000 homes for an hour.

It is capable of fast response energy release, making it particularly suited to peak shaving – and the speed at which the weights are dropped can be controlled allowing for either a large burst quickly or a more moderate release over a longer period.

It is a simple idea, but one that has the potential to be an “enabling technology” that helps more renewable energy sources enter the grid by providing a balance to their intermittency – as well as the unpredictability of electricity demand.

“And it’s worth noting too that you can’t predict when people are going to use power. These peaks in demand cause problems just as much as the intermittency of generation.

“That’s always been the case, but it’s more difficult to meet those peaks in demand if you can’t turn a power station on and off at six in the morning and six in the evening.

“Electric vehicles have the potential to cause real problems on this basis as well, because everyone comes back from work and plugs their car in at the same time, which just so happens to be the same time of day when they’re turning on their boilers, using power and heating their homes.”

Gravitricity initially plans to make use of existing disused mine shafts

Gravitricity’s system is still a concept in design, but its central idea is backed up by fundamental scientific principles as well as thorough cost viability assessment by academics at Imperial College London.

The initial scope of the project is to make use of disused mineshafts across the world in which to install the equipment, making use of existing underground vertical tunnels that could range from anywhere between 500 metres and 3,000 metres in depth.

“There are thousands of mines out there that would be suitable for us,” says Blair.

Longer-term, the company envisions sinking its own shafts at strategic locations where the grid needs nodal energy storage points – whether in a remote field in Africa or the middle of a busy European city.

Skyscrapers and other tall buildings have also been mooted as potential locations for the technology in the future, constructing the shafts into the foundations of new buildings.

Blair adds: “New skyscrapers bring substantial new electricity demand, and by building storage in the heart of cities we can massively reduce the requirement for very costly and disruptive grid upgrades.

“At the same time, our system means that future skyscrapers could reduce their environmental footprint and help cities decarbonise their energy needs.

“There’s no doubt this would be a large infrastructure project – but so would upgrading the grid or installing large banks of batteries. It’s not simple or trivial, but it’s certainly doable.”

The finding was that on a levelised cost of storage basis – meaning the lifetime costs of the project – the system offers “the most cost-effective technology for peak shaving” among comparable technologies.

The Gravitricity system offers energy storage at $171 per megawatt-hour (MW/h) on a levelised cost basis projected over 25 years, which compares favourably to another commonly used alternative of lithium-ion batteries at $367 MW/h.

To keep costs down further, Gravitricity plans to build its storage projects in series, as opposed to one-off projects – something that would enable cost savings through the repetition of design, construction processes and resources, and regulatory approvals.

“We’re building a concept demo next year – an above-ground system with a 50-tonne weight,” says Blair.

“The following year, we’ll be building our first large-scale system in an existing mine shaft, and we’re speaking to a few mines in Europe and southern Africa about that.

“We’ll be going forward with at least three or four projects – if not five or six.”