With its net zero targets enshrined in law, the UK has begun the transition to low-carbon transport — but electric vehicles need to be assessed on the carbon footprint of their entire life cycle, not just tailpipe emissions 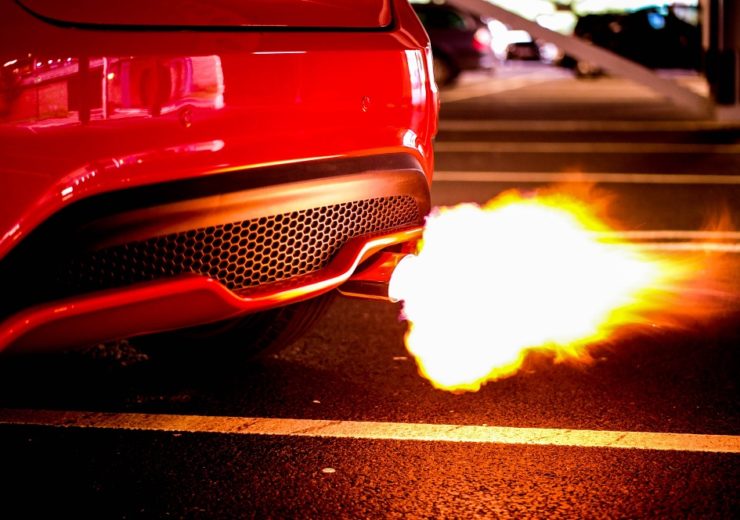 Low-carbon transport will play a crucial role in the race to cut carbon dioxide (CO2) emissions and limit global warming. UK Low Carbon Vehicle Partnership managing director Andy Eastlake speaks to NS Energy about why it is important to assess the environmental impact of vehicles across their entire life cycle — from production to disposal — not just their in-use emissions.

Much has been made of the potential for electric vehicles (EVs) to help wean society off its fossil fuel dependence, as governments around the world begin to set decarbonisation targets in a last-ditch effort to keep climate change at arm’s length.

In the UK, net zero is a subject that has been on the agenda for longer than most, after former Prime Minister Theresa May made the country’s commitment to reaching net zero carbon emissions by 2050 the first to be enshrined in law.

As part of this, the UK government set a target of ending sales of traditional petrol and diesel vehicles by 2040 — with many industry insiders believing this date will be brought forward to 2035.

The electrification of the transport system is an integral aspect of this transition to a low-carbon economy – but the reality is not as simple as just replacing a gas-guzzling old banger with a shiny new electric car.

The current industry emphasis on tailpipe emissions is a metric that needs to be broadened and enhanced, according to Andy Eastlake, managing director at UK Low Carbon Vehicle Partnership (LowCVP), who argues for a carbon footprint measurement based on the entire life cycle of a vehicle.

That way, the entire carbon journey of a vehicle – from production through to disposal – can be assessed and compared to other alternatives to better understand the “bigger picture” of carbon footprints within the transport system.

Eastlake says: “All of the focus, all of the regulations you see at the moment are all about exhaust emissions – and the CO2 coming out of the tailpipe – and with an electric vehicle that level is zero, so you think the problem is fixed.

“But there is a lot of carbon embedded in a vehicle throughout its production process – whether it is petrol or electric.

“When you look at the complete picture, an electric vehicle certainly isn’t at net zero at the moment, in terms of its overall carbon footprint.

“As a rough rule, we would say that a battery-powered electric vehicle in the UK probably has 50% to 55% lower overall carbon footprint compared to a conventional gasoline or diesel vehicle.”

Production and disposal of car batteries have a big carbon footprint

Right across the supply chain there are carbon costs associated with the various processes involved in producing, using and eventually disposing of a vehicle – and each of these factors need to be considered when approaching decarbonisation.

With EVs, a big consideration lies in the manufacture of the batteries used to power them, which require the procurement of minerals such as lithium or cobalt, as well as carbon-intensive processes of their final assembly into batteries fit to power a consumer vehicle.

“It gets even more complicated when you look into how and where the components of the battery are sourced and assembled,” adds Eastlake.

“A lot of them are produced in China, for instance, which doesn’t have the best grid in terms of using renewable energy sources.”

And once these batteries reach the end of their lifespan, the issue of disposal becomes an important factor, due to the high carbon footprint associated with recycling the disused power unit.

“Rather than looking at all the small pieces of the jigsaw, we’ve got to stand back and look at the full picture to make sure we piece together the future we want – and transport is a critical part of that,” he says.

It is not just these carbon impact measurements that need to be reassessed, according to LowCVP, if the UK is to successfully transition to a decarbonised transport system.

The entire way that transport is thought about needs to be revaluated, from things such as vehicle ownership to improved public transport infrastructure.

Eastlake says: “You can no longer think about a transport system and an energy system as two separate entities – they are so intertwined and need to work so closely together.

“It’s got to be a combined energy and transport system to provide a mobility system that works for the whole of the UK.

“If we look out to 2050, we need to think about a different overall mobility system. What we don’t want is 40 or 50 million cars personally owned and used in the same way as conventional cars are today.

“If we get to that point we’ve arguably failed, because what we’ll have is just a zero-emission traffic jam.

“At the moment there’s a lot of focus on people who are buying cars, and persuading them to buy a low-carbon or even electric one – but at the same time we’ve got to be thinking about moving to a shared mobility model.

“Ultimately we want to move what could be 75 or 80 million people around the UK in the lowest-carbon way, and that means a far more efficient use of the capacity of the transport system and probably a very different model of how you select your journeys and your transport.”

There is still a place for liquid and gaseous fuels

While perhaps the most obvious intersection of transport and low-carbon energy, taking a broader perspective on the decarbonisation of transportation infrastructure means looking beyond electric vehicles as a silver bullet to solve all problems.

There could still be a role to play for combustion engines, for instance, given the right context.

A vehicle expected to only have a low mileage over the course of its life could present a case for a sticking with a petrol or diesel option, says Eastlake, given their lower initial carbon footprint.

Or in the long-distance haulage sector, the efficiency of combustion engines could make them viable for big trucks travelling across the country – particularly as liquid and gaseous fuels become increasingly composed of renewable ingredients, taking the form of biofuels.

Eastlake says: “Personally, I wouldn’t rule out renewable liquid fuels being a key piece of this industry.

“In the next couple of years we will see negative carbon fuels, where we are taking a waste product that would otherwise cause greenhouse gas and using it to generate a fuel like methane – and that really speaks to our net zero agenda.

“In long-haul heavy vehicles, combustion engines are still a very efficient way of getting up and down motorways, and I think they’ll be in play for longer than some people expect.”