China, cobalt and the Congo: Why Xi Jinping is winning the ‘batteries arms race’ 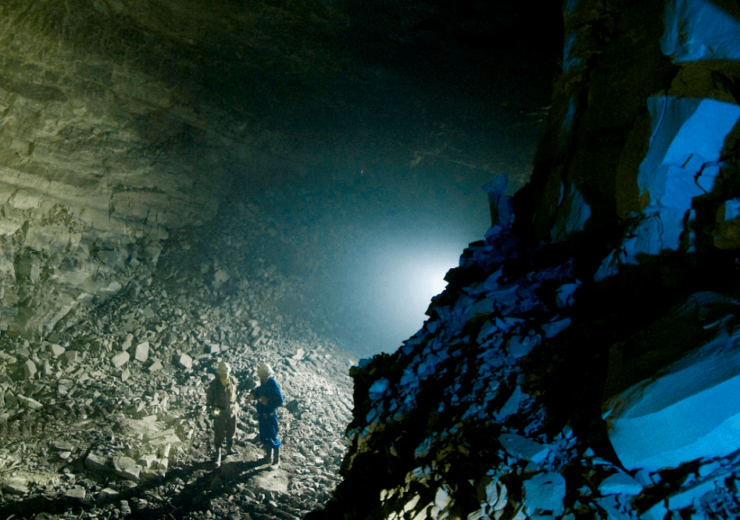 Over the past decade, China has established a monopoly over cobalt in the Democratic Republic of Congo where the vast majority of the metal resides. Felix Todd reports.

In an argent rendition of 1848’s Gold Rush, a single silver-tinged metal has caught the world’s attention: Cobalt.

Critical to the construction of batteries, it has emerged as central to some of the industries set to determine the future.

Roughly 10kg of the precious resource is needed to make an electric car, for example, and, without it, the feasibility of grid-scale battery storage is severely compromised.

That particular race may have already been won, however, as China appears to have established a monopoly over the metal in the politically unstable region.

China and the Cobalt factor

China is in pole position to win the battery arms race, and with it hold the balance of power in the automotive and energy storage industries.

Its control of the mining, processing and trade in the key battery material cobalt is a case in point.

By 2025, the lithium-ion battery will become the new oil barrel as the world drives to electrify its vehicles and run its power grids on battery-based energy storage.

But Casper Rawles at Benchmark Mineral Intelligence pinpoints a major concern, noting there is no electric vehicle industry without DRC cobalt, but the region is among the most politically unstable, volatile and dangerous places on earth.

Cobalt is an essential element within lithium battery cells – along with Lithium, nickel and manganese, it makes up the metal oxide slurry of the battery cell’s cathode from which electricity is generated.

The metal acts as the cathode stabiliser and helps stop batteries overheating, going up in flames or exploding, which they can and still do despite having cobalt in their cathodes.

Cobalt stakes around the world

About 70% of the world’s cobalt comes from DRC, with Cuba leading the rest of the world with a mere 5%, although investment is now slowly going into Idaho, Alaska and Australia to extract cobalt from nickel deposits as the US, in particular, wakes up to the situation.

A third much-talked-about alternative lies with solid state cells but, so far, solid state candidates have fallen short on their energy density and their arrival keeps on getting delayed.

The consensus among experts at Liberum and Benchmark Mineral Intelligence is that cobalt will not be engineered out of cathodes before 2025 if at all.

Moreover, the demand for cobalt is likely to at least double, after allowing for some reduction in cobalt content in the mix in the interim, as the production of electric vehicles escalates from under two million units to a forecast 11 million units in 2025, with China accounting for over 50% of it.

The US (barring Tesla), European, Japanese and Korean automakers and the dominant Korean and Japanese battery manufacturers give every sign of having been caught off guard by the cobalt DRC factor.

They have left it very late to design and implement strategies to deal with the situation – China, however, was not caught off guard and is not without a strategy.

The importance of Made in China 2025

A key goal of China’s now notorious and all-embracing Made in China 2025 initiative, framed in 2015, is that China will become the dominant force in the global electric vehicle industry by 2025, and that the full resources and focus of its “market-Leninist” system will be deployed to that end.

Made in China 2025 and the economic model behind it are at the heart of the economic stand off between the country and the US.

Over the past decade, China has systematically set about creating and securing global supply lines in strategic raw materials, including securing its own forward supplies of key raw materials and battery-ready high-grade chemicals for its electric vehicle sector, all at the expense of the rest of the world.

It has done this largely through “soft diplomacy”, being non-judgemental about political regimes, particularly in Africa, by building them infrastructure when nobody else would – while “debt trapping” some of them in the process – and by a series of acquisitions, investments and alliances across the world.

It has also built up the world’s dominant minerals refining capacity and competence.

At the same time, it leads the world in terms of megafactories built to supply what will be an explosion in battery demand from 2022 onward.

It has 46 of the world’s 70 megafactories currently planned, including the Tesla Shanghai megafactory currently under construction.

It is also spawning a domestic battery industry to eliminate or at least radically reduce any future dependence on Panasonic, Samsung and LG Chem.

On the cobalt front, China controls seven of the largest DRC mines, led by Molybdenum, and in the process over half DRC’s cobalt supplies.

Moreover, the owners of the mines it doesn’t control mostly sell to Chinese traders and  Chinese cobalt refineries in any case, and that includes Glencore, owner of the Katanga mine, DRC’s single largest mine.

In the global scramble to secure forward supplies and escape the vagaries of the “spot” market, China holds the whip hand.

At the moment it looks as though China has that control, at least in the medium-term.