Profiling the six largest cobalt reserves in the world by country

A single nation accounts for more than half of the world's cobalt reserves, but new supply chains are being sought as demand for the silvery-blue metal rises amid the energy transition 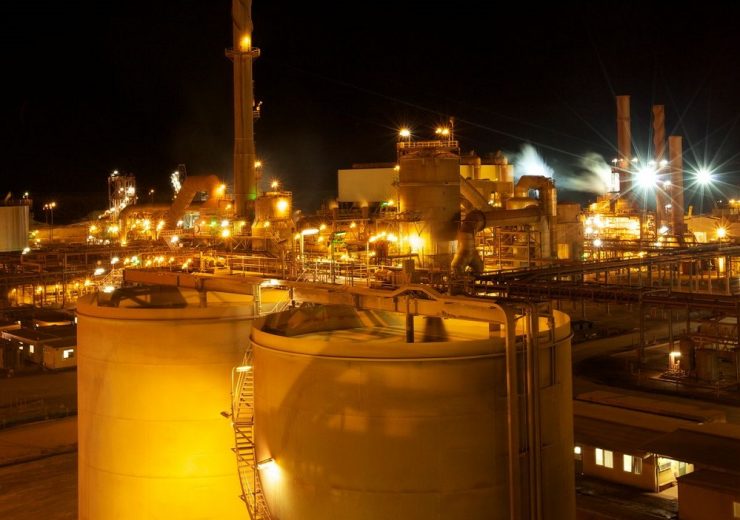 The Murrin Murrin mine is Australia's largest cobalt operation, where the metal is produced alongside nickel (Credit: Glencore)

Cobalt has emerged as a vital ingredient of the shift to a lower-carbon energy system, but reserves of the metal are concentrated heavily in just a single country.

The Democratic Republic of Congo (DRC) is home to half of the world’s known resources, and currently accounts for around 70% of global production.

The metal’s use in electronic goods – particularly the rechargeable batteries used in electric vehicles and other forms of energy storage – means interest in it is growing as the electrification of the global energy system continues to gather pace.

As demand for cobalt continues to rise, efforts are underway to diversify its supply chain and open up new reserves to development to avoid potential bottlenecks or complications arising from such a regionally-concentrated marketplace.

The International Energy Agency recently said the development of new supply chains for critical minerals like cobalt will come to define 21st century energy security, as consumption of these commodities – whose production is dominated by just a handful of countries – grows amid the energy transition.

According to the US Geological Survey (USGS), total cobalt reserves worldwide stand at an estimated 7.1 million tonnes, with 140,000 tonnes produced globally in 2020.

The silvery-blue metal – which derives its name from the German word “kobald”, meaning goblin – is typically mined as a by-product of copper or nickel, although small-scale artisanal cobalt mining is an increasingly-common practice in some parts of the world.

The six largest cobalt reserves in the world by country

The DRC is home to more than 50% of the world’s cobalt reserves, with an estimated 3.6 million tonnes available for extraction in the country.

Major mining operations can be found in the Katanga Province, notably the Mutanda, Kamoto, Etoile and Ruashi projects, while top international producers like Glencore have established positions in the DRC alongside domestic miner Gécamines.

Plans to launch a state-backed company that will hold rights to all artisanally-mined cobalt in the country are well underway, designed as a means for the DRC to exercise more control over the revenues generated by its prized national resource.

A report from the World Economic Forum estimates as much as 30% of the cobalt produced in the Congo comes from small-scale artisanal mining ventures.

Australia holds 1.4 million tonnes of cobalt, around 20% of the global share, although its annual production totalled just 5,700 tonnes of the metal in 2020. That compares to the DRC’s output of 95,000 tonnes.

Given the country’s comparatively large reserves, it has the potential to establish itself as a much more prominent producer of the metal – and an alternative to the DRC – particularly given its status as a heavyweight region for the mining of other products like iron ore and coal.

Glencore’s Murrin Murrin mine in Western Australia, which produces cobalt alongside nickel, is the largest operation for the metal in the country, although a significant number of new projects are currently in the pipeline.

Around 7% of the world’s cobalt reserves are based in Cuba, estimated by the USGS at 500,000 tonnes.

The country ranks fifth among the world’s largest cobalt-producing countries, with national output in 2020 of around 3,600 tonnes.

Most of Cuba’s cobalt reserves are based in the east of the island in the Moa region, and are primarily extracted alongside nickel, which is a major mining business in Cuba.

A joint venture between Canadian miner Sherritt International and General Nickel Company of Cuba produces the metal via open pit mining at deposits in Moa.

The Philippines has cobalt reserves totalling 260,000 tonnes, around 4% of the global total, and in 2020 was the world’s fourth-largest producer after the DRC, Russia and Australia.

Cobalt in the Philippines is widely produced as a by-product of nickel mining, with the nation ranked second among the world’s largest nickel-producing countries behind Indonesia.

While Russia has relatively small cobalt reserves of just 250,000 tonnes, the country is the world’s second-largest producer of the metal, with output totalling 6,300 tonnes in 2020.

The Altai Republic in southern Siberia is known as a major cobalt-producing region, and is home to the large Karakul deposit.

Russia has expressed a desire to scale up its domestic cobalt production over the coming years, potentially as high as 10,000 tonnes annually by 2022.

Canada ranks sixth among the world’s largest cobalt reserves, which total 220,000 tonnes – or a 3% share of the global total.

International majors Glencore and Vale both operate significant projects in the country, including the Voisey’s Bay, Raglan, Thompson and Fraser mines.

As North America increasingly seeks to accelerate a transition to a low-carbon energy system, Canada’s cobalt deposits could prove a valuable resource for manufacturers of clean energy technologies that would reduce dependence on DRC supply chains.

The Canadian and US governments have agreed to work together to build the necessary supply chains to boost their respective battery production capabilities, including a strengthening of the joint Critical Minerals Action Plan, which aims to advance development of resources like cobalt.