Hydropower accounts for almost half of all renewable power generation in Europe, but the environmental impacts of climate change are causing issues 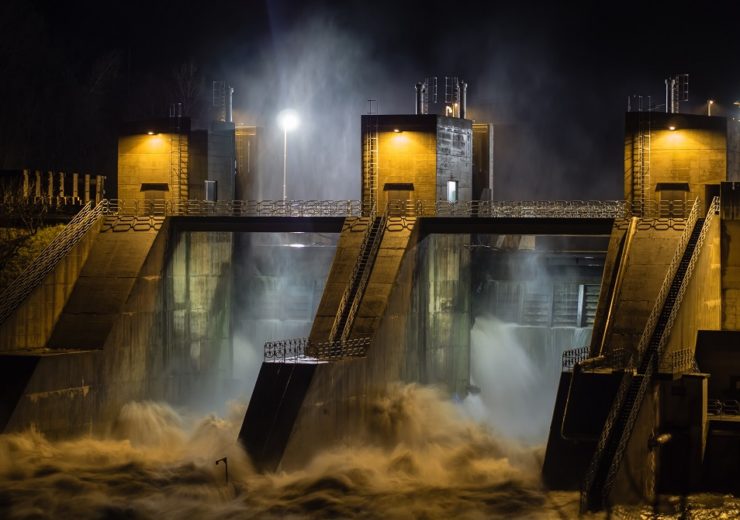 Hydropower contributes almost half of renewable energy generation in Europe

Hydropower retains its dominant presence in renewable generation across Europe, but there is increasing concern about the impact of climate change on the European energy system as a whole. Adaptation and resilience will be key to future hydropower production in the face of more frequent and extreme weather events. International Water Power & Dam Construction’s Suzanne Pritchard reports.

For two years running, renewable energy has produced more power than fossil fuels throughout Europe in the second quarter of the year.

Accounting for almost half of this renewable power generation, the largest contribution came from hydropower plants – and, according to EnAppSys’ recent European electricity analysis, hydro is set to remain the dominant renewable fuel source in Europe for the foreseeable future.

During the second quarter of the year, European hydro generated 109.2TWh. The fact that this was down 14% for the same period of 2018 was a key factor in an overall 3% decline in renewable generation during the period.

Looking at the fuller picture, hydropower ranked second behind nuclear plants, which generated 28.2% of total power.

Climate change is putting strain on the European energy sector

Recent analysis by the European Environment Agency (EEA) suggests that climate change is already putting pressure on Europe’s energy system. In a report published in June 2019, the EEA stated that all parts of the European energy system, from availability of energy sources to consumption, are potentially vulnerable to climate change and extreme weather events.

The report, called Adaptation Challenges and Opportunities for the European Energy System, analyses the current and future needs for climate change adaptation and resilience in Europe’s energy system.

Climate changes, such as increases in mean and extreme air and water temperatures, changes in water availability, extreme climate‑related events, and coastal and marine hazards will not only affect the availability of primary energy sources (especially renewables) but also the transformation, transmission, distribution and storage of energy, and energy demand.

According to the EEA, climate change is already affecting water availability. There are large variations across European regions, but in general the hydrological cycle is projected to intensify and change precipitation patterns.

“The strongest decrease is projected for southern Europe in the summer.

Such changes would not only impact the availability of cooling water for thermal power plants in the European energy system, but also impact hydropower production.

As the EEA points out, hydropower plants’ dependence on streamflow makes them sensitive to changes in rainfall, snowfall and snow and glacier melt – meaning declining streamflow could undermine hydropower productivity and cost-effectiveness.

Hydropower is an important energy source in southern European countries that face decreasing water availability, in particular Turkey (which has considerable expansion plans), but also in Italy, Portugal and Spain.

In contrast, it is predicted that Nordic countries (particularly Norway and Sweden) and the Alpine region will experience increased annual or seasonal water availability due to increasing precipitation, and possibly increased glacier melt.

Glacial retreat caused by rising temperatures can have different impacts on hydropower.

In the short to medium term, it can increase hydropower production by increasing streamflow, but excessive water availability can challenge hydropower storage capacities with the risk of power outages.

It may also increase sediment transport, particularly in Alpine regions, which can accumulate in reservoirs and intake channels leading to reduced storage capacity and water flow, and causing turbine deterioration if not managed correctly.

In the long term, glacial retreat decreases streamflow, in particular in the spring and summer melt season.

“Hydropower projects with substantial reservoir storage can be more resilient to short-term changes in river flows, and they can provide additional services, such as flood protection,” says the EEA.

“However, they are affected by increasing temperatures, which increases evaporation from the reservoir. More than half of Europe’s hydropower capacity is held in pumping-storage power plants, which buffer not only against fluctuating streamflow but also against fluctuating electricity demand.

“Run-of-river plants have limited regulating capacity and are thus directly affected by changes in streamflow.”

Inland flooding can cause damage to hydropower dams

Climate change has resulted in many extreme weather events, such as droughts and heavy precipitation, both globally and across Europe, and further changes in the frequency, location and intensity of these are projected throughout the region.

Heavy precipitation events have generally increased since the 1950s in northern Europe, with more inconsistent changes in southern Europe. This has resulted in the occurrence and greater frequency of inland flooding.

Inland floods can have significant impacts on energy infrastructure, as demonstrated by the heavy and prolonged rainfall throughout Portugal in 2000, which caused damage to levees and the overtopping of dams.

The subsequent flooding threatened to damage a major gas pipeline in the area, leading to the evacuation of more than 100 people.

More frequent heavy precipitation events are expected to increase river and flash floods in many parts of Europe.

The EEA says country-level analysis shows that the largest increases in flood hazard and adaptation needs are projected for the UK, France, Italy, Romania, Hungary and Czechia.

The JRC European Drought Observatory (EDO) reported in August that the drought resulted from a combination of long-tail influence of the 2018 drought, the heatwaves of June/July 2019, below-average precipitation in spring 2019.

Low water levels were reported to be affecting waterways in central Europe and causing significant disruptions to logistics.

The EDO said the heatwave forced more electricity demand, while supply was shrinking due to reduced operation of water-dependent power plants, thus pushing up energy prices.

In Poland, rivers were running dry with restrictions in place to optimise water usage and the potential for water shortages.

French authorities declared a water supply emergency in several departments across the central region and introduced tight restrictions on water use.

According to the conservation organisation WWF, EU member states’ poor management of rivers, lakes, wetlands and groundwater is worsening the impacts of such drought as European water resources are being stretched “worryingly thin”.

In a July report, it claimed that droughts often become substantially worse not due to low rainfall but because of the over-exploitation and poor management of water resources.

“Climate change is happening, and the European Commission must decide immediately to buffer the impacts by accepting the EU water law as fit for purpose.”

The EU’s Water Framework Directive (WFD) has the objective of protecting and enhancing freshwater resources of EU lakes, rivers, groundwater, transitional and coastal waters by 2027.

Currently, it is undergoing a fitness check – a standard European Commission policy evaluation assessing whether the existing regulatory framework is fit for purpose.

The goal is to assess the effectiveness, efficiency, coherence and relevance of the legislation, making it more responsive to current and future challenges as well as helping improve implementation.

After a period of public consultation, a statement on the fitness check is expected this autumn and will go before the European parliament in 2020.

In an effort to ensure the water law remains unchanged, a coalition of environmental groups called Living Rivers Europe has been lobbying to safeguard the law and strengthen its implementation and enforcement.

The group claims only 40% of EU rivers, lakes, streams and wetlands are healthy today, “largely due to pressures from industrial agriculture and hydropower, as well as other sectors, such as mining”.

It adds that some industries are coming together to lobby for substantial changes to this legislation which would “essentially give these industries the green light to maintain their activities business as usual”.

Eurelectric, which represents the interests of the electricity industry across Europe, recommends in the consultation that although the WFD is a crucial piece of legislation for protecting inland waters and promoting sustainable water use, it also must take into account the need for economic development and social, economic and climatic conditions.

It states: “As it is the purpose of the WFD to strike a balance between environmental, climate and socio-economic goals, it should not unduly hamper the operation of existing hydropower plants, or create obstacles to upgrading or developing new hydropower.

“Most hydropower plants have been in place for decades and serve as a crucial backbone both for the power system and for water management. Ensuring the further operation of these existing assets should be a priority for long-term climate protection and sustainable water management planning.”