Hydropower in China and other top generators across Asia 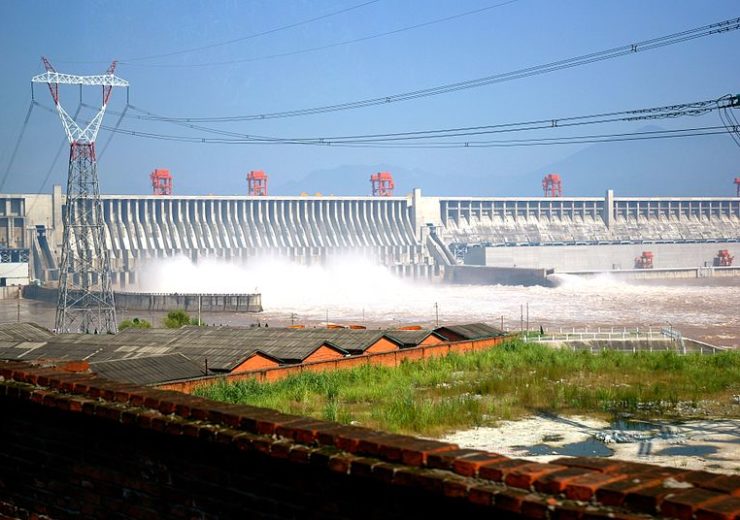 The region has some of the largest hydropower projects in the world, which includes the 22.5GW Three Gorges hydroelectric power complex in China. The capacity of the Chinese hydropower project itself is much more than the individual hydropower capacities of Vietnam and Pakistan, which are the fourth and fifth most hydropower producing countries in Asia.

China is the biggest producer of hydropower in Asia. The country’s installed hydropower capacity was 352.2GW in 2018, according to figures from the International Renewable Energy Agency (IRENA).

The 22.5GW Three Gorges hydroelectric power plant, which is claimed to be the largest hydropower station in the world, is located in China. The plant’s construction was carried out between 1993 and 2012.

The country also operates the 13.9GW Xiluodu Dam, which features 18 Francis turbine-generators of 770MW each and an air-cooled generator with 855.6MVA output. The Xiluodu plant generates 64 billion kWh of electricity annually and offsets approximately 150 million tonnes of carbon dioxide emissions per year.

The country is also constructing the 16GW Baihetan hydropower project on the Jinsha River, and is expected to be the world’s second largest of its kind, upon completion. It is also constructing the 2.2GW Yebatan run-of-the-river hydroelectric facility located at the intersection of Baiyu County of the Sichuan province and Gongjue County of the Tibet Autonomous Region.

Japan is the second largest producer of hydroelectric power in Asia. Installed hydropower capacity in Japan stood at 50.1GW in 2018. Hydroelectricity is considered as the primary source of renewable energy in the country.

The first unit of the Kazunogawa plant was commissioned in December 1999 followed by the second unit in June 2000, and the fourth unit in July 2000.  The plant has upstream and downstream dams, with main/temporary networks connecting them to the station.

India is the third largest producer of hydropower in Asia. The country’s total installed hydropower capacity was 50GW in 2018.

One of the country’s biggest hydroelectric projects includes the 1.45GW Sardar Sarovar Dam on the Narmada river near Navagam, Gujarat. Water and electricity from the dam is supplied to four Indian states including Gujarat, Madhya Pradesh, Maharashtra and Rajasthan.

India also operates the 816MW Nagarjuna Sagar Dam located across Krishna River which straddles the border between Guntur district, Andhra Pradesh and Nalgonda district, Telangana, as well as the 1GWMW Tehri Dam located on the Bhagirathi River near Tehri in the Indian state of Uttarakhand.

Other operational power plants in the country include the 780MW Idukki Dam in the state of Kerala, and the 435MW Bansagar hydroelectric power generation on Sone River situated in the Ganges Basin in Madhya Pradesh.

The Southeast Asian country is home to one of the largest hydropower plants in the world, in the form of the 2.4GW Son La hydropower project. Son La, which was opened in 2012, has been built along the Black River in the Son La province in the Northwest region of Vietnam.

Owned by Vietnam Electricity, the Son La hydropower project features six Francis type turbines, each having a capacity of 400MW.

Pakistan is the fifth biggest producer of hydropower in Asia, with a total installed capacity of 9.9GW in 2018. Last year, the country added nearly 2.5GW in new hydropower capacity, driven by the commissioning of certain large-scale projects.

Barring 2018, Pakistan’s new hydropower installation had been more or less steady given that in 2010 its installed hydropower capacity was 6.73GW.

In 2018, Pakistan commissioned the fourth extension of the Tarbela hydropower project, which added 1.41GW to the existing 3.47GW hydropower complex built along the Indus River.

Another large-scale project to be commissioned last year by Pakistan is the 969MW Neelum Jhelum hydropower project, built along the Jhelum River.