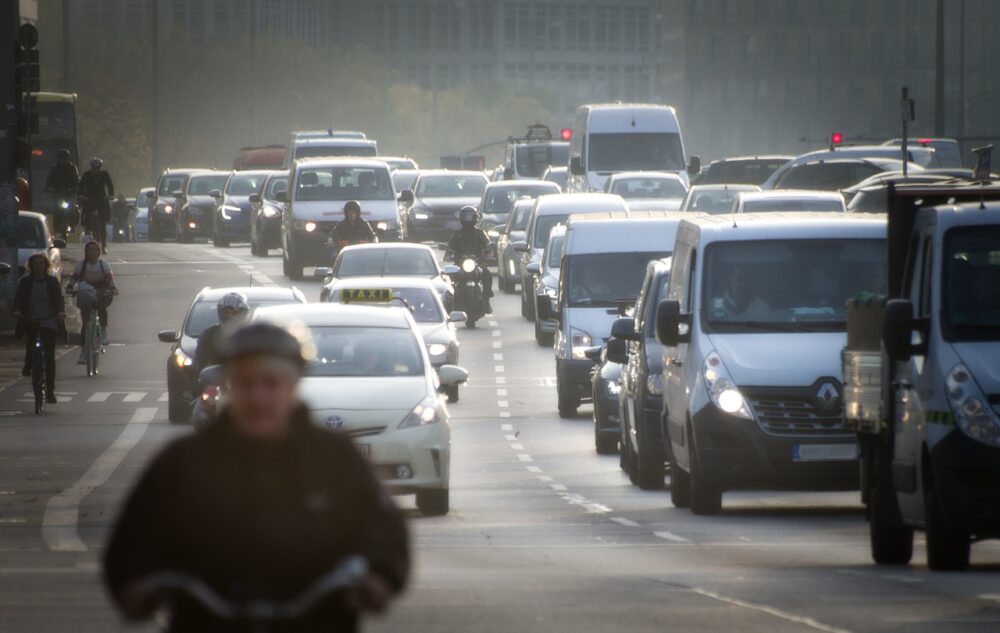 The Labour Party called upon policymakers to accelerate the phase out on sales of petrol, diesel and hybrid vehicles by 10 years (Credit: Needpix.com)

The UK government is planning to bring forward its ban on the sale of fossil fuel vehicles from 2040 to 2030.

This comes weeks after the Labour Party called on policymakers to accelerate the phase-out on sales of petrol, diesel and hybrid vehicles by 10 years.

Prime Minister Boris Johnson is now expected to make the announcement in the coming months, as the country looks to ramp up its electric vehicle fleet and reduce emissions from transport – the highest polluting sector in Britain’s economy.

A Department for Transport (DfT) spokesperson told the Daily Mail: “We want to build a greener transport system, reduce carbon emissions and boost economic growth in the UK which is why we’re supporting the transition to zero-emission vehicles.

“Our £2.5bn programme to support grants for plug-in vehicles and funding for chargepoint infrastructure at homes, workplaces, on residential streets and across the wider roads network, are all part of our world-leading package to encourage electric vehicle uptake.”

Increased ambition will put the UK ahead of France

The government had been hoping to unveil its plans as early as this week, but that has been put back due to the rise in coronavirus cases across Britain.

The new date for the fossil fuel vehicle phase-out is a further cut on the 2035 deadline the PM revealed was discussed in February.

A 2030 ban is now believed to be viewed as an increasingly more realistic after the government has received assurances from the National Grid, the UK’s energy network operator, that it would be capable of operating the once the nation increased its stake in EVs.

Bringing forward the deadline by a decade will put the UK ahead of France, which has imposed a 2040 ban, and on the same schedule as Germany, the Netherlands and Ireland, with Norway leading the way with a 2025 proposal.

The UK’s accelerated vehicle plan follows the announcement last week that the government’s energy white paper – revealing the path to reaching its legally-binding net-zero emissions target by 2050 – will be released in November following several delays.

In Labour’s letter to the government last week, it claimed a 2030 deadline on fossil fuel vehicles would secure not only significant environmental and public health benefits, but also create new high-skilled jobs across the country.

It added that manufacturing batteries to replace internal combustion engines would boost direct employment in the automotive industry from about 170,000 jobs today to up to 220,000 by 2040.

But Labour believes a failure to accelerate the development and rollout of new technologies risks “exacerbating the severe challenges already facing the UK car industry”.

Matthew Pennycook MP, Labour’s Shadow Minister for Climate Change, said 2030 is an “ambitious but achievable date” to phase out the sale of fossil fuel vehicles.

He described the proposed timeline as one that would “give a new lease of life” to the UK car industry, while “combatting climate breakdown” and cleaning up the air that “dangerously pollutes” so many of the country’s towns and cities.

“It’s time for ministers to seize this opportunity as part of a world-leading green recovery from the coronavirus pandemic, creating good jobs across the country, and generating real momentum for next year’s COP26 climate summit,” he added.

Policymakers will have been boosted by the news that sales of greener vehicles have surged beyond diesels for the first time across a three-month period this year.

Official figures from the DfT show that 29,900 diesels were registered between April and June, compared to 33,000 pure electric and hybrid cars.

While petrol vehicles continued to dominate the market with a 60% share of the overall sales, a 20% stake for greener alternatives will be viewed as an encouraging step.