UK emissions down by a third due to coronavirus lockdown, says CCC boss

Chris Stark, CEO of the Committee on Climate Change, believes the pandemic has opened up an opportunity for the UK to “reset” its strategy towards achieving climate neutrality 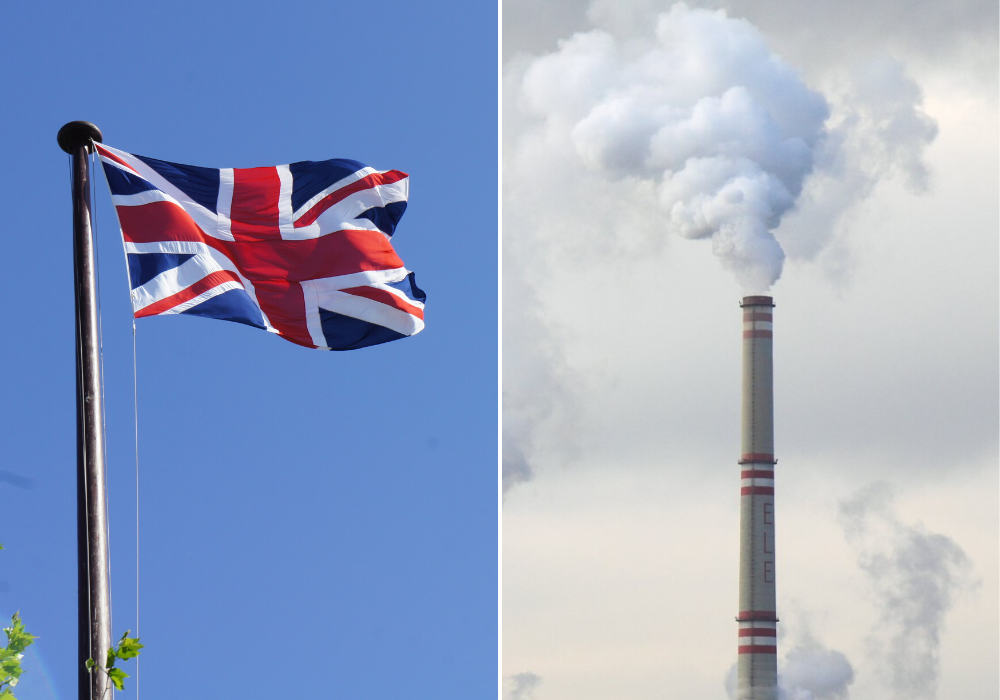 Britain has been rapidly reducing its CO2 levels over the past few years as it aims to reach its 2050 net-zero target (Credit: Flickr/Rian (Ree) Saunders/pxhere)

Emissions in the UK are down by about a third following coronavirus lockdown restrictions, according to the boss of the Committee on Climate Change (CCC).

This comes as Britain has been rapidly reducing its CO2 levels over the past few years as it aims to reach its 2050 net-zero target.

But Chris Stark, CEO of the CCC, an independent adviser to the UK Parliament, said that he believes the pandemic has opened up an opportunity for the UK to “reset” its strategy towards achieving climate neutrality.

Talking during a webinar hosted by Energy UK on Tuesday (19 May), he also revealed that, just like in Britain, global emissions have been plummeting throughout the current crisis.

“That means that this is going to be a year where we actually see a fall in emissions, which is remarkable,” he added.

“It’s hard to say exactly what will happen to them globally – but almost certainly they’ll be down by between 5% and 10%.

“That is the biggest-ever fall for global greenhouse gas emissions.”

How the UK had reduced emissions before the coronavirus lockdown

Data revealed by climate analyst Carbon Brief in March showed Britain’s CO2 levels fell by 29% over the past decade to 354 million tonnes.

While it has met its first two carbon budget targets and is on course to surpass the next, the CCC said previously that several factors could lead to it missing out on the next two goals.

But as global emissions plummet during the coronavirus crisis, Stark said that in one sense the situation is “heartening because it is an issue we should all care about” but admits that he “takes very little optimism from that”.

He claims that the 5% to 10% drop in emissions is about the fall that would be required across the planet every year to cap the rise in temperatures at 1.5C, in accordance with the 2015 Paris Agreement — an indication for Stark of “how difficult that would be”.

“Sadly, we are continuing to pour CO2 into the atmosphere and I’m afraid that a fall as sharp as this is not going to have a major impact on global temperatures,” he added.

“It will probably have an impact of between one or two-thousandths of a degree centigrade if lockdowns are lifted in June around the world.”

Stark noted two questions he has about the impact of the coronavirus – “what has changed during the lockdown that might change the trajectory of the UK’s emissions in the future; and, in the months ahead, as this moves from being a health crisis into an economic crisis, how might the recovery from that reset the approach the UK has to net zero?”.

“The longer this continues, the more inclined I am to think that we will not return to the same world we had in the UK pre-coronavirus,” he added.

“We are very likely to see a big shake-up in some of the industries that will matter, especially the oil and gas sector – and I take no pleasure in that.

“It’s possible that we will see a permanent shift in the oil price, although it’s a fool’s game predicting that.

Looking at the situation more optimistically, Stark believes there are going to be some “shifts in behaviour” in the way people live their lives and, in particular, remote working is going to have a role to play.

He said the daily commute to work is “going to be a little less appealing coming out of this lockdown” and that will possibly have an impact on transport emissions going into the future.

“But what’s interesting in the medium-term impact around politics is that we are still locked in to net-zero as a goal for the UK.

“It’s very clear from recent statements from ministers that net-zero continues to be not just the statutory target but also a guiding principle for what the government is doing.

“That will matter because it means that we will make infrastructure decisions that are framed around net-zero and possibly accelerate some of those things in the days ahead.”

The CCC wrote to Prime Minister Boris Johnson earlier this month to set out its thoughts on what could happen next in Britain’s bid to reduce emissions.

Stark said the main message of the letter was that the UK “has to use climate investment wherever possible to drive an economic recovery” and that, if possible, the country should “strengthen that with wider interventions around fiscal policies and the use of carbon pricing to shape the economy away from the use of fossil fuels towards cleaner alternatives”.

He notes that five things jump out from those general themes as priorities for the months ahead and that “clean energy obviously is a dominant theme in that”.

Stark says the government needs to:

He added: “I think there is a moment to potentially reset the strategy for net zero in a positive direction, albeit under some extremely difficult economic circumstances.”