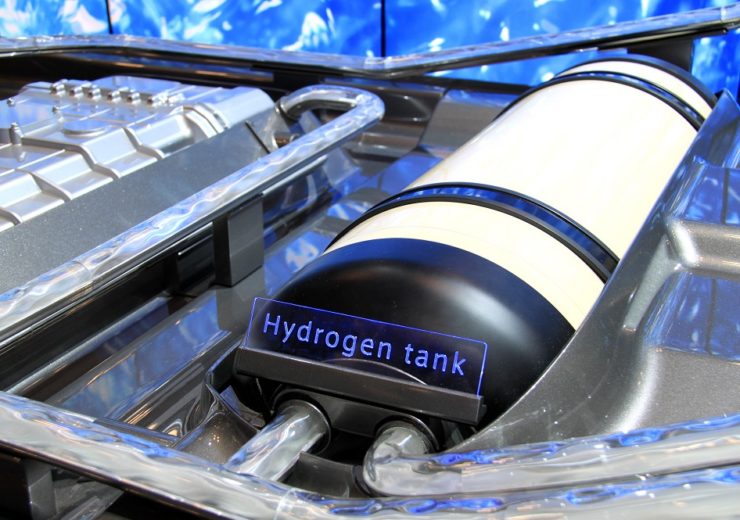 Hydrogen fuel cells can be used as an alternative to petrol or diesel in road transport vehicles (Credit: Flickr/Joseph Brent)

­The falling cost of making renewable hydrogen could make it a “promising and powerful” fuel to drive the low-carbon energy transition — but only if there is co-ordinated policy support from governments to scale up the industry.

Wind and solar power can be used to produce the emerging fuel source, which, if deployed to its full potential in the coming decades, could cut up to 34% of global greenhouse gas emissions from fossil fuels and heavy industry such as steel and cement-making.

Renewable hydrogen could compete on cost with natural gas

Research published today (30 March) by BloombergNEF finds renewable hydrogen — that is made using clean energy sources, also known as “green” hydrogen — could be produced for between $0.8 and $1.6 per kilogram in most parts of the world by 2050, making it cost-equivalent with natural gas produced in Brazil, China, India, Germany and Scandinavia on an energy-equivalent basis.

Taking into account the added expenses of storage and delivery, the report finds that in key markets of China, India and Western Europe a delivered cost of renewable hydrogen of $1 per kilogram — or $7.4 per million British Thermal Units (MBtu) — is achievable by 2050.

Lead author of BloombergNEF’s Hydrogen Economy Outlook, Kobad Bhavnagri, said: “Hydrogen has potential to become the fuel that powers a clean economy. In the years ahead, it will be possible to produce it at low cost using wind and solar power, to store it underground for months, and then to pipe it on-demand to power everything from ships to steel mills.

“If the clean hydrogen industry can scale up, many of the hard-to-abate sectors could be decarbonised using hydrogen, at surprisingly low costs.”

For these benefits to be realised, however, policy action is needed to facilitate the “huge, co-ordinated programme of infrastructure upgrades and construction” needed to support its rollout.

It will also require the support of carbon pricing mechanisms and emissions policies to ensure hydrogen remains a competitive alternative to fossil fuels such as coal, oil and gas.

Bhavnagri added: “The clean hydrogen industry is currently tiny and costs are high. There is big potential for costs to fall, but the use of hydrogen needs to be scaled up and a network of supply infrastructure created.

“This needs policy co-ordination across government, frameworks for private investment, and the roll-out of around $150bn of subsidies over the next decade.

“That may sound daunting but it is not, in fact, such a huge task – governments around the world currently spend more than twice that every year on fossil fuel consumption subsidies.”

Green hydrogen could meet 24% of world energy demand by 2050

If these investments and policy commitments were to be made backing hydrogen to its full potential, BloombergNEF’s outlook estimates 696 million tonnes of the clean fuel could be in use worldwide by 2050 – enough to meet 24% of projected final energy demand in a 1.5 degrees Celsius climate scenario.

In this forecast, the research suggests annual sales of hydrogen would be between $200bn and $700bn, with billions more spent on equipment and infrastructure.

Big increases in renewable electricity generation would be required to power the electrolysers used to manufacture the fuel in its “green” form – around 31,000 terawatt hours (TWh) far more than is currently available.

Renewable hydrogen is produced by splitting water into its component molecules – oxygen and hydrogen – using electricity generated from low-carbon sources like wind or solar.

The cost of electrolyser equipment used to create hydrogen in this way has fallen by 40% in the past five years, and this could continue to fall further if deployment of the technology increases, according to the report.

Water can also be split using fossil fuel-generated electricity, with carbon capture and storage (CCS) techniques used to tackle the inherent emissions problem, although the costs associated with this would make the process more expensive.

Storage a key challenge for reducing the cost of renewable hydrogen

One of the key challenges facing the hydrogen industry if it is to match the scale of natural gas in supplying world fuel needs is that of storage.

Its low density, compared to fossil fuel alternatives, makes it much harder to store in large quantities – as well as more expensive.

BloombergNEF estimates a cost outlay of $637bn by 2050 into new storage and delivery infrastructure to equip hydrogen with the same level of energy security as natural gas – a three- to four-fold expansion of its existing footprint.

This could mean construction of new infrastructure like pipelines, or upgrades to existing transport and delivery systems currently used for natural gas.

In regions of large industrial clusters, hydrogen could prove particularly effective if large-scale local supply chains can be developed, combining a network of wind and solar power to create the fuel and dedicated pipeline networks to feed it to businesses as a clean source of power generation.