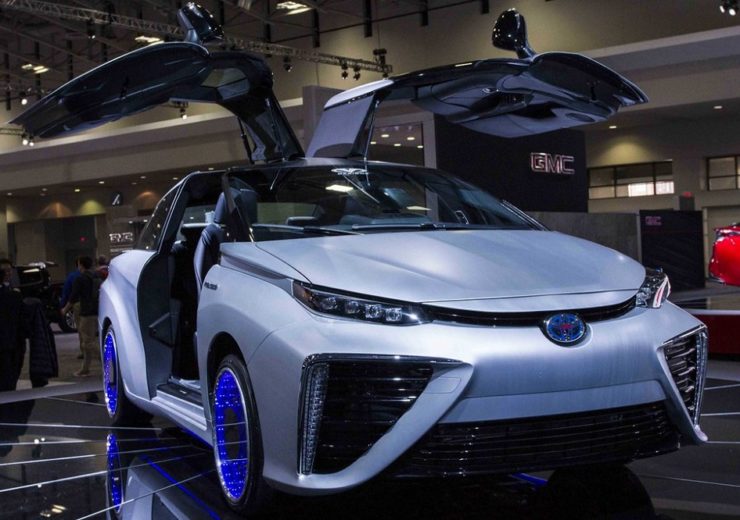 A new report says coronavirus is set to “cause a major downturn in global auto sales in 2020” (Credit: Flickr/US Department of Energy)

More than a gigawatt of new capacity was added to the global hydrogen fuel cell market in 2019 – the first year the benchmark has been passed.

According to research by energy consultancy E4tech, around 1.1GW of additional capacity was shipped worldwide during the year, increasing by 40% compared with 2018.

Asia is comfortably the biggest market for hydrogen technology – with Japan and South Korea in particular putting significant emphasis on the fuel type.

Two-thirds of overall capacity last year was produced by automakers Toyota and Hyundai — based in Japan and South Korea respectively — for use in their electric vehicle (EV) fleets. Other car manufacturers preferring to focus on battery electric vehicles.

Hydrogen has emerged in recent years as a viable alternative fuel in transport, accompanying rechargeable lithium batteries as a low-emission option as pressure to phase out petrol and diesel-powered engines intensifies.

This upward trend in capacity expansion is expected to continue throughout 2020 and beyond, with the refinement of supply chain infrastructure accelerating market activity and demand from China anticipated to increase.

E4tech director of fuel cells and hydrogen David Hart said these latest figures point to an industry “on the cusp of something great”, with hydrogen fuel technology having now proved itself from a technical perspective.

He added: “As we enter a new decade, the sector also enters a new stage, which will be characterised by rapid commercialisation and infrastructure build-out.

“If the 2010s can be seen as the breakout decade for the battery, the 2020s will see the ascendancy of the fuel cell.

“Just in time, too, as climate change targets are looking more urgent and challenging than ever, and we need a full range of technologies to meet them.”

The transport industry has so far dominated progression of hydrogen fuel cell technology – although only Toyota, Hyundai, and to a lesser extent Daimler, have made significant progress in commercially developing cars powered by hydrogen fuel.

Other EV manufacturers making the switch to low-emission designs have tended to prioritise rechargeable lithium batteries as they seek the quickest route to compliance with various impending environmental regulations.

Away from personal transport, commercial vehicle fleets and public transportation have made notable strides towards hydrogen adoption – with local authorities in particular keen to take action on air quality.

Hart said: “Mayors around the world are worried about air quality and health concerns from diesel, which helps fuel cell buses and trucks.

“At the same time, the broader hydrogen sector is starting to expand as recognition grows that some applications, like heat, will be difficult to fully electrify. This further supports and complements fuel cell growth.

“The opportunity is huge, big players are investing very seriously in hydrogen, putting the pieces into place to make it work.”

South Korea and Japan currently lead the way globally in terms of the sophistication of their hydrogen fuel cell markets.

Seoul-based Hyundai claims planned investment of $6.7bn in the technology over the next decade, while the South Korean government has set targets for more than 10,000 fuel cell electric vehicles on its roads by the end of 2020.

It has accelerated the roll-out of hydrogen infrastructure accordingly, with vehicle fuelling stations in the country more than doubling in 2019 from 14 to 30 – and a highly ambitious target of 310 facilities set for 2022.

South Korea’s enthusiasm for the low-emission fuel has been extended to plans to create three “hydrogen-powered cities” by 2022 – with cooling, heating, electricity and transportation all set to be dependent on the fuel.

Japan is the other nation currently dominating the global market, thanks in large part to the Ene-Farm system – a small-scale household energy generation unit that uses hydrogen to provide both heat and power to Japanese homes.

Demand for fuel for these systems makes Japan the leading producer of hydrogen fuel cells worldwide, with 45,000 of the 70,000 fuel units shipped in 2019 going directly to residential properties in the country.

In the automotive industry, Japanese manufacturer Toyota plans to increase its production capacity for hydrogen-powered cars to 30,000 per year by the end of 2020.

Other early-adopter regions of hydrogen include China and Germany – as well as the US state of California.