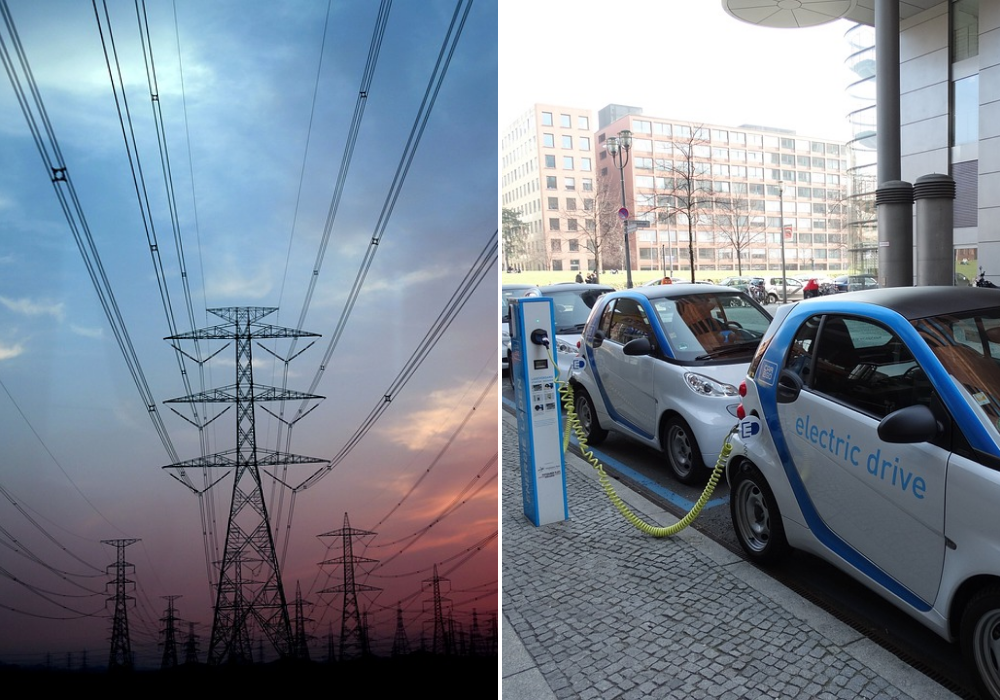 If every person in Britain had an electric vehicle, National Grid has the capability to charge all of them during the night, according to the boss of its transition arm.

During the past few weeks, the energy industry has talked about how more infrastructure and innovation is needed to ensure there are enough charging points to meet demand for the expected upsurge in electric vehicle ownership.

Burt emphasised that the power supplier is on track to meet its zero-carbon electricity target and can charge the UK’s EVs.

“We’re very comfortable that at a national level, if every single person in the country had an EV, we could charge them,” he adds.

“We can do all of that overnight at the moment with no problem at all. So anyone who thinks 80 gigawatts (GW) of new nuclear is needed is kidding themselves.”

Data from the European Alternative Fuels Observatory shows the number of EV chargepoints per 100km of road in the UK increased from 42 in 2011 to 570 in 2019 — with more than 10,000 publicly-accessible chargers now installed.

The government accepts this needs to increase further and has committed £400m ($521m) to help private operators install more devices across the country, as well as introducing legislation last year ruling that all new-build homes should have EV chargers fitted as standard.

The Electric Vehicle Energy Taskforce, a government-backed group, released a report last month with 21 recommendations for improving power infrastructure aimed at both industry and ministers to accelerate the mass take-up of electric vehicles while delivering benefits to the electricity system.

Smart charging is one of three priorities highlighted by the task force, given that tens of millions of EVs could one day replace petrol and diesel vehicles in a long-term strategy to decarbonise personal transport.

Other major changes the group of industry experts want to see relate to better co-ordination of local and national infrastructure planning, as well as developing standards to enable interoperability in charging.

Smart charging is the ultimate vision for engaging EV drivers with the energy system, but much work is still needed behind the scenes.

For a start, the task force has stressed the importance of interoperability across EV chargers in terms of both the way they are physically used and how payments are made if electrification is going to become a compelling consumer proposition.

It believes interoperability is also an essential prerequisite to building a resilient charging infrastructure that works efficiently and securely with the electricity system and other smart domestic appliances.

EV adoption is expected to grow considerably over the next few years, with Britain now reducing the timescale on its ban of fossil-fuel vehicles by five years to 2035 on 4 February.

The watchdog said it will bring forward an electric vehicle strategy and hopes there will be 10 million electric vehicles on the country’s roads by 2030 – a significant increase from the current level of 230,000.

The automotive industry, which is the most polluting sector in the UK economy, is viewed as a key area to reduce carbon dioxide (CO2), and a 144% increase in the adoption of zero-emission vehicles in 2019 would have been a welcome step forward.

In contrast to Burt’s comments on the amount of new nuclear power needed for the grid to cope with the increased demands from EVs, The Financial Times previously reported that 70% more power from the fuel would be required, while the Times claimed 20 new nuclear plants would be needed.

But the government has since said such concerns were “overblown”, with National Grid projecting the increase in peak demand from EVs is likely to be in the region of 8GW to 11GW.

It believes the lower range is achievable if smart charging technologies, vehicle to grid technology and incentives to charge vehicles at off-peak times are used to shift and lower electricity demand.

National Grid on track to meet its zero-carbon electricity target

In a report by National Grid last month, it suggested 400,000 new clean energy jobs would be required over the next 30 years if the UK is to meet its goal of being net zero on greenhouse gas emissions by 2050.

To aid the decarbonisation of Britain’s economy, the energy supplier is looking to produce power with zero carbon in the mix by 2025 – with the electricity system already regularly operating for hours and weeks without coal usage.

Although Burt is confident the firm can reach its target, speaking at the Westminster Energy, Environment & Transport Forum on Thursday (6 February), he suggested that might not be entirely possible just yet.

“We will be in a position to regularly run fossil-free by 2025 – the first hours might be before that,” he added.

“But that might not happen at all because the last bit of fossil on the system is likely to be gas-fired combined heat and power (CHP), which is co-fired for refinery steam.

“So it may not actually turn off, and we may have to start celebrating once all of the non-CHP gas is turned off – but we’ll see.

“We’re very comfortable we can do it by 2025 and we see it as a milestone rather than a target.

“We’ve got a lot of work pointed to a gradual progression to ultra-low levels of carbon and zero carbon.

“The first hour without fossil on its own is not determining a huge amount of the investment, it’s that overarching shift to be low carbon which is driving the investment and effort from our side.

“But it’s straightforward and it’s incredibly exciting. We feel it’s very much under control.”