Interoperability of electric vehicle chargers and the ability to share data securely will also be crucial to electrification of UK road transport, according to a government-backed taskforce 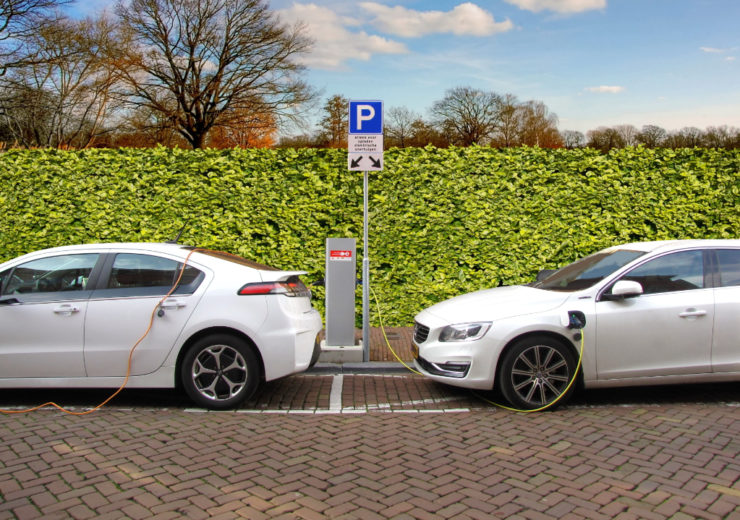 The UK government-backed Electric Vehicle Energy Taskforce has set out 21 recommendations to help enable the transition to zero-carbon mobility, with an emphasis on standardisation, smart charging, and co-ordinating local and national planning. Dan Robinson reports.

To most consumers, their only interaction with the energy system comes once a month, or less, when they receive a bill.

Even the advent of smart meters has done little more than offer a glimpse into live electricity and gas consumption, using financial transparency to encourage them to turn off the lights or heating more than usual.

But should electric vehicles become as ubiquitous as many in the automotive industry predict once the barriers of price and range anxiety are overcome, this relationship could soon change.

That’s because domestic smart charging could soon become the norm for EV drivers, who will be able to choose precisely when their cars are charged up once they return home from work.

Should they do so overnight, when demand on the energy system is at its lowest, they would be rewarded with cheaper prices than during the peak early evening times – and potentially even have a chance to access a greater proportion of renewables.

“It’s something that hasn’t really happened before and is a different way of charging your vehicle from what we’re used to with hydrocarbons,” says Sam Hollister, director of economics and corporate services at Energy UK.

“We need to do this in a way that will reduce costs and carbon emissions, giving consumers that choice for how we operate the system and letting them set priorities.

“Markets already exist in the energy sector that value the flexibility of electric vehicles. It’s been done in the background with National Grid and energy service providers but not with everyday customers and this is going to be one of the challenges we have to think about.

“We’re moving from a fairly simple relationship between consumer and energy suppliers to sophisticated interactions.”

Hollister is a key member of the Electric Vehicle Energy Taskforce, a government-backed group that this week released a report with 21 recommendations for improving power infrastructure aimed at both industry and ministers to accelerate the mass take-up of electric vehicles while delivering benefits to the electricity system.

Smart charging is one of three priorities highlighted by the taskforce given that tens of millions of EVs could one day soon be on the UK’s roads as they replace petrol and diesel vehicles in a long-term strategy to decarbonise personal transport.

Other major changes the group of industry experts want to see relate to better co-ordination of local and national infrastructure planning, as well as developing standards to enable interoperability in charging.

But in a panel discussion with journalists at the launch of the report, titled Energising Our Electric Vehicle Transition, it is smart charging that crops up the most.

What is electric vehicle smart charging?

Like other devices in the internet of things, smart charging refers to a system where an electric vehicle, charging station and energy operator are connected via the internet and can share data in the cloud.

While traditional plug-in devices have no online functionality, smart charging allows the charging station owner to monitor, manage and restrict the use of their devices remotely to optimise energy consumption.

It creates a relationship between electric vehicle owners and energy suppliers to help prevent EVs becoming a burden on the power grid.

Hollister explains: “Smart charging is about trying to shave off those peaks and incentivise consumers in this model through price to charge their EV in the middle of the night when the electricity demand is lower and maybe there’s an abundant supply of electricity.

“People are given the option to charge at a time that’s convenient to them but also to the energy system.

“For instance, when people first use their home charge point, they are asked to input time preferences that then act as the default.

“Or they link it to a chosen tariff so it automatically charges when electricity is cheapest or greenest.

“To achieve this, smart charging needs to be a seamless and easy experience for drivers.

“The interface of products will need to be appealing to users, as well as easy to use, as this will be the way that drivers engage with their energy supplier.”

The government is expected to set out requirements for all EV chargers to be smart but consumers would have to opt in, while the taskforce wants this flipped on its head so drivers would automatically use smart chargers unless they opt out.

The group has also proposed that flexible electricity markets must be developed by 2023 to properly reward EV drivers who help ease the burden on the grid, while it wants to ensure smart meters are installed alongside all chargepoints to give consumers the information they need about the benefits of smart charging.

It says the electricity system “must be able to respond to changes in demand, as well as unexpected generation and network faults, in real time”.

Without the ability to balance energy demand on a second-by-second basis, a chargepoint operator or electricity supplier may not be able to respond fast enough to demand, leading to a power outage.

Hollister adds: “The power sector needs to be an enabler, not a barrier, to the EV revolution and smart charging is essential to keep costs down.”

Interoperability between electric charging infrastructure and data-sharing is crucial

While smart charging is the ultimate vision for engaging EV drivers with the energy system, much work is still needed behind the scenes.

For a start, the taskforce stresses the importance of interoperability across EV chargers in terms of both the way they are physically used and how payments are made if electrification is going to become a compelling consumer proposition.

It says interoperability is also an essential prerequisite to building a resilient charging infrastructure that works efficiently and securely with the electricity system and other smart domestic appliances.

The recommendation it has put forward is for government to work with industry to accelerate the journey towards the adoption of common standards in order to achieve agreed interoperability.

Dr Howard Porter, chief executive of the British Electrotechnical and Allied Manufacturers Association (BEAMA), says: “The ideal solution is the consumer – whether they’re charging at home, work, on the street or at a hotel they’re staying at – should be able to use the same card to pay and the same system to charge the vehicle.”

He hopes the UK will manage to continue developing standards for charging equipment alongside the EU after Brexit, adding: “We have the mechanisms but it’s made slightly more difficult by the politics.

“If, ultimately, one thinks about an important product that’s aiming to provide smart charging in the UK and Germany then from a manufacturer’s point of view, you don’t want to produce two or three different types because of the extra cost involved and the consumer in the UK will have to pay more.

“If the standards vary for the use of EV chargers and the electronics inside the vehicle, I don’t think it’s viable for the UK.”

The ability to share consumer data securely and privately with third parties will be key to maximising the efficiency of the country’s energy infrastructure but the taskforce recognises consumers will need to be convinced of the benefits and assured it will be protected.

Data from the European Alternative Fuels Observatory shows the number of EV chargepoints per 100km of road in the UK increased from 42 in 2011 to 570 in 2019 – with more than 10,000 publicly-accessible chargers now installed.

The government accepts this needs to increase further and has committed £400m ($521m) to helping private operators install more devices across the country, as well as introducing legislation last year ruling that all new-build homes should have EV chargers fitted as standard.

There has been much debate about whether domestic or public chargepoints should be prioritised by the taskforce believes both are equally important to enabling mass electrification of road transport.

SMMT senior technology and innovation manager David Wong says 80% of EV drivers charge their vehicles at home because it’s the most convenient method but 93% still use public chargers.

“The most important thing is to have an effective and co-ordinated plan to roll out the right chargers in the right places to serve the throughput of vehicles in the right use cases,” he adds.

Part of this, the taskforce recommends, would involve giving consumers the same seamless experience between different operators like they enjoy at petrol stations, where there is no obligation to offer loyalty or fulfil a contractual commitment to any supplier, and there are many ways to pay for fuel.

Jillian Anable, professor of transport and energy at the University of Leeds’ Institute for Transport Studies, also believes it’s important to understand what people want when making decisions about locations for chargepoints.

“Part of the answer is to understand what they’re doing now and where they are travelling to,” she says.

“By using what we know about how people are travelling now, we can understand what might happen in the future.”

What is the Electric Vehicle Energy Taskforce and why was it set up?

But while EVs made up 3.3% of new car registrations last year – with plug-in cars, a category also including hybrid vehicles, accounting for 6.3% – the government’s own figures say ultra-low emission vehicles (ULEVs) only represent 0.5% of the total number of cars licensed.

Its Road to Zero Strategy, announced in July 2018, outlines how it will support the transition to zero-emission road transport and reduce emissions, with a plan to phase out petrol and diesel cars by 2040.

This will help to meet decarbonisation commitments but with the National Grid projecting an EV stock of between 2.7 million and 10.6 million in Britain by 2030 – and up to 36 million by 2040 – new ways of thinking are needed to decrease the load demand created by EVs on an energy system that could face a 30% rise in electricity consumption in 10 years’ time.

To help inform the debate on what infrastructure will be needed, the Electric Vehicle Energy Taskforce was established jointly by energy and transport ministers in September 2018.

It consists of more than 350 organisations across the energy, automotive, transport and technology industries, as well as public bodies and academics.

Its remit was not to add to the discussion surrounding how many electric vehicles must be adopted by drivers to help the transition to a zero-carbon UK or the number of charging points that will be required in the future.

Instead, the taskforce has aimed to provide an expert insight into the infrastructure that will be needed to enable to mass take-up of EVs, while providing benefits for both consumers and commercial operators.

The group, whose work is convened and facilitated by the Low Carbon Vehicle Partnership, claims to be the most wide-ranging collaboration between the UK’s energy and transport industries.

In its report, it says the cost of building the energy network infrastructure required for EVs could cost tens of billions of pounds – but this could be “significantly reduced” by integrating relevant industries.

Chairman Philip New, also chief executive of Energy Systems Catapult, says: “We want the mass take-up of EVs to emerge in a way that gives us outcomes that we feel happy with as a country and users of EVs.

“But also to minimise the overall cost to society and the energy system, while maximising the usability and utility for EV drivers so that charging your car is invisible to consumers rather than a major burden or worry.”