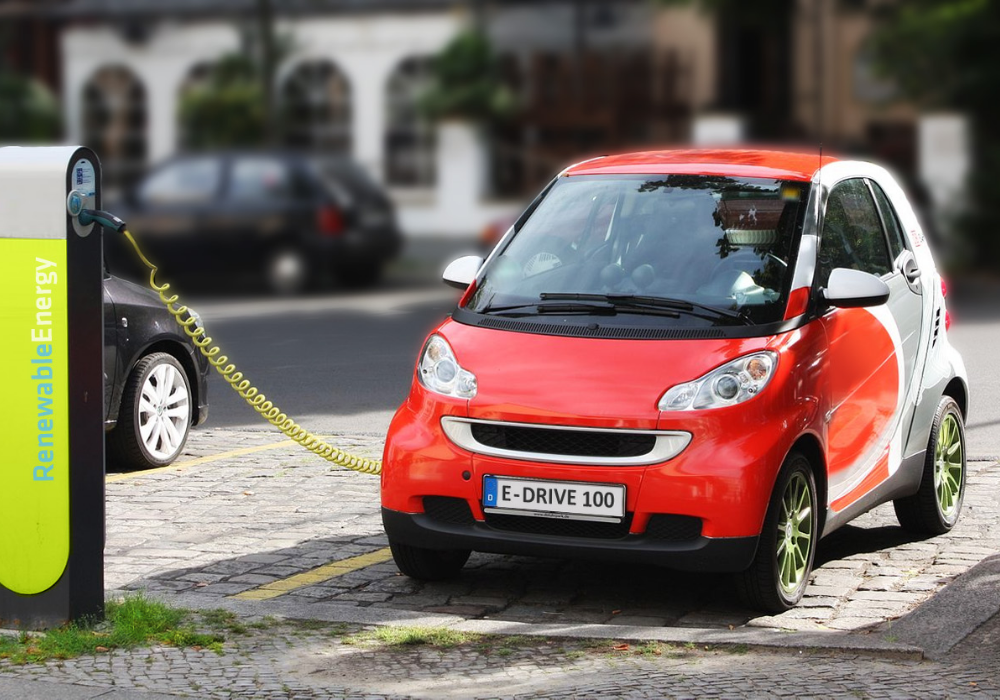 The UK is looking to ramp up its electric vehicle fleet and reduce emissions from its high-polluting transport sector (Credit: Michael Movchin/Felix Müller)

Battery electric car sales reached a record high in the UK in 2019, but CO2 levels rose again in the industry for the third consecutive year, according to a new report.

With Britain looking to become a leading nation in zero-emission vehicles, it will come as a welcome sight to see a 144% increase in the adoption of the new technology last year.

But that is likely to be overshadowed by figures released today (6 January) by the Society of Motor Manufacturers and Traders (SMMT), the UK’s automotive trade body, which shows the industry recorded its lowest amount of new vehicle registrations in six years and experienced a 2.7% rise in CO2 levels.

SMMT chief executive Mike Hawes said the third year of decline for the country’s new car market is a “significant concern for industry and the wider economy”.

“Political and economic uncertainty and confusing messages on clean air zones have taken their toll on buyer confidence, with demand for new cars at a six-year low,” he added.

How do battery electric car sales compare to alternatively-fuelled vehicles?

The automotive industry, which is the most polluting sector in Britain’s economy, is viewed as a key area to reduce CO2, with plans in place to limit the country’s emissions on roads and in the manufacturing of new vehicles.

Although the UK car market remains the second biggest in the EU behind Germany, with buyers able to choose from up to 350 models available in various fuel types, the 2.4% hit in sales last year has raised questions about the future of the industry.

But the market share for zero-emission vehicles is still tiny in the UK at 1.6% and highlights the progress needed to reach the 50% to 70% share the government envisages in the next 10 years.

The SMMT says this ambition has not been helped by the “significant decline” of zero emission-capable plug-in hybrids, with new registrations declining by 17.8% decline in the past 12 months.

The body added that this is “further evidence of the consequences of prematurely removing upfront purchase incentives before the market is ready”.

Hawes believes there needs to be more policies implemented to help the UK car industry transition to lower emission vehicles.

He said: “We urgently need more supportive policies through investment in infrastructure; broader measures to encourage uptake of the latest, low and zero-emission cars; and long-term purchase incentives to put the UK at the forefront of this technological shift.

“Industry is playing its part with a raft of exciting new models in 2020 and compelling offers but consumers will only respond if economic confidence is strong and the technology affordable.”

But in Britain’s attempts to reduce its reliance on diesel cars, the high-polluting engine motors had their 33rd month of decline in December.

Petrol, the UK’s most popular engine type, rose by 2.2% in new registrations and made up 64.8% of the market share.

Hybrid electric vehicles remain the country’s third most popular vehicle, making up 4.2% of the market after a 17.1% increase in sales in 2019.

Why CO2 levels continue to rise in the UK automotive industry

The UK has laid out a target of reaching net-zero greenhouse gas emissions by 2050 in an attempt to reduce carbon and help combat climate change.

But authorities will be disappointed that average CO2 emissions for new cars rose for a third successive year — by 2.7% to 127.9 grams per kilometre (g/km).

Those figures won’t be welcomed by carmakers looking to sell vehicles in the EU, following the bloc imposing new rules that will penalise companies if average CO2 emissions from the cars they sell rise above 95g/km.

If manufacturers exceed that limit, they will have to pay a fine of €95 ($106) for every gram over the target, which will then be multiplied by the total number of cars they sell.

The SMMT says manufacturers have invested heavily in advanced powertrains, lightweight materials and aerodynamics, meaning new cars are “ever more efficient, with new cars emitting, on average, some 29.3% less CO2 than models produced in 2000”.

But it added that this could not offset the overall rise because of the effort of the “more stringent” Worldwide Harmonised Light Vehicle Test Procedure (WLTP), which replaced the New European Driving Cycle (NEDC).

The tests are used to measure fuel consumption and CO2 emissions from passenger cars, as well as their pollutant emissions, and the body says the WLTP “ascribes a higher CO2 value than the NEDC test to the same model”.

The UK government has implemented strategies across the automotive industry to help aid the transition towards electric vehicles and decarbonise the economy.

It launched its Road to Zero initiative in 2018, pledging to make at least half of new cars ultra-low emission by 2030, and cease the sale of new conventional petrol and diesel cars and vans by 2040.

BIK is a tax implemented on employees who receive benefits or perks on top of their salary — so if someone has a company car for private use, they would usually have to pay a BIK contribution.

But now company car drivers who have a pure electric vehicle with zero tailpipe emissions will be taxed at 0%.