Why the UK’s ‘Road to Zero’ journey just got faster

Here Chris Evans, Rolton Group's deputy managing director, shares his thoughts on the development of the Road to Zero strategy in the UK 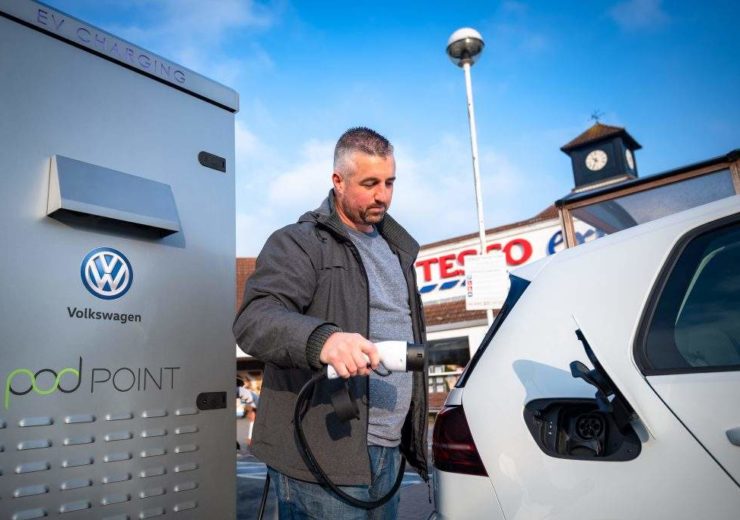 Despite the huge growth of electric vehicle (EV) charge points over the past eight-years, there has been no cohesive national strategy for EV charging, resulting in a myriad of different facilities and some locations remaining poorly served.

Understanding the diversity needed to create a sustainable charging infrastructure, as well as what will be most suitable both now – and in the future – is crucial.

The challenge developers and policymakers have faced is to use new technologies, engineering and experience to deliver smart solutions that meet the evolving needs of drivers, homeowners and businesses by implementing a future-proof infrastructure.

It is imperative to remember that EV infrastructure is not dealt with in a vacuum and is, instead, designed collaboratively.

Which is why the government’s commitment to inject 37 million in a bid to develop the UK’s electric charge point infrastructure, is a welcome sight and a step in the right direction to realising a green future cannot be achieved alone.

What’s blocking the Road to Zero?

The struggle to locate available and operational fast charge infrastructure still remains one of EV owners’ biggest apprehensions and there is no doubt that the uptake of battery electric vehicles (BEVs) has been hampered by the current, unreliable network.

Amongst the government’s commitments, the development of new solar forecourts, induction charging and, in particular, a project leveraging the existing Virgin Media physical and online infrastructure to deliver cost-effective and wide-spread charging, is probably the most welcome of the innovations.

This, in conjunction with a simpler method of payment, could be the game-changer in the drive to increase UK-wide update of BEVs.

The provision of inductive charge solutions or “Scalextric” type connections will be a huge benefit to those that rely on mobility for their business, from taxi drivers to delivery drivers, as well as in the long-term where people will require charging points, but don’t necessarily have the luxury of owning a driveway.

It’s a solution that will encourage the uptake of EVs beyond the early adopters into the mainstream.

This kind of solution may seem far off for some, but Sweden has already installed the world’s first e-road with success, and a similar system is being tested in China.

Infrastructure developers must consider a rapidly growing array of new and emerging technologies to meet our increasing demand for power.

This month, a consultation proposing that new-build homes in England are fitted with an electric car chargepoint by 2050 was launched by the UK Government.

Whilst the UK’s National Grid has the energy in its system to support a nation awash with EVs, what it’s lacking is the ability to charge them all simultaneously, hence the government advising that most EVs will need to be charged at home and in a smart manner.

Ofgem has issued its own guidance, calling for incentives to encourage people to charge their EVs outside of the peak hours.

What’s clear is that preparing for the onslaught of electric cars won’t just test the UK’s energy infrastructure, it’ll also challenge the habits of drivers.

The ongoing shift towards batteries

The mainstream shift from fuel tanks to battery electric vehicles (BEVs) is an international challenge.

For decades, our transportation has largely been powered by burning an enormous volume of petrol and diesel.

But BEVs will become a significant part of the grid – an immense change in capacity and load profile demands which could see it crumble under the pressure.

As more and more owners seek to plug in BEVs at home, National Grid has warned that people may have to choose between boiling a kettle or charging their car.

It is even predicted that EV charging will create a new peak hour that could see UK demand rise by as much as 8GW by 2030.

The news of the wireless charging investment was delivered on the one-year anniversary of the Road to Zero strategy, which, according to the government has driven a 60% increase in BEV registrations this year, compared to the same period in 2018.

Whilst it is positive to see the sales figures rising, the reality is that BEVs still account for only 0.95% of the market share.

There is no argument that charging up the electric vehicle revolution and investing in technologies to transform the experience for EV drivers will accelerate the UK on its mission to a greener future, but it’s vital that the planners of our towns and cities and any future developments recognise that the strategy to electrifying transportation is not one that can be solved alone.