Is Tesla gearing up to ditch solar power in a bid to dominate the electric vehicles market? 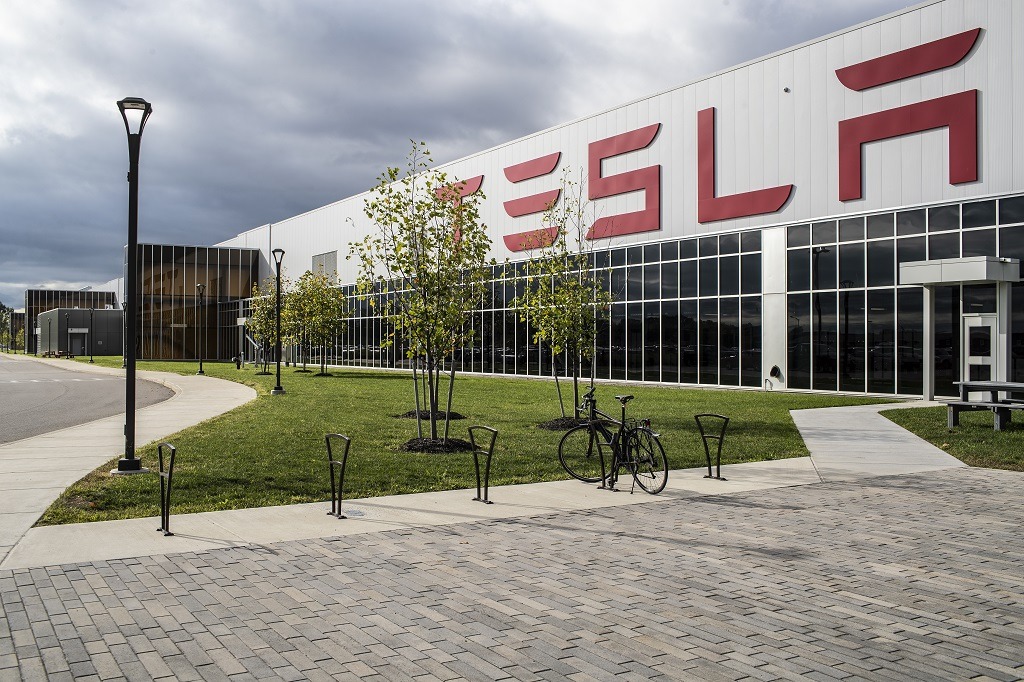 Business Insider reported Tesla cordoned off sections of its Gigafactory 2 in Buffalo and told its employees to "look busy" during a media visit (Credit: Tesla)

Elon Musk’s vision of marrying the solar power and electric vehicle markets through the creation of Tesla batteries that could see him dominate both at the same time is a great one – on paper at least.

Even someone with his extraterrestrial work rate can’t have it all, it seems, as the South African’s solar business looks to be winding down while his focus on battery-powered cars moves through the gears.

The company’s ill-fated acquisition of SolarCity and its perennially struggling Gigafactory 2 make for troubling signs as far as its renewable energy future is concerned – here we break down exactly what they could mean.

When Tesla completed its 2016 acquisition of SolarCity, in which Musk already owned a 22% stake, it looked as though it was consolidating the solar power market and readying itself to dominate it thereafter.

In 2015, the residential solar installer it snapped up accounted for more than a third of an industry which was well on its way to raking in more than $200m (£153m) annually.

Almost immediately, however, the bad news began to roll in as it became apparent Tesla was not ready to make the most of its new subsidiary’s potential.

By 2018, its market share of residential solar roof panels dropped from 33% to 6% as its chief rival Sunrun assumed the single largest majority.

Meanwhile, its share of commercial installations also plunged downward from 13% to 6% over the three-year period, leaving it clinging on to its lead in that area.

Ostensibly in a bid to help it cope with the downfall, Tesla began making wholesale, cost-cutting changes to SolarCity, from getting rid of staff to abandoning marketing deals with likes of US retail giant Home Depot.

Earlier this month, the company made its most drastic move yet by taking its sales process for all its products online.

A Tesla spokeswoman said: “The majority of our residential solar and Powerwall battery orders are already placed outside our retail stores [75%], including online or via referral.

“We believe this shift to online sales will result in the best, most seamless customer experience in the industry.”

Gigafactory 2 not a gigantic success

On the ground, the situation appears to be no better.

In 2014, SolarCity acquired solar manufacturer Silevo on the premise of using its technology to build the largest solar manufacturing plant in America, Gigafactory 2, which would be capable of providing 1,460 jobs and producing one gigawatt’s worth of panels every year.

After acquiring its most notable subsidiary, Tesla upped the stakes and pledged to spend $5bn (£3.8bn) over the next decade on the Buffalo-based plant, bringing in the likes of electronics manufacturer Panasonic to help on the ambitious project.

A few missed deadlines later, however, and the New York government grew concerned, mindful of the promise that had been made to its community.

It increased its investment in the project from $225m (£172m) to $750m (£573m) before bringing in its development agency Empire State Development Corp to bankroll the factory, which is now being leased through an intermediary to Tesla for the next decade at $1 (76p) a year.

Musk’s firm now finds itself in a precarious position, having promised alongside Panasonic to bring the original 1,460 jobs to the facility by April 2020 or pay a rolling $41m (£31m) penalty every year after the deadline until they do.

Things look bleak as far as delivering on that target is concerned, as the firm cut 9% of its Gigafactory 2’s workforce in June 2018, before axing a further 8% a few months later – it is currently in the middle of removing another 7%.

Tesla’s reward for its unenviable ultimatum is a factory that has sparked unionisation efforts and failed to reach its projected productivity, according to News 4 Buffalo.

Former employee at the facility Dale Witherell told the news outlet: “Some weeks we produced enough solar modules for zero homes and probably the best I saw was maybe four homes in a week.

“So that is alarmingly scary to obviously be a part of a company who doesn’t have any sense of urgency to tackle these issues and get them working correctly.”

“During my employment there, nothing improved during the entire employment as far as production.”

The company has not released any official numbers for just how many employees short it is of the 1,460 mark, but another former employee, Dennis Scott, believes there are no more than 400 people working there today.

“If you took all of our shifts, there are about 50 people, maybe 60 people at best per shift, there are four shifts – you do the math,” he said.

“Are you going to tell me there are 200 people up in the front office?”

The truth is the number could be even lower.

Responding to an FOI by News 4 Buffalo, state officials confirmed Tesla employed 188 workers and Panasonic employed 279 workers at the end of 2017 – that number can only have decreased since, given the well-publicised employee cuts.

None of this seems to have dented Tesla’s confidence in terms of its electric vehicles, which look set to receive greater attention in the coming years.

During the company’s January 2019 earnings call, Musk said it was “cell-starved for vehicle production”, and he would need to place more emphasis on that side of his business going forward.

Tesla has a finite number of resources, however, and it’s arguable this move will come at the cost of its solar business which, according to the company’s 2018 Q2 earnings letter, isn’t keeping up with demand.

“We plan to ramp up the production of solar roof panels with significantly improved manufacturing capabilities during 2019, based on the design iterations and testing underway,” wrote the company in its letter for Q4 last year.

“In the meantime, we are continuing to install solar roofs at a slow pace to gather further learnings from our design changes, as well as about the viability of our installation processes by implementing them in areas around the US that are experiencing inclement weather.”

Whether or not the company’s promise is seen through to fruition remains to be seen.

What is clear is that that the last few years paint a concerning picture of Tesla’s renewable energy business – one that suggests it may soon switch off its solar-powered lights to the benefit of its electric engines once and for all.