The UK has brought forward its ban on petrol, diesel and hybrid vehicles to 2035 - five years sooner than the previous target 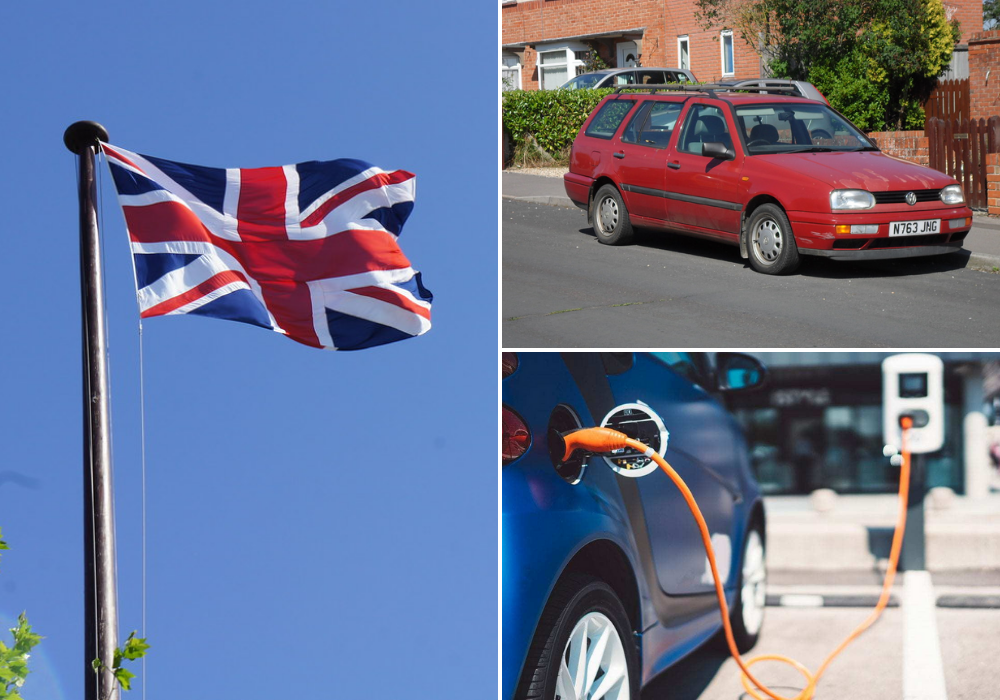 UK Prime Minister Boris Johnson announced the policy change today at a launch event for the UN’s COP26 climate conference that will be held in Glasgow, Scotland, in November (Credit: Rian Saunders/GritDaily/Charlie cars)

Britain’s power sector is ready to work with lawmakers and other industries to smooth the transition to electric vehicles after a ban on fossil fuel cars was brought forward, says Energy UK.

The industry organisation joined other groups today in welcoming the UK government’s plan to prohibit sales of petrol, diesel and hybrid vehicles from 2035 – five years earlier than originally legislated.

Prime Minister Boris Johnson announced the policy change – which is subject to further consultation – at a launch event for the UN’s COP26 climate conference, due to be held in Glasgow, Scotland, in November.

The Scottish government has itself pledged to phase out the need for petrol and diesel vehicles in the country by 2032.

“The UK power sector has been world-leading in reducing emissions and we stand ready to work together to help transform other sectors, like transport and heating, as well as our own,” she added.

“And we look forward to the forthcoming energy white paper and budget, where we hope to see measures that will allow the necessary innovation and investment to flow – and ensure that as a country we go further and faster towards net zero.”

Why the UK has updated its ban on polluting vehicles

The updated policy follows suggestions from the Committee on Climate Change (CCC) – an independent advisor on a low-carbon economy to the government – which said the previous target of 2040 fell short of what is needed to ensure Britain achieves its goal of reaching net-zero emissions by 2050.

In his opening parliamentary speech as prime minister last year, Johnson said the UK will be the “home of electric vehicles” in the future, and claimed they will be powered by British-made battery technology.

But while there are currently no concrete plans for large-scale battery manufacturing facilities to add to its single “gigafactory” at Nissan’s manufacturing plant in Sunderland, a report by research group the Faraday Institution states battery production capacity in Europe is expected to reach 130 gigawatt-hours (GWh) by 2025.

This means the UK, currently the fourth-largest automotive manufacturer in the continent, could fall behind other countries – with Germany, Hungary, Poland and Sweden among those with big plans for electric vehicle battery production.

The prime minister’s announcement of the petrol and diesel ban comes a day after Ofgem, the UK’s energy regulator, launched its Decarbonisation Action Plan.

The watchdog said it will bring forward an electric vehicle strategy and hopes there will be 10 million electric vehicles on the country’s roads by 2030 – a significant increase from the current level of 230,000.

The automotive industry, which is the most polluting sector in the UK economy, is viewed as a key area to reduce carbon dioxide (CO2), and a 144% increase in the adoption of zero-emission vehicles in 2019 would have been a welcome step forward.

But that was overshadowed by figures released last month by the Society of Motor Manufacturers and Traders (SMMT), the UK’s automotive trade body, which showed the industry recorded its lowest number of new vehicle registrations in six years – as well as a 2.7% rise in CO2 levels.

He said: “The target will be challenging for industry and drivers, but if we are to meet the 2050 net-zero commitment we must raise our level of ambition in road transport.

“The intent from the government is to give some real clarity on this target and to really gather the widest views before responding in the summer.

“With this in mind, we believe that in this proposal ‘zero means zero’, and the desire is for all new cars and vans to emit nothing under all circumstances as soon as is feasible.

“The timing is what we need to pin down. Clearly this will present a number of challenges, but also opportunities.

“Latest information on the fall in battery prices points to electric vehicles achieving price parity with conventional cars within the next five years.

“But there is already very significant fuel and other cost savings for electric vehicle drivers, so switching is already a good financial proposition for many.

“In simple terms for the typical driver, the aim is that your next car should have a plug, and the one after that should have no engine.

“But there’s a big job to be done by the manufacturers in switching over production facilities over a short timescale, and by organisations like LowCVP and others in making sure drivers, the energy system and key market players are fully prepared for the electric transition.

“This shortened target will heighten ambition and focus minds to meet the challenges ahead.”

Fiona Howarth, CEO of Octopus Electric Vehicles, the UK’s largest electric vehicle consultancy firm, believes the ban is “great news” and that the government will now have to “stand behind the goal with key measures to back it up”.

“Tesla has done to the car market what Apple did with smartphones – and the other car manufacturers are now racing to keep up,” she added.

“For the 72% of car owners that have a driveway, it is so convenient to charge up overnight.

“But for the remaining 28%, we need robust public charging solutions for their everyday usage.

“It is also currently a market led by the car manufacturers, and the government will need to establish strong incentives for them to bring huge volumes of electric vehicles to the UK, where there is currently a shortage.

“If they don’t, we may end up being the dumping ground for the surplus of dirty diesel and petrol vehicles.”

David Leggett, Automotive Editor at data and analytics firm GlobalData said the proposal highlights the “daunting task ahead” to transform the vehicle market from the “current dominance of petrol and diesel to zero-emission vehicles”.

“Fully electric vehicles took just under 2% market share of the UK’s new car market in 2019 and sales of zero-emission capable plug-in hybrids were down by almost a fifth, a consequence of the removal of government grants to encourage purchases,” he added.

“The automotive industry is investing in the expensive technology required for electric vehicles and many new models will hit the market in 2020.

“But the experience of other countries – such as Norway – shows that joined-up thinking and coordination of incentives, for purchase and for the cars in use, is necessary to achieve a major uplift to electric vehicle share.

“In Britain, we need greater clarity on support measures for plug-ins as well as the commensurate roll-out of battery charging infrastructure, which is currently a long way from supporting a much higher electric vehicle share.

“To get to a zero-petrol and diesel share by 2035 from the current position, a strategic review of the vehicle market and necessary measures to put it on a realistic pathway to that goal are required.”

Although Rebecca Newsom, Greenpeace UK’s head of politics, recognised the prime minister’s “road to the climate summit in Glasgow is paved with good intentions”, she said “action speaks louder than words”.

“The government needs to rise above petty politics, start leading by example and get its own house in order,” added Newsom.

“Phasing out the internal combustion engine faster is an important piece of the puzzle.

“But pushing the date later than 2030 would vastly reduce the chances of meeting our climate targets, and the potential to deliver thousands of electric vehicle manufacturing jobs.

“Action to clean up transport on our roads also can’t be seen in isolation.

“Expanding airports, handing out new licenses for oil drilling, and putting billions of taxpayers’ money behind climate-wrecking fossil fuel projects all over the world will not get us to the right destination.

“We need a complete rethink of the way we power our economy, build homes, move around and grow our food.

“A comprehensive vision needs to be set out by the prime minister and the new COP President, to set the UK on track to net zero as quickly as possible, and maximise the chances of impactful international negotiations to come.”