Despite consistent growth in recent years, ultra-low emission vehicles only make up 0.5% of licensed cars in the UK 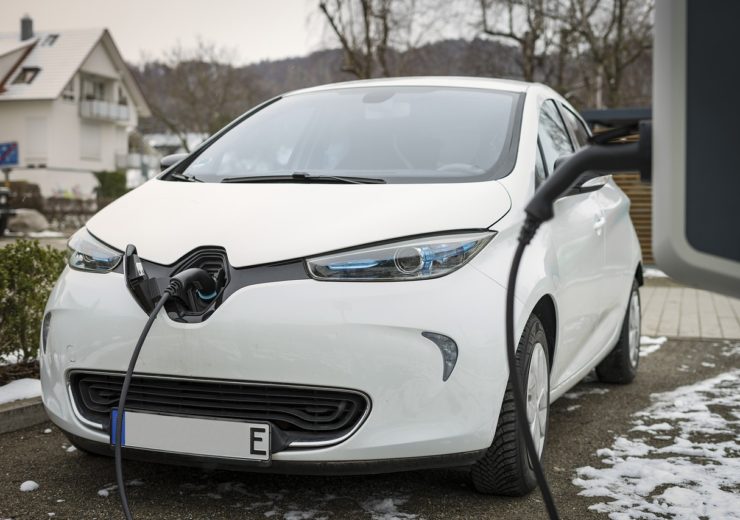 Home owners with driveways are being encouraged to switch to electric cars - but more innovation is needed for off-street parking (Credit: Pixabay/Ismael Marder)

Mass electric vehicle adoption may not happen quickly enough to hit decarbonisation targets as the industry doesn’t yet fully understand consumer mindsets, says an expert in the field.

Jillian Anable, a university professor specialising in energy and transport, believes the industry needs to recognise how and why people drive cars if they are to ever persuade them to swap petrol and diesel for fully electric.

She sits on the UK government-backed Electric Vehicle Energy Taskforce, which last week published a report featuring a series of recommendations for ministers and industry to prepare the energy system for the significant increase in demand caused by rising zero-emission car numbers.

By the end of 2019, the Society of Motor Manufacturers and Traders (SMMT) estimated were 265,000 electric vehicles on Britain’s roads – accounting for 0.5% of licensed cars.

Prof Anable, energy and transport chairwoman at the University of Leeds’ Institute for Transport Studies, told NS Business: “My fear is it’s naïve to think we will see a huge uptake in electric vehicles even though we’re talking like it’s definitely going to happen.

“We need to recognise it’s not going to happen quickly enough for decarbonisation.”

What must happen for mass electric vehicle adoption

She believes there are three key things that need to happen for mass electric vehicle adoption to happen. One of these is greater choice for consumers.

The independently-run independent Electric Vehicle Database shows there are 110 EV models from 30 brands on the market, including 75 fully electric.

In contrast, research by Canadian road safety app developer Windshieldink in 2017 estimated there were 1,700 different car models of all fuel types made by 75 manufacturers across North America, Europe and other countries.

“Cars are a consumer item that people define themselves by. People are being treated as economically rational but this is a highly emotive subject because they need to know they can go out and get a car that fits their perceived personality and lifestyle.”

A key barrier to electric vehicle adoption surrounds the idea of “range anxiety”, with battery-powered cars only able to travel limited distances before needing to be recharged.

There has been much debate about whether the priority should be on installing chargepoints in homes or public areas, such as motorways and car parks, but both are important according to Prof Anable.

She said: “When you ask people what the main barrier to getting an electric car is, it’s range.

“The majority of people don’t even travel as far as the range allows but when you think of consumer psychology, they’re thinking about the family holiday or visiting relatives.

“They might only travel long distances two or three times a year but that’s the way they think, no matter what the data says on mobility.

“So a really good long distance network of chargepoints is important. They also need to be rapid chargers that are interoperable because we’ve had problems where some cars don’t work with certain devices.”

Rapid chargers – which can charge up a car in 30 to 60 minutes, compared to two to four hours or overnight for fast and slow chargers respectively – make up just 3,000 of the 17,000 devices available in the UK as of January 2020, according to Zap Map.

In September last year, the UK government announced plans to double the number of rapid chargers as part of a wider £1.5bn ($2bn) EV investment strategy.

Upgrading grids around motorways could also be an important consideration for the energy industry to help the network cope with lots of new charging stations, the professor believes, while ensuring drivers can access real-time data at chargepoints will give them the information they need about costs and waiting times for refuelling.

She said: “There’s a wide range of estimates for what proportion of cars are actually parked off-street overnight and some EV uptake estimates are linked to these numbers.

“We need to get a grip on that. Even homes with a driveway might only have space for one car but the household could have two cars, so what are they going to do – get up in the middle of the night to swap the cars over?

“We need to think more about residential on-street parking and I think we’ll see different solutions coming through, such as pop-up chargers that can be plugged into the pavement, lamp post charging and plugging into telecoms street cabinets.

“It’s a space where the most innovation has to happen but it will also involve lots of infrastructure challenges, as councils will have to tear up pavements to install connections and decide which streets to prioritise.”

In the early days of electric vehicles, public charging points were free to use as government and industry tried to prompt drivers to switch.

But as EVs became more popular, costs have been introduced for using public charging and these have gradually increased, although some companies like Tesco and Pod Point offer free charging.

The SMMT blamed these changes for alternatively-fuelled vehicle sales falling by 11.8% in June 2019 compared to the same month a year prior – the first annual decline since April 2017.

Prof Anable called on lawmakers to stop “moving the goalposts” as this can harm consumer confidence in the sector, while the industry also needs to be more consistent.

“By having a certain amount of plugs and gadgets in electric vehicles, and then changing the specification so drivers have the wrong connections, doesn’t help uptake,” she added.

Despite the emotional attachment drivers have to their cars, Prof Anable actually wants to see a greater emphasis on on-demand car-sharing platforms like Zipcar and Getaround ahead of private vehicle ownership.

“We need to reduce the total number of cars,” she said. “They spend 97% of their lifetime parked.

“It’s a huge waste of money for individuals and society to have those assets sitting idle.

“Car-sharing is a really necessary part of this wider electrification picture.”