Why Berlin provides a smart location for Tesla’s European Gigafactory

GlobalData predicts that European electric-vehicle production will double from 0.8 million units in 2020 to 1.7 million by 2023, with Berlin the ideal location to take advantage of the increase in demand 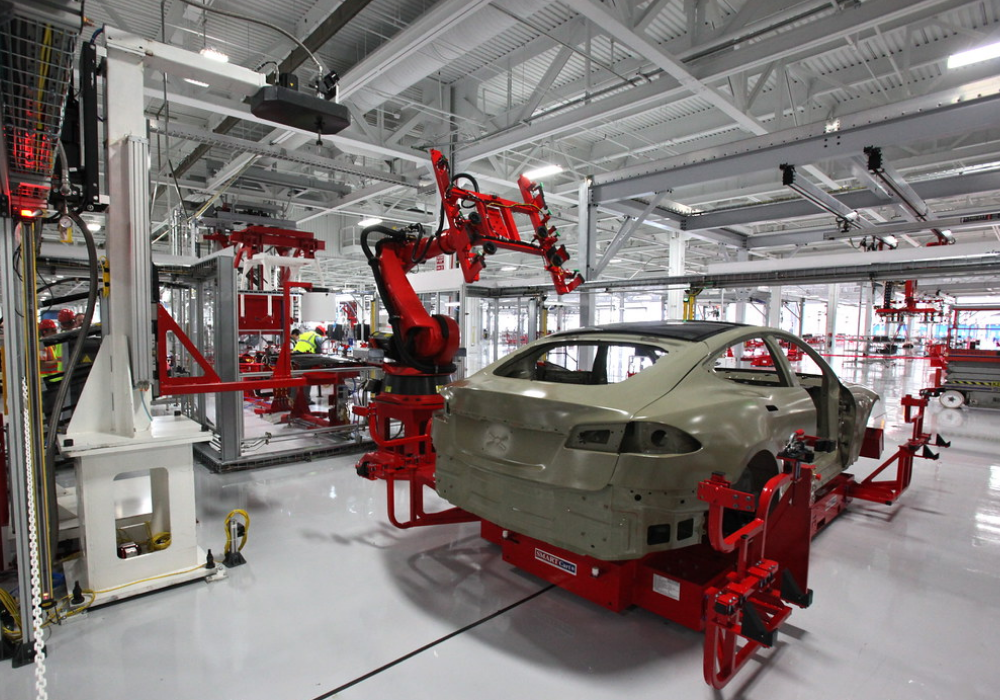 Tesla is planning to open a gigafactory in Berlin (Credit: Flickr/Steve Jurvetson)

Tesla’s decision to choose German city Berlin as the location for its all-new Gigafactory is the ideal choice for the electric car maker, according to an automotive industry analyst.

The US automotive and energy firm’s CEO, Elon Musk, confirmed the German capital would host its European manufacturing at an awards ceremony in the country on Tuesday.

This follows news that the carmaker will be pushing forward with a $2bn factory in the Chinese city of Shanghai, as it attempts to tap into the world’s biggest automotive market.

GlobalData automotive editor David Leggett believes the move into Europe will allow Tesla to operate closer to its customer base and help streamline manufacturing processes and cut costs.

He said: “Ultimately, a car company with global market ambitions has to have its manufacturing footprint spread around the world.

“With manufacturing facilities in North America, China, and Europe to serve those major regional markets, Tesla can build a more balanced manufacturing network and improve its logistics and distribution processes.

“That is something that has not always been smooth due to over-reliance on its Fremont, California, production base.”

Why is Berlin a good location for a Tesla factory?

Tesla previously said that it aimed to start production in Europe by 2021, but appears to have fast-tracked its plans because of intensifying competition in the electric vehicle (EV) industry.

According to GlobalData, it will give the carmaker direct access to the European EV market, which is expected to be the next biggest sector for the industry after China.

This is due to the Continent’s stringent carbon dioxide emission regulations.

GlobalData predicts that European EV production will double from 0.8 million units in 2020 to 1.7 million by 2023 and to then reach five million by 2034.

It believes European production will be second to China, which is predicted to manufacture 1.2 million EVs in 2020, rising to 3.9 million by 2023 before more than doubling to 8.2 million by 2034.

Leggett said: “Germany was always a front-runner for Tesla’s first European plant because of its position at the heart of Europe’s automotive industry and market, its established premium brands and indications from the German government that it will be very supportive in encouraging e-mobility.”

“This move is a long-term strategic play and makes sense on that basis,” added Leggett.

“But the company has big near-term challenges, including the ongoing ramp-up of Model 3 volumes, successfully bringing the Shanghai manufacturing plant on stream, ensuring a smooth production roll-out next year for the Model Y and maintaining Tesla on a path to positive cash-flow and profitability.”

Tesla is also establishing an engineering and design centre in Berlin to use Germany’s rich engineering resources and talent pool.

“There is a huge amount of value in the automotive manufacturing and supply chain clustered on Germany that Tesla can draw upon, and the ‘Made in Germany’ tag still carries significant weight in the premium car market.”