Analysis shows that in the first half of 2020 wind and solar power took a 10% share of the global electricity market, while coal is on the decline 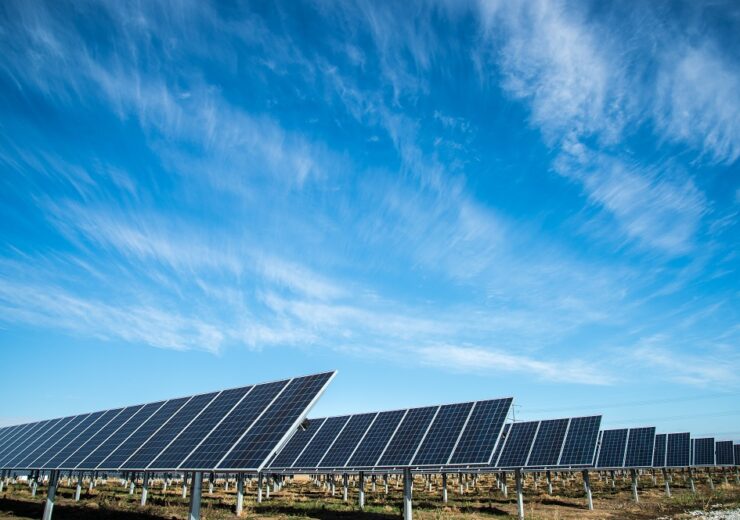 Wind and solar power accounted for almost 10% of the world’s electricity supply in the first six months of 2020, more than doubling their market share since 2015 when the Paris Agreement was signed.

The record-high generation from these renewable sources reflects a 14% increase compared to the same period of 2019, and accounted for 1,129 terawatt hours during the six-month period.

It also nearly matched the output from the global nuclear fleet, which produced 10.5% of the world’s electricity in the first half of 2020 – a level unchanged from 2019.

The findings published today (13 August) by energy transition think tank Ember analysed the electricity output of 48 countries, which together account for 83% of the global market.

Global coal generation declined by 8.3% in the first half of the year – the biggest half-year drop in three decades – amid growing competition from cheap renewables and a wider decline in energy demand around the world caused by Covid-19 lockdown measures.

The International Energy Agency (IEA) estimates global energy demand will contract by 6% this year as a direct result of the pandemic, with coal set to suffer the biggest impact. According to Ember, the world’s coal fleet ran at less than half capacity for the first time in the first half of 2020.

Since 2015, coal’s share of the global electricity market has fallen from 38% to 33%, while output from wind and solar has grown from 4.6% to 9.8%, says the report – although analysis of Intergovernmental Panel on Climate Change (IPCC) recommendations suggests that by 2030 coal needs to account for only 6% of electricity generation if targets to limit global warming are to be achieved.

Ember’s senior electricity analyst Dave Jones said: “Countries across the world are now on the same path – building wind turbines and solar panels to replace electricity from coal and gas-fired power plants. But to keep a chance of limiting climate change to 1.5 degrees, coal generation needs to fall by 13% every year this decade.

“The fact that, during a global pandemic, coal generation has still only fallen by 8% shows just how far off track we still are. We have the solution, it’s working, it’s just not happening fast enough.”

Europe leading the way on wind and solar power

According to the report, The European Union (EU) and the UK achieved the highest levels of power generation from wind and solar in the first half of this year – producing 21% and 33% respectively. Germany was Europe’s biggest contributor, with 42% of its electricity supply coming from the renewable energy sources.

Elsewhere, Turkey and the US’ electricity production from wind and solar was 13% and 12% respectively, while China, Japan and Brazil each hit a level of 10%.

Russia was the biggest laggard, with just 0.2% of its power generation coming from the two sources of clean energy.

Coal-fired generation in the US and EU fell by 31% and 32% respectively, although China only reduced its share of coal use by 2% – meaning it now accounts for 54% of the global total, compared to 44% in 2015.

In India, one of the world’s biggest coal consumers, wind and solar power’s market share has grown from 3% to 10% since 2015, while that of coal has declined from 77% to 68% over the same period.