The asset manager will vote against the re-election of ExxonMobil CEO Darren Woods as board chairman at this month's shareholder meeting, amid concerns about a lack of action on climate change 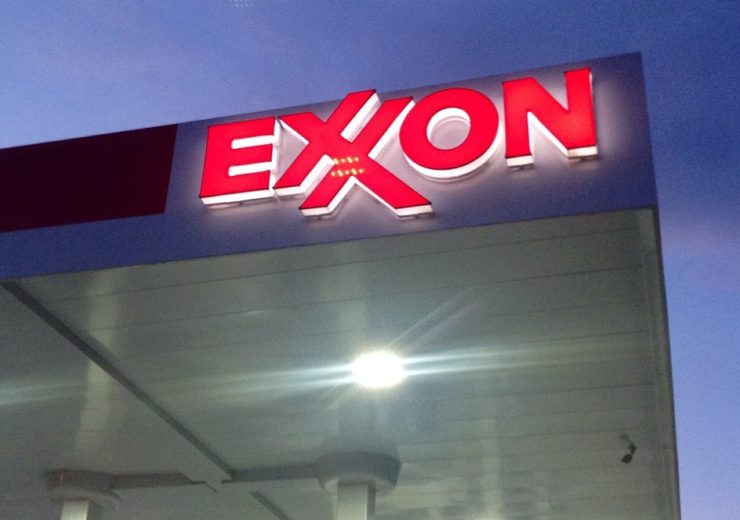 ExxonMobil is under pressure from investors to make climate commitments ahead of its 2020 shareholder meeting (Credit: Flickr/Mike Mozart)

Pressure is mounting on ExxonMobil executives to take more decisive action on climate change, after major investor Legal & General confirmed plans to oppose the re-election of board chairman Darren Woods at this year’s shareholder meeting.

The investment arm of the UK asset manager, which controls a fund of just under £1.2bn ($1.5bn), raised concerns about the Texas oil major’s “persistent refusal” to disclose its full carbon footprint and to set emissions targets at a time when other industry peers are announcing net-zero strategies.

Legal & General Investment Management (LGIM) joins other climate-concerned shareholders who last month pledged to oppose the re-election of Woods, who is also chief executive of the oil firm, as board chairman.

LGIM concerned by ‘lack of ambition’ from ExxonMobil on climate change

The investment firm said the combined role of chairman and CEO is an issue it is taking seriously across its portfolio, claiming a “better balance of authority and responsibility” would be achieved through separation.

LGIM’s head of sustainability and responsible investment Meryam Omi said: “We remain concerned by Exxon’s lack of strategic ambition around climate change. To remain successful in a low-carbon world, companies must act today, aligning their capital decisions with the goals of the Paris Agreement, and setting stretching targets.

“We are seeing many of Exxon’s peers step up, and reaffirm their sustainability ambitions even amid the current testing circumstances. The world, and Exxon’s investors, cannot afford the company to fall behind.”

Other shareholder groups support separation of chairman and CEO role

The Church Commissioners for England – an investment branch of the Church of England – and the New York State Common Retirement Fund both expressed “profound dissatisfaction” with Exxon’s apparent lack of engagement with climate issues last month, in an open letter to fellow shareholders.

In it, they said they will support resolutions to oust the current board of directors, appoint an independent chairman and demand greater transparency on political lobbying activities.

Both groups are members of the increasingly influential Climate Action 100+ shareholder initiative, which controls more than $40tn in global assets having recently added BlackRock — the world’s largest asset manager — to its roster, and has been putting pressure on firms to address environmental issues.

Last year, a vote to split the dual role of board chairman and CEO at Exxon received 40% approval from shareholders, while a vote for greater lobbying disclosure received 37% investor support.

The US oil major has advised shareholders to vote against each of these proposals at this year’s annual meeting, due to take place on 27 May.

The firm has defended its board structure, saying the combined role of CEO and chairman held by Woods delivers “significant benefits” to shareholders by ensuring “items of greatest importance for the business are brought to the attention of, and reviewed by, the board on a timely basis”.

It added in notes to investors that the board “fully supports accountability, appropriate transparency, and disclosure of lobbying activities and expenditures”, arguing that a requirement for additional disclosure would hold the company “to a different standard than other groups engaging in similar lobbying activities”.

But as climate issues become an ever-greater source of concern for investors, Exxon’s leadership team has faced criticism for a perceived lack of urgency to make the necessary changes for transitioning to a low-carbon operating model.

Industry rivals including BP, Royal Dutch Shell, Repsol and Total have each announced decarbonisation targets of their own, and investors are now calling on the US major to act more decisively on the issue of climate change.

LGIM’s Omi added: “We believe that the separation of combined CEO and board chair roles provides a better balance of authority and responsibility. In addition, if companies spend investors’ money on lobbying governments, we expect them to account for how and why they do this. Such checks and balances are in the best interests of shareholders.

“As constructive, long-term investors, we believe improvements in ExxonMobil’s governance and climate strategy will contribute to its resilience and future success.”

Earlier this month, Exxon reported a first-quarter loss of $610m amid the coronavirus turmoil that has gripped oil markets since the start of the year, a 125% decline compared to the same period of 2019.