Climate issues will be a hot topic at the annual ExxonMobil shareholder meeting, as investor groups demand a boardroom shake-up over its response to climate change. 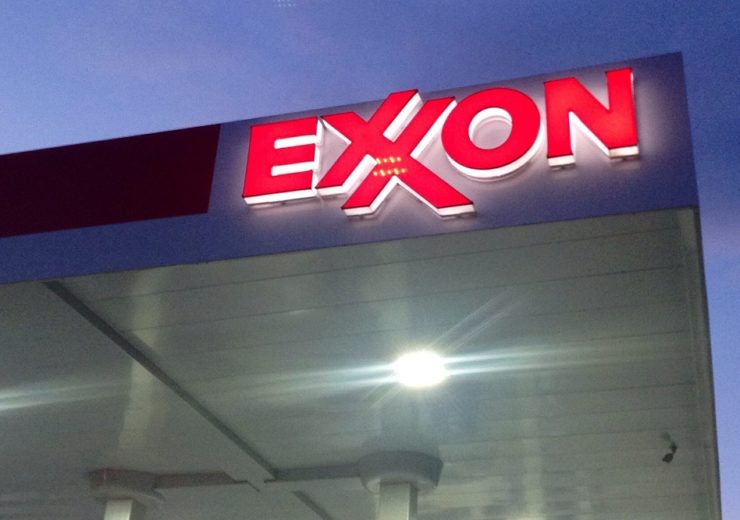 Climate-concerned investor groups have urged for the Exxon board to be voted out at this year's annual shareholder meeting (Credit: Flickr/Mike Mozart)

Ahead of the ExxonMobil annual shareholder meeting next month, investors have been urged to vote against re-election of the US oil major’s entire board of directors due to its “perverse” refusal engage with climate-related issues.

The Church Commissioners for England – an investment branch of the Church of England – and the New York State Common Retirement Fund have both made the call for shareholders to oust Exxon’s executive leadership team.

Both have also backed a resolution for the appointment of an independent chairman of the board of directors, a role currently held by Darren Woods who is also the firm’s chief executive.

The two investor groups are members of the Climate Action 100+ initiative, which controls more than $40tn in assets having recently adding BlackRock – the world’s largest asset manager – to its membership, and has been putting pressure on firms to address environmental issues.

In an open letter to shareholders, the groups said that, despite the current market pressures facing energy companies in the face of the coronavirus pandemic, now is not a time to “lose sight of the long-term challenges” the oil and gas industry faces in the context of climate change.

They added: “Our voting intentions are a measure of our profound dissatisfaction with ExxonMobil’s approach to climate change risks and the governance failures that underpin it.

“We believe that ExxonMobil can do so much better, and that a change in strategy and governance can bring about a long-overdue improvement in shareholder returns.”

Independent board chairman and lobbying disclosures also up for shareholder votes

It is the second year that the Church Commissioners and New York State Common Retirement Fund have chosen to vote against the board’s re-election, although more than 93% of shareholder votes cast at last year’s meeting were in favour of backing the leadership team.

A separate vote to split the dual role of board chairman and CEO and appoint an independent party to oversee corporate governance gained a 40% approval from shareholders in 2019.

This motion is again on the agenda ahead of this year’s meeting, as well as one for Exxon to provide details of its political lobbying activity – which garnered 37% support last year.

New York State Comptroller Thomas DiNapoli, who is a trustee of the retirement fund, said: “We believe that an independent board chair and the disclosure of lobbying are important first steps in restoring oversight and good governance practices at ExxonMobil.

“The time has come for ExxonMobil shareholders to insist, unequivocally, on change. We believe that directors must be held to account for this broken state of affairs.”

A third climate-related shareholder motion has been filed this year, intended to scrutinise the oil company’s public statements on voluntary climate commitments and the reality of the results.

The proposed annual “greenwashing audit” is designed to help shareholders decide whether climate-realted spending is delivering “meaningful benefits” or being used to enhance its public image, according to company documents.

Exxon has advised shareholders to vote against all three proposals, saying the combined role of CEO and chairman held by Woods delivers “significant benefits” to shareholders by ensuring “items of greatest importance for the business are brought to the attention of, and reviewed by, the board on a timely basis”.

It added that the board “fully supports accountability, appropriate transparency, and disclosure of lobbying activities and expenditures”, arguing that a requirement for additional disclosure would hold the company “to a different standard than other groups engaging in similar lobbying activities”.

The activist investors highlighted steps taken in recent months by other oil and gas majors, including BP, Royal Dutch Shell and Repsol, to develop new business strategies that are aligned with the climate goals set out in the Paris Agreement.

“ExxonMobil, by contrast, has been uniquely resistant to accepting responsibility for the emissions associated with its business,” they added.

“It has refused to disclose the emissions associated with the use of the energy products it sells. It insists on planning its future production on the basis of demand growth consistent with 3°C of warming by 2100.

“Most perversely, and damaging to shareholder returns, it is investing to grow its hydrocarbons production by 25% by 2025, a growth rate in excess of even a 3°C pathway.

“While professing support for the Paris Agreement, ExxonMobil is acting in full defiance of it.

“It is crystal clear to us that ExxonMobil’s inadequate response to climate change constitutes a broad failure of corporate governance and a specific failure of independent directors to oversee management.”

Exxon disputes these claims, saying board members “routinely review environmental stewardship and discuss issues related to the company’s business, including the risks related to climate change”.

In its notes to shareholders, the oil company added: “The board considers climate change throughout the year as it assesses research and development efforts, operating strategies, business and corporate planning, technology, current events, shareholder engagements, and company performance.

“[It] evaluates climate risks in the context of other operational, market, and financial risks and considers the interactions with these additional factors.

“It also includes at least one session each year when the full board engages on the latest developments in climate science and policy.”