As the coronavirus pandemic continues to crush oil demand, and global storage capacity fills to brimming point, close attention is being paid to the price of Brent crude. 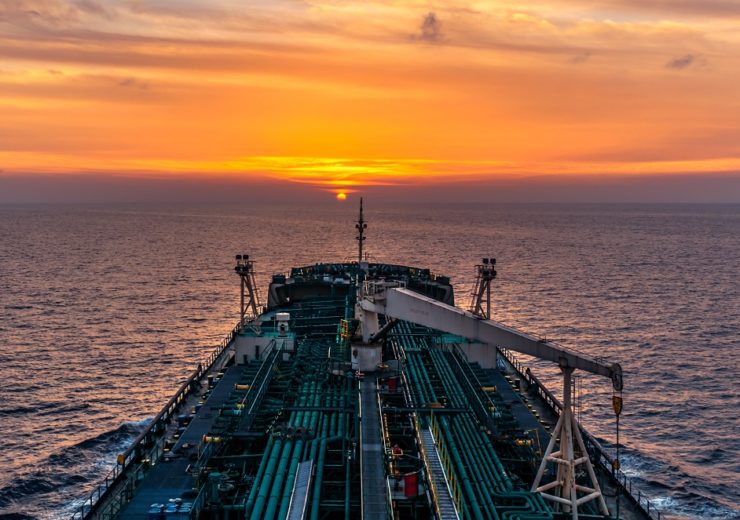 After the West Texas Intermediate (WTI) US oil benchmark stunned markets this week by falling to negative price territory, onlookers are keeping close tabs on another key international commodity, Brent crude, to see if it could suffer a similar fate. Here, NS Energy takes a look at the key issues at play, and whether or not Brent could follow WTI’s sub-zero example.

The spectacular price collapse of the top US benchmark crude oil left markets reeling this week, as West Texas Intermediate (WTI) ended Monday’s (20 April) trading at a negative value for the first time ever.

Quirks of a WTI trading system that settles futures contracts through physical delivery, coupled with the imminent expiry of May contracts, no doubt contributed to the swift and brutal price rout that pushed the commodity close to minus $40 per barrel – but it was the issue of rapidly disappearing storage capacity that really drove the sell-off.

“In simplest terms, entities were willing to pay for oil to be taken off their hands due to vast oversupply and insufficient storage facilities,” explains Fergus Kiely, a legal analyst at DWF specialising in energy markets.

Steps have been taken to address the excess of oil cascading through global inventories, including the record production-cut agreement struck by Opec+ earlier this month, but the severity of the coronavirus demand shock is such that crude oil is still struggling to find a home.

In the case of WTI, it was capacity shortages at the Cushing storage hub in Oklahoma, US – the key destination for the crude benchmark – that were key to the price collapse this week, as the rate of production in the US outpaces the availability of storage to keep the oil in this low-demand environment.

Energy Aspects chief oil analyst Amrita Sen says: “Ultimately, crude must price to stop barrels flowing into the hub, and in this case, production shut-ins need to happen to enable this.

“While on the surface a $0 oil price would suggest producers stop production, in theory it is more economic to pay someone to take the crude rather than shut the well, as there are costs associated with shutting a well.”

As WTI was eviscerated, however, Brent crude — another key international benchmark — experienced a much gentler decline, falling around 9% to end the day at just under $26 per barrel.

While still a notable price drop in the broad context of oil markets, it was Brent’s credentials as a seaborne commodity — meaning it is traded as a financial abstract rather than physical entity, based on reserves stored on ocean-roaming supertankers — that insulated it from the same fate as its US counterpart.

Land-based storage facilities like Cushing are much closer to reaching full capacity than sea-going tankers, although with global oil production still far outpacing demand decimated by the impact of Covid-19, it seems only a matter of time before tanker storage also reaches its limit without significant industry intervention.

With this in mind, many are wondering whether Brent could soon repeat WTI’s foray into negative-price territory.

On Tuesday (21 April), Brent crude dropped briefly below $16 per barrel — the lowest it has been since 1999, and an expression of the “negative sentiment” surrounding the commodity, according to Rystad Energy oil analyst Louise Dickson, despite its apparent storage-space advantage over WTI.

Prices have rallied somewhat since then, currently back above $20 per barrel, but with news that free space among even the biggest tank storage firms is rapidly running out, Brent prices could soon be back on their way down.

“Brent is not immune to a negative price possibility,” explains Dickson. “What happened to WTI can happen to any traded commodity, if the forces behind the short are aligned. Traders have realised the danger.”

“Overall, however, Brent should be more resilient — given it is made up of multiple crude grades and has natural egress to seaborne markets, and thus can chase global demand in a way that WTI cannot.

“There are also fewer players with a vested interest in seeing Brent collapse — Saudi and Russian crudes are both unofficially pegged to Brent, for example.”

The additional storage capacity available to Brent perhaps allows it a time advantage over other landlocked crudes — giving market forces a chance to address the imbalance between supply and demand.

An historic agreement between members of the Opec+ alliance earlier this month to collectively cut 9.7 million barrels per day (bpd) during April and May already appears insufficient to ease the pressure on storage space, but it will nevertheless go some way to easing the strain.

Adding in the natural production declines of non-Opec+ countries such as the US and Canada, the opening up of sovereign strategic oil reserves to purchase excess supply, and even the rumoured possibility of deeper cuts among Opec+ nations, could potentially go some way to clearing enough excess oil from the market that storage options are relieved.

Dickson says: “The storage shortages are real and will not be resolved at the current market conditions, even with the agreed Opec+ cuts.

“More output curbs are needed, generous ones, in order to see supply and demand balancing again.

“That will not of course relieve storages, but as demand bounces when some of the lockdowns are over, some supplies could also be sourced from the full-by-then tanks.”

Further price swings can be expected

Until such time that further action is taken to tackle oversupply in the market — and that coronavirus pressures ease to the point where economic activity can begin to restart — prices of all crude varieties can be expected to remain volatile.

“We could be looking at pandemonium next month, especially if the lockdown extends beyond May,” says GlobalData consultant Nandakumar Premchand.

“With companies signing up for floating storage tankers globally to store excess oil, even this option will cease to exist shortly.”

The June contract for Brent has now regained to above $20 per barrel after Tuesday’s drop, while WTI, now also trading for June delivery, has recovered to around $14 per barrel from its historic decline on Monday.

The hope is that storage pressures will have peaked by June, and global efforts to stabilise the market will have begun to take effect – but each day brings with it a new twist as the unprecedented effects of Covid-19 continue to wreak havoc across the industry.

“With no more generous production cuts announced, and as the last remaining storage facilities get filled to the top with oil, we can expect to see such huge swings in oil prices from now on,” warns Dickson.

“The mild daily changes in oil price that we were used to some months ago may now be calm luxuries of another era.”