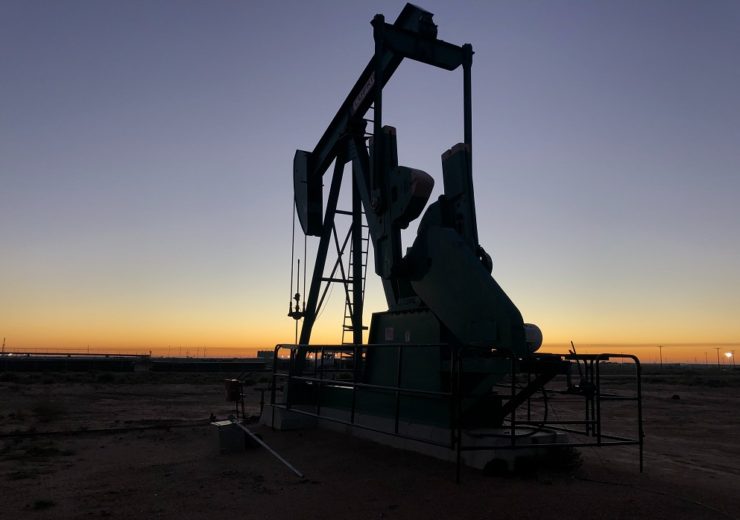 US crude oil production is set to undergo its first annual decline since 2016, according to government figures forecasting a 500,000 barrels per day (bpd)-drop compared to 2019.

The estimate comes as part of the US Energy Information Administration’s (EIA) latest short-term outlook, which has revised down an earlier forecast for the year from just under 13 million bpd to 11.8 million bpd – a 9.5% reduction.

The trend is expected to continue into next year, with a 12.9% downwards revision made to the EIA’s forecast – from 12.7 million bpd to just over 11 million bpd.

The adjustments suggest the US will return to being a net importer of crude oil and petroleum products by the third quarter of 2020, and remain so throughout the forecast period.

With diplomatic efforts underway to calm volatility across energy markets, it has been suggested that the world’s biggest oil producing-countries – including Saudi Arabia, Russia and the US – might co-ordinate to cut crude oil production.

These latest figures from the US may well be used to play into any discussions about curtailment measures, with Washington able to point to a decline in output – even if it is one not officially mandated by the government.

Whether that will be enough to satisfy leaders in Moscow and Riyadh remains to be seen.

EIA expects Brent crude to average $33 per barrel this year

The US oil industry has found itself under intensifying pressure as the global demand shock brought on by coronavirus combined with the Saudi-Russian price war to push crude value down well below $30 per barrel in March.

Scheduled meetings later this week between the Opec+ alliance and, separately, the oil ministers of G20 nations have offered some optimism that countries will co-operate to tackle the deepening market crisis – with crude prices rallying slightly since news emerged of possible production-cut agreements last week.

That is $10 per barrel below previous forecasts, and comparable to an average of $64 per barrel in 2019.

West Texas Intermediate crude is anticipated to average $29 per barrel this year, and $41 per barrel in 2021 – compared to $57 per barrel last year.

US Department of Energy spokeswoman Shylyn Hynes said: “[US energy industry] growth has been stalled due to the unexpected and unprecedented worldwide demand impacts of Covid-19, coupled with the disruptive actions of the ongoing dispute between Opec+ nations.

“[US energy secretary Dan Brouillette] is confident that both of these forces are temporary, and the market will recover.”

IEA says oil markets facing a ‘shock like no other’

Recent commentary from the International Energy Agency (IEA) described the current situation facing the global oil industry as “a shock like no other in its history”.

The organisation suggested that five million barrels of oil are being produced each day that are not fetching prices high enough to cover the cost of its extraction.

It added: “The shock to some oil-exporting countries is going to be profound, bringing risks to their social stability and sharply curtailing their ability to buy essential goods and services from the rest of the world.

“The threat of bankruptcies in a sector with the size and strategic importance of oil, alongside the crucial role of oil in global finance and trade, add hazardous elements to a highly unstable global financial situation.”