Brent crude futures fell below $26 per barrel today (18 March), with West Texas Intermediate trading at under $23 per barrel - the lowest levels since 2003 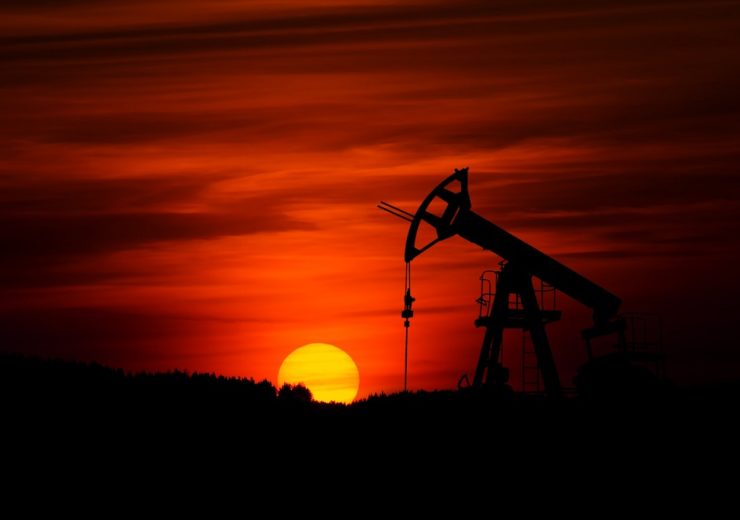 Oil prices fell to their lowest in almost two decades today (18 March), with Brent crude dipping below $26 per barrel – the cheapest since the 2003 invasion of Iraq.

According to Bloomberg, West Texas Intermediate crude fell as much as 16% in the day’s trading to below $23 per barrel, its lowest since 2002, as markets continue to react to a confluence of evaporating demand caused by the coronavirus pandemic and the escalation of a price war between Saudi Arabia and Russia.

The promise of additional supplies hitting the market next month as Opec+ members are released from their existing production-cut commitments, raises the prospect of even more dramatic price drops, putting global storage capabilities – and the resilience of financial systems – to the test.

As much as three million barrels per day (bpd) of additional crude oil could saturate global markets in April, as Opec+ countries prepare to open the floodgates after years of agreed production cuts to stabilise the market against competition from cheap US shale.

Around two million bpd could be unleashed by members of the informal oil-producer alliance, while the prospect of a cease-fire in Libya’s civil war – which has effectively brought the country’s industry to a standstill in recent months – could see a further one million bpd flow into global inventories.

That is according to the latest analysis by research group Rystad Energy, which says output is likely to increase further still in May as Opec+ countries ramp up production and more of Libya’s 2.8 million bpd capacity comes back online.

The deluge of crude into an already oversupplied marketplace is expected to put extra downward pressure on commodity prices, which have been in freefall since the outbreak of coronavirus and the subsequent stand-off between Saudi Arabia and Russia about whether to implement further cuts.

Saudi Arabia, the nominal leader of Opec, has already said it will significantly accelerate production once cutback measures in place since January expire at the end of the month.

That is despite global demand for crude oil retreating rapidly in the face of flight cancellations, industrial shutdowns, quarantines and travel bans brought on by the spread of Covid-19.

The International Energy Agency (IEA) recently revised down its oil demand forecast for the year ahead, warning of the first contraction in a decade and saying developing economies heavily dependent on oil revenues would be the worst-affected.

State-owned Saudi Aramco has confirmed it will increase its maximum sustainable production capacity from 12 million bpd to 13 million bpd next month on instruction from Riyadh, while reports suggest the country will seek to boost current crude output levels by 2.5 million bpd to 12.3 million bpd in April.

Rystad’s analysis estimates the kingdom’s upstream capacity will be limited to 11.5 million bpd in the “short term”, which would nevertheless be a significant increase on its current output of 9.8 million bpd.

The research group’s head of oil markets Bjørnar Tonhaugen said: “Any large political power sometimes needs to remind its adversaries and competitors of its might. We believe Saudi Arabia seeks to teach the market a lesson.”

Earlier this week, a group of US senators wrote to Saudi leader Crown Prince Mohammad bin Salman, asking for a de-escalation of these measures that have driven the oil price crash, sending financial markets into turmoil at a time when the world is struggling to address the spread of Covid-19.

The letter stated: “The US has been a strong and reliable partner to the [Saudi] kingdom for decades. In light of this close strategic relationship, it was greatly concerning to see guidance from the kingdom’s energy ministry to lower crude prices and boost output capacity.

“This has contributed to a disruption in global oil prices on top of already hard-hit financial markets.

“Senior Saudi government leaders have repeatedly told American officials, including us, that the Kingdom of Saudi Arabia is a force for stability in global markets.

“Recent Saudi actions have called this role into question. We urge the kingdom to assert constructive leadership in stabilising the world economy by calming economic anxiety in the oil and gas sector at a time when countries around the world are addressing the pandemic.”