Opec had recommended fresh production cuts of 1.5 million bpd until the end of the year in a bid to stabilise markets amid coronavirus pressure, but failed to secure Moscow's backing 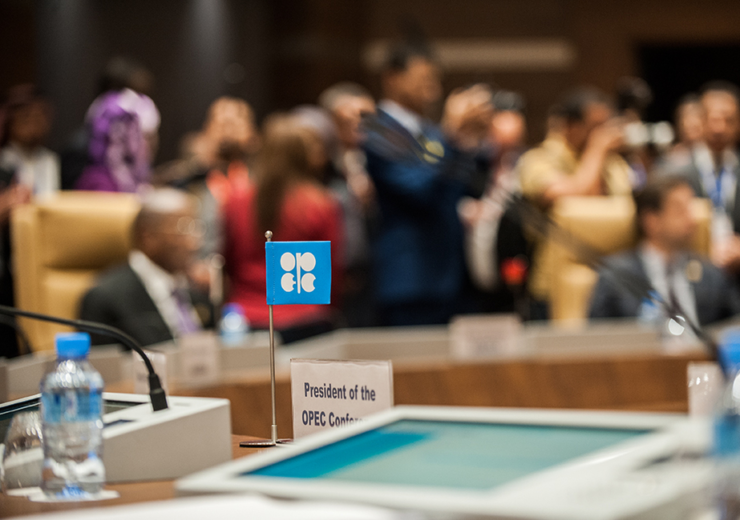 Opec members are awaiting Russia's decision on whether it will agree to new supply cuts (Credit: Opec)

Crude oil prices nosedived on news today (6 March) that Russia had rebuffed a recommendation from Opec to introduce fresh production cuts in response to the impact of coronavirus on international markets.

Already weakened by waning global demand as the health crisis continues to subdue economic and industrial activity, Brent crude dropped almost 10% in the day’s trading to around $45 per barrel – its lowest level since 2017.

Opec had hoped to secure agreement from Russia for an extension to existing measures, due to expire at the end of this month, to curb global oil supply in an attempt to bolster markets – as well as for a major deepening of the cuts that would see oil producers withhold 3.6 million barrels per day (bpd) overall until the end of the year.

Russia’s refusal to cooperate raises doubts over the future of the informal Opec+ alliance, which has been coordinating to control global oil output – and market prices – since 2016, potentially paving the way to a price war that could drive down prices further still.

In Vienna on Thursday (5 March), Opec members had suggested a major round of oil output cuts totalling 1.5 million barrels per day (bpd) – adding to existing measures to withhold 2.1 million bpd introduced at the start of the year in response to a global oversupply and cheap natural gas prices.

The new reductions – intended to be shared between Opec members, nominally led by Saudi Arabia, and non-Opec countries that have been cooperating with the measures – were initially suggested to run until the end of June, but post-meeting negotiations led to a revised timetable for the end of the year.

A second meeting was held today to discuss these plans with members of the Opec+ alliance – which is informally led by Russia – and to secure their agreement to the new policy.

Rumours emerged throughout the day that Russia was unwilling to commit to further production cuts, and after a series of delays brought on by last-gasp negotiations it was confirmed Russia had not agreed to the recommendation.

The collapse of the talks now raises the “spectre of unrestrained production”, according to Wood Mackenzie analyst Ann-Louise Hittle, who described the outcome as a “psychological blow for the market”.

She added: “The only silver lining in a very dark cloud is for refining – the sector will be hit hard by weak demand, but it is at least saved from tightening crude differentials associated with a major cut in OPEC supplies.”

The impact of coronavirus on global oil markets has been huge since it took hold in China in January, as quarantine measures and subdued economic activity have conspired to significantly weaken demand for the commodity.

On Thursday, Opec confirmed it had dramatically revised down its full-year demand forecasts due to the “unprecedented situation” brought on by the health crisis.

It said in a statement: “The Covid-19 outbreak has had a major adverse impact on global economic and oil demand forecasts in 2020, particularly for the first and second quarters.

“Moreover, the unprecedented situation, and the ever-shifting market dynamics, means risks are skewed to the downside.”