Was Mexico the big winner in the Opec+ deal to cut oil production?

While all eyes were on Saudi Arabia and Russia ahead of the April Opec+ meeting to discuss oil production cuts, it was Mexico that really stole the show 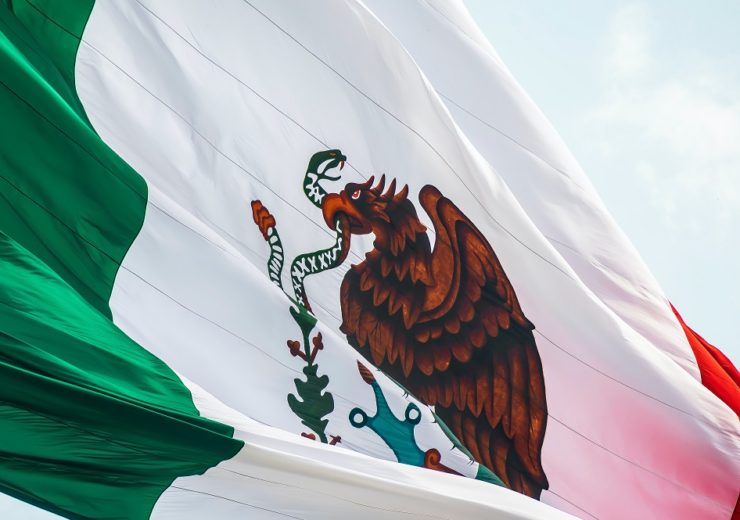 Mexico had flown under the radar ahead of a summit that was billed as a clash of the Opec+ titans to bring an end to their price war for market share. Andrew Fawthrop takes a closer look at how the nation stole the limelight, and whether it can claim victory in what was the biggest-ever deal to control global oil production.

As negotiations between members of the Opec+ alliance over a response to the oil market crisis stumbled on into the early hours of the long Easter weekend, it was a surprise derailment from Mexico that threatened to cast the record-breaking production-cut agreement into doubt.

Going into the meeting, all eyes had been on Saudi Arabia and Russia, and whether they could agree to settle their feud that had sent crude prices crashing to their lowest in almost two decades during March.

But it was Rocío Nahle García, Mexico’s energy minister, who caused the biggest upset,  refusing to accept the proposal for her country to contribute a 400,000 barrels per day (bpd)-cutback to the overall deal — tempting headline writers with the prospect of an unfolding “Mexican stand-off” at the summit.

By the time G20 energy ministers had met the following day to discuss their support for the productions cuts, all other members of the Opec+ alliance had reached a provisional agreement to remove around 10 million bpd from their collective output — it was only Mexico’s inflexibility holding up the process.

In the end, it was an intervention from US President Donald Trump, who had brokered the meeting to rescue the buckling US oil industry that eased the way.

He offered for the US to shoulder the burden of Mexico’s contribution, making up the shortfall between its neighbour’s red line of 100,000 bpd reduction and the much higher demand from Opec+.

To many onlookers, it was a surprising turn of events, given the fact Mexico had flown under the radar ahead of a summit that had been billed as a clash of the Opec+ titans to bring an end to their price war and tussle for market share.

But analysis from Rystad Energy suggests the stand-off can be explained in the context of Mexico’s national oil revenues, which it says are protected by “gigantic hedges” that would offer it protection against the low price of oil.

“The exact hedge structure is unknown, but our estimates suggest a potential hedging gain of around $6bn in 2020 given current oil prices,” the firm explains.

“In addition, the [Mexican] government strongly supports the revival of the state’s upstream and refining industry, which has finally managed to achieve positive operational momentum after a multi-year decline.”

Central to this is the ambitions of Mexico’s President Andrés Manuel López Obrador, who has championed efforts to revive his country’s loss-making state-owned oil firm Petroleos Mexicanos (Pemex) during his time in office.

The decision to rebuff the proposed cuts at a time when ramping up oil production is considered financially detrimental has been viewed by some industry experts as more of an “ideological” stance intended to keep Mexico’s oil and gas infrastructure active and productive.

“Pemex should be cutting production anyway. Although 400,000 bpd of crude oil is not an insignificant cut, the decision of Mexico is based more on ideological motives of the current administration for having the oil and gas sector as a key component in the country’s economy.

“At this moment in time, the strategy of keeping producing and planning for new projects to be brought online does not make sense.

“New projects require average breakeven prices of $42 per barrel and as for producing fields there are many not able to cover ongoing expenditures at current prices.”

While Mexico eventually settled on a 100,000 bpd production cut with the support of the US administration to cover the remainder of its national curtailment, Rystad’s analysis estimates the reality of its cutbacks could be even as low as 50,000 bpd.

“If currently-drilled wells come on line within schedule and no new wells are planned, Mexico would need to effectively reduce output by only 50,000 bpd in May and June to adhere to the Opec+ agreement — either by partial shut-ins or flow restriction on less economic projects,” explains Rystad’s senior analyst Alexandre Ramos Peon.

This is because of the 2018 production-level baseline for the cuts agreed by all members of the exporter alliance — excluding Russia and Saudi Arabia which both agreed to a baseline level of 11 million bpd.

“Based on the latest reported production figures at the well level, it appears that as of February 2020, Mexico’s output is just below that [2018] baseline,” Rystad suggests.

“If a 100,000 bpd cut from the 1.75 million bpd October 2018 level is enacted by May, and assuming no maintenance or extraordinary events take place, Mexico would need to forcefully reduce output by 50,000 bpd in May and June only. The rest of the mandated cut will be delivered by base decline.”

All these factors lend credence to the argument that Mexico emerged from the historic Opec+ meetings as the clear winner.

“It avoided the operational pressure of a 400,000 bpd output cut and will be well-positioned for a gradual production ramp-up when demand recovers, given the country’s backlog of wells awaiting completions and the robust level of new activity”, explains Ramos Peon.

While other oil-producing nations, particularly Saudi Arabia and Russia backed with the implicit support of the US, would have hoped for a positive price reaction to news that they would clear record volumes of oil from global inventories over the coming months, that is something that has yet to materialise as benchmark crude continue to hover close to their pre-summit levels.