The new CEO of the UK oil giant today pledged to achieve net-zero Scope 1 and 2 emissions by 2050, although critics were nonplussed by a lack of detail in his plan 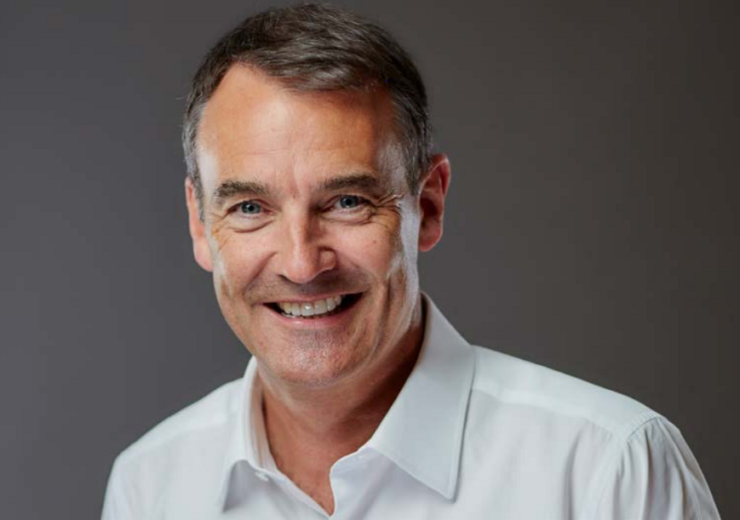 New BP chief Bernard Looney today (12 February) outlined his vision for the oil major to “reimagine energy” and become a net-zero company by 2050.

In his first major statement since succeeding Bob Dudley in the top job last week, Looney said the strategy would “fundamentally transform” the whole organisation.

“I get it,” he told a London audience at a launch event. “We’ve got to change, and change profoundly.

“We have to because the world is changing fast and so are society’s expectations.

“But it’s not just because of that – we want to change because it’s right for the world and it’s a tremendous business opportunity for BP.

“The world does have a carbon budget and it’s running out fast. I get the huge frustration, anxiety and anger and that people want cleaner energy.”

The pledge includes tackling around 415 million tonnes of absolute emissions from both its operations and the carbon content of its upstream production, known as Scope 1 and 2 emissions respectively.

It has also committed to cutting the carbon intensity of the products it sells – Scope 3 emissions – in half by 2050.

But critics have claimed a lack of clear detail in the strategy for exactly how BP will achieve its net zero goals, with few figures given as to key milestones.

The UK energy giant joins others like Repsol and Equinor in an oil industry increasingly under fire for its contribution to climate change to have set emission reduction targets in recent months.

Looney said: “The world’s carbon budget is finite and running out fast – we need a rapid transition to net zero.

“We all want energy that is reliable and affordable, but that is no longer enough. It must also be cleaner.

“To deliver that, trillions of dollars will need to be invested in re-plumbing and rewiring the world’s energy system. It will require nothing short of reimagining energy as we know it.

“This will certainly be a challenge, but also a tremendous opportunity. It is clear to me, and to our stakeholders, that for BP to play our part and serve our purpose, we have to change.

“And we want to change – this is the right thing for the world and for BP. The direction is set.  We are heading for net zero. There is no turning back.”

The new CEO outlined 10 targets he said would guide BP to in order to meet its ambitions, including the installation of methane-measuring equipment at all its processing sites by 2023 to reduce the methane intensity of its operations by 50%.

BP will also increase its investments into non-oil and gas businesses “over time”, as well as more actively advocate for net-zero policies such as carbon pricing.

Its organisational structure is getting a shake-up too, a process that will include dismantling its “largely autonomous” upstream and downstream business segments to be reorganised into 11 integrated global teams.

“We need to reinvent BP,” said Looney. “Our historic structure has served us well but, in order to keep up with rapidly-evolving customer demands and society’s expectations, we need to become more integrated and more focused.

“So we are undertaking a major reorganisation, introducing a new structure, a new leadership team and new ways of working for all of us.

“BP needs to continue to perform as we transform. As committed as I am to making transformation happen, I am equally committed to some fundamental principles that have served us well.

“Safe and reliable operations will always underpin all we do, and we remain committed to meeting the promises we have made to our shareholders.

“We can only reimagine energy if we are financially strong, able to pay the dividend our owners depend on and to generate the cash to invest in new low and no-carbon businesses.”

BP has faced its fair share of criticism in recent years over its role as a significant contributor to climate change, with accusations of  “greenwashing” through advertising campaigns and even its sponsorship of cultural institutions in the UK.

For Greenpeace oil advisor Charlie Kronick, today’s announcement is another example of warm words about environmental issues without substantive detail.

He said: “BP’s ‘ambitions’ and ‘aims’ all seem to apply to Looney’s successors, and leave the urgent questions unanswered.

“How will it reach net zero? Will it be through offsetting? When will it stop wasting billions on drilling for new oil and gas we can’t burn? What is the scale and schedule for the renewables investment it barely mentions?

“And what is it going to do this decade, when the battle to protect our climate will be won or lost?”

Murray Worthy, oil and gas campaign team leader at environmental watchdog Global Witness, added: “There is nothing ambitious about a plan that is simply not credible.

“BP’s net zero pledge looks like an attempt to grab some positive headlines by a new CEO, but with little of substance to show how it will achieve these grand claims.

“The only way these plans could be considered credible is if BP immediately stops drilling for new oil and gas, and until this happens it will continue to be a driving force behind the climate crisis our planet faces.

“Positioning itself as a climate leader while labelling gas as low carbon is just another example of why the world still cannot take BP seriously.

“Saying it will invest more in low-carbon technology and less in oil and gas ‘over time’ is not a credible plan for reaching net zero.”

Looney was quizzed on these issues during his presentation, admitting his plan was currently light on detail but promising further updates in September.

He said: “It’d be premature to come out with targets and milestones that this team hasn’t yet had a chance to work out.

“A journey has to begin with a destination, and that is today’s job. Without a direction we don’t know how to fill in those near-term milestones.”

Meanwhile, Professor David Elmes, an energy expert at the University of Warwick who started his career with BP in the 1980s, suggests that the aim of halving Scope 3 emissions signals a real intent from BP to make fundamental changes.

He said: “When companies set goals, you need to check the details. For energy companies, that means including both the emissions from their activities to find, produce and sell energy with the emissions produced when that energy is used by their customers.

“So BP isn’t ducking the bigger challenge of emissions from how its fuels are used. That suggests a greater ambition to change what the company does.”