Oil companies around the world have been investing in renewables for some time now but in 2019 Shell, BP and Chevron look to be upping the pace 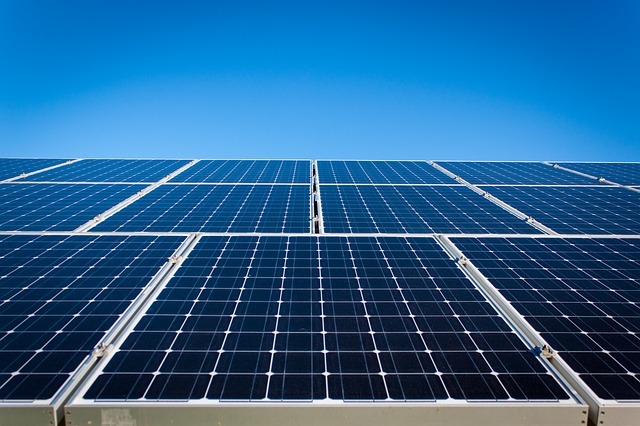 Three of the world’s biggest oil companies are investing collective billions into renewables in 2019, highlighting what could be the start of a genuine shift towards clean power on the part of the industry’s most established players.

Shell, BP and Chevron have all been making headlines so far this year for their proactive investment in carbon neutral energy solutions and acquisition of renewable power firms.

And yet, across the board, Big Oil spent just 1% of its budget on renewable energy last year, with European firms providing most of the capital and accounting for 70% of the installed capacity.

The signs so far this year suggest the industry could be looking to improve on this – here we profile the investment trends of three oil giants leaning towards clean energy that make the case.

In May this year, the oil giant renamed its UK-based energy supplier First Utility to Shell Energy retail, and began serving its British customers with 100% renewable electricity.

The newly-named company will also be offering a range of smart home technology over the course of 2019, with the various measures intended to reduce the costs of charging electric vehicles from home.

Towards the start of the year, Shell also acquired electric vehicle charging firm Greenlots in a bid to claim a bigger stake in the emerging market.

The Anglo-Dutch firm said its new subsidiary will maintain its original brand, but will become the foundation of its electric mobility business in North America.

In an interview with Greentech Media, Maarten Wetselaar, director of Shell’s integrated gas and new energies division, said: “It’s mostly driven by the irreversible choice the world has made to decarbonise, to address climate change and to go to a net-zero energy system.

“And by far, the easiest form of energy consumption that can be carbon-free is electricity.”

“Most of our customers, private individuals and companies, will in the coming decades only be using electricity – so if we’re not in that business, we’ll become marginalised.”

“So to an extent, it’s about survival, but it’s also about, of course, playing a positive role in energy transition – we see the two as equally powerful.”

Almost 20 years ago to the day, BP announced its “Beyond Petroleum” campaign, which aimed to pour billions of pounds worth of investment in to solar and wind energy, but was ultimately derided by the wider community which labelled it blatant “greenwashing”.

Today, the company looks to be gearing up towards a return to renewable energy investment on a similar scale, though it has taken strides to ensure it is more successful this time around.

It has announced an aim to generate CO2 emissions reductions equivalent to 3.5m tonnes every year through to 2025, as part of its Advancing the Energy Transition strategy.

Various actions have been taken towards that end in recent months, with BP $500m (£390m) in low-carbon projects and technologies by the end of 2019.

Earlier this year, the UK-based firm released its energy outlook report, anticipating an increase in the role of renewable energy in the world’s energy mix and outlining its plans to acclimate to this change.

CEO Bob Dudley was quick to remind observes this is only the beginning of his company’s journey, and told Axios: “If someone said here’s $10bn (£7.6bn), go invest it in these new energy technologies, for the good of our shareholders we’re not confident enough to be able to do that yet.”

One of the few US oil giants to make substantial investment in the clean energy space, perhaps Chevron’s largest activity in that area is the Gorgon carbon capture and storage project in Australia.

Sold on the promise of limiting its own emissions by 40% by burying up to four million tonnes of CO2 each year, the gargantuan facility has yet to make good on its commitment more than three years after it began producing LNG in March 2016.

As the project’s developer, Chevron is bound by a deal with the Western Australian government to capture 80% of emissions from a submerged gas field over a five-year period and bury them in its reservoir 2km beneath Barrow Island in Western Australia.

The company has been continuing its work to get the CCS element of Gorgon up and running this year, and expects to achieve its goal by the end of 2019.

The president of its venture capital division Barbara Burger said: “These are strategic bets, if you will, and they’re really more about getting access and looking under the hood.

“They will inform future action from Chevron, either the use of the technology or where we might want to go big.”