In a bid to halve its net carbon footprint by 2035, Shell plans to diversify its clean energy portfolio and invest in carbon capture and storage technology 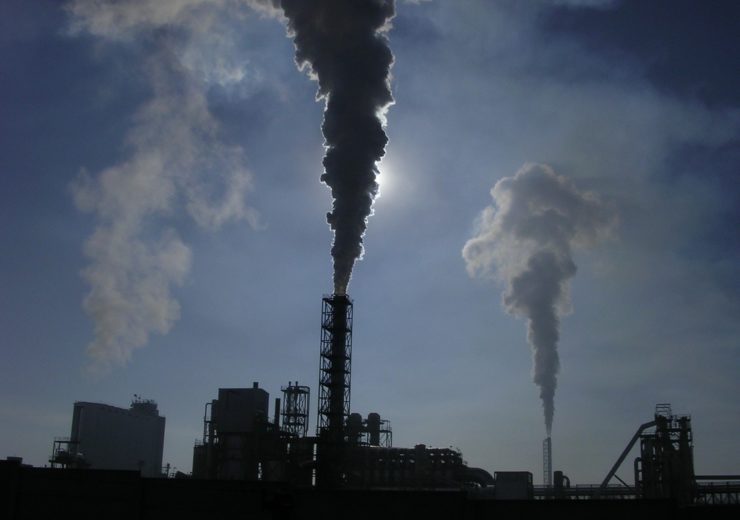 Shell, one of the world’s biggest and most profitable oil and gas giants, is planning to halve its net carbon footprint by 2050.

Before then, the company is aiming for a 20% reduction by 2035 compared with its 2016 level as it seeks to show investors its intentions of staying in line with the spirit and ambitions of 2015’s Paris Agreement.

“In pursuit of this goal, we support the vision of a transition towards a net-zero emissions energy system,” read the Anglo-Dutch firm’s latest sustainability report released on 2 April.

“But society faces a dual challenge – how to make the transition to a low-carbon energy future to manage the risks of climate change, while also extending the economic and social benefits of energy to everyone.

“Meeting this ambition requires changes in the way energy is produced, used and made accessible to more people while drastically cutting emissions.

“We believe that the need to reduce greenhouse gas emissions, which are largely caused by burning fossil fuels, will transform the energy system in this century.

“This transformation will generate both challenges and opportunities for our existing and future portfolio.”

How many CO2 emissions does Shell produce?

Shell’s net carbon footprint refers to the emissions it generates from the extraction, transportation and processing of raw materials, as well as those generated by customers using its products and third parties who supply energy to the company.

In 2018, more than half of Shell’s 82 million tonnes of CO2 equivalent emissions were produced by its various refineries and chemical plants around the world.

Meanwhile, the company’s oil, gas and gas-to-liquids products accounted for roughly 40% and its shipping activities contributed about 3% to the total.

It estimates the CO2 equivalent emissions from the use of our refinery and natural gas products by customers and third parties equalled almost 600 million tonnes last year.

Shell argues society as a whole needs an increasing supply of energy products that don’t produce as many greenhouse gas emissions, and should store unavoidable emissions in sinks, in order to meet the goals laid out in the Paris Agreement.

The firm claims it is therefore increasing the number of low carbon energy products in its portfolio, which includes a plethora in areas such as natural gas, biofuels and hydrogen.

“We continue to work on improving operational performance and energy efficiency to manage greenhouse gas emissions,” Shell wrote in its report.

“We need to go faster than society to achieve this ambition. Our starting point is higher than society’s because our portfolio has a different energy mix compared to the overall energy system.

“We do not have the large quantities of nuclear power, hydro power, wind, solar and large-scale primary biomass that the global energy system has.”

How is Shell planning to reduce its net carbon footprint?

One way in which Shell plans to reduce its greenhouse gas emissions is by using carbon capture and storage (CCS) technology, which collects and holds CO2 deep underground, therefore preventing it from polluting the atmosphere.

It is also in the midst of working with its partners to discover novel ways of using the stored CO2 once it has been captured, and claims CCS technology will be pivotal to the global climate response.

“CCS projects are happening around the world and the technology is proven but more projects need to be built,” the firm wrote.

“The Intergovernmental Panel on Climate Change (IPCC) has said in its latest report in 2018 that the early scaling up of industry CCS is essential to achieving the stringent global warming target of 1.5C.

Perhaps the biggest CCS project Shell is invovled with is the Gorgon CO2 injection project, in which the company has a 25% share.

The Australia-based programme is due to start later this year and will be the largest operation of its kind once complete.

Shell also announced on 2 April it would be leaving the American Fuel & Petrochemical Manufacturers (AFPM) lobby in 2020 due to “material misalignment” with regards to climate policy.

The Netherlands-headquartered company also said it disagreed with the lobby on its opposition to a price on carbon and its action on low-carbon technology.

In one of the industry’s first high-profile lobby departures, Shell is leaving the likes of Exxon Mobil, Chevron, BP and Total, all of whom remain part of AFPM.

The company’s chief executive Ben van Beurden said: “The need for urgent action in response to climate change has become ever more obvious since the signing of the Paris Agreement in 2015.

“As a result, society’s expectations in this area have changed, and Shell’s views have also evolved.

“We must be prepared to openly voice our concerns where we find misalignment with an industry association on climate-related policy.

“In cases of material misalignment, we should also be prepared to walk away.”