The pandemic's impact on the US shale patch has been huge, and producers are gambling on acreage additions and cost synergies to future-proof their positions 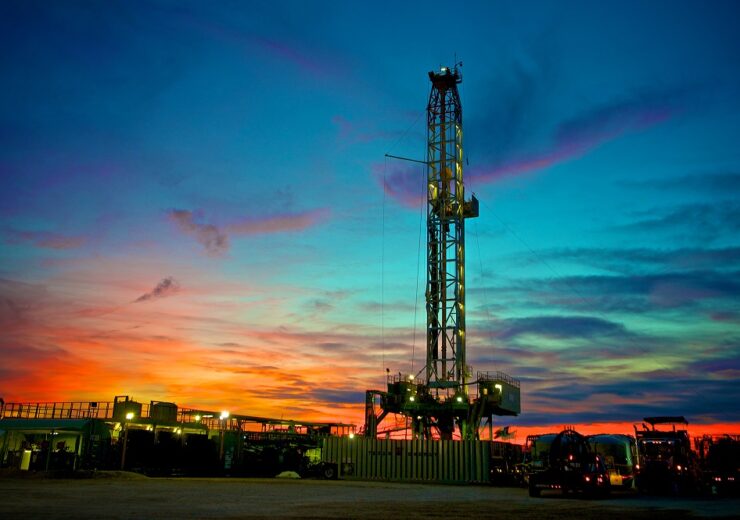 ConocoPhillips has added significant new Permian acreage to its portfolio through the acquisition of Concho Resources (Credit: ConocoPhillips)

Consolidation is accelerating across the US shale patch as companies facing unprecedented cash pressure amid the market’s worst downturn seek opportunity in collective strength.

In an industry where upstream capital investment is expected to halve this year and where bankruptcies are on the rise, mergers and acquisitions (M&A) offer the chance to combine operational capabilities, cut administrative costs and place a bet on new acreage that could swing back to profitability as the market outlook improves.

It is a strategic gamble that independent oil and gas producers with the financial muscle to do so are now increasingly willing to take. “Tight-oil consolidation is booming, and it’s starting with the big, financially-strong producers,” says WoodMackenzie research director Benjamin Shattuck.

Andrew Folse, oil and gas analyst at research firm GlobalData, adds: “Companies with stronger balance sheets are taking advantage of the opportunity to strengthen their position by buying acreage at a discount.

“There is a significant acreage in unconventional areas involved. In particular, the Permian Basin remains the most attractive and is involved in all the major deals.”

Acquisitions are on the agenda for US shale companies

Concho Resources brings an additional 550,000 net acres in the Permian Basin to Conoco’s portfolio, and production of up to 319 million barrels of oil equivalent per day, according to GlobalData.

“The combination is remarkable,” says Robert Clarke, vice president of Lower 48 upstream at consultancy WoodMackenzie. “Just in scale, ConocoPhillips is adding enough Permian production to nip at the heels of ExxonMobil’s massive programme.”

Parsley Energy is a Permian-focused operator, that will give the combined entity 930,000 net acres across the prolific Texas and New Mexico oilfields – increasing Pioneer’s proved resources by 65%.

While US majors ExxonMobil and Chevron have recently dominated production across this key shale region, transactions like these are causing “the pendulum to swing back” to independents like Pioneer and Conoco, says Shattuck.

Earlier in the year, the first signs of the shale-consolidation trend began to appear, with Chevron’s $13bn acquisition of Noble Energy and Devon Energy’s takeover of WPX Energy.

Noble Energy adds 92,000 acres in the Permian Basin to Chevron’s roster, as well as a notable natural gas resources in Israel and the wider the Mediterranean region.

The shale revolution of the past decade drove the US to become the world’s top oil producer, but historic demand loss caused by the coronavirus pandemic has now forced down commodity prices and created a hugely-challenging commercial environment for firms to navigate.

“The story of 2020 has been one of bankruptcies, layoffs, shut-ins and cuts in investment,” says the International Energy Agency (IEA) of US shale in its latest annual world energy outlook.

“The influence of large players is set to grow as acreage is consolidated […] and the focus on growth is set to be supplanted over time by a focus on returns and on securing and maintaining a social licence.

“The exuberance and breakneck growth of the early years may be replaced by something a little steadier.”

According to the US Energy Information Administration (EIA), crude oil production in the country is expected to total around 11.5 million barrels per day (bpd) in 2020 – and less than 11.1 million bpd in 2021. That compares to its peak level of 12.2 million bpd last year, with the drop in output a direct response to the demand shock.

Even prior to Covid-19, shale producers were finding it increasingly difficult to tap investors for new capital amid tightening profit margins, but the economic downturn of 2020 has exacerbated these issues further.

In April, the price of West Texas Intermediate (WTI) crude, the key US benchmark, went negative for the first time in history, falling to minus $37.63 per barrel amid storage concerns. WTI has recovered to average around $40 per barrel in recent months – a level balancing on the brink of profitability for most operators.

News of fresh lockdowns in key European economies has pushed prices back down towards $30 per barrel in the past few days.

For US shale companies, finding ways to survive in this low-price environment is now a priority, and taking advantage of the synergies of consolidation is seen a clear path to doing that.

“When a company acquires acreage that is adjacent to, or overlaps, its existing position, there is an opportunity to reduce costs,” explains Folse. “A major cost is in G&A (general and administrative), in which redundant positions are eliminated to create an immediate saving.

“Also, having acreages near each other creates synergies in operations that will lead to efficiencies. We believe that more M&A activity is coming in the future from companies that have a strong balance sheet, and can expand their existing position as long as commodity prices do not decline sharply.”

ConocoPhillips estimates annual cost savings of $500m by 2022 from its Concho acquisition, while the tie up between Pioneer and Parsley is expected to save up to $325m each year as a result of “operational efficiencies and reductions in G&A and interest expenses”.

“Operational savings are driven by the utilisation of shared facilities, overlapping operations, scale efficiencies and benefits provided by our extensive water infrastructure,” Pioneer notes in a statement.

“Further synergies are realised from adjacent-acreage footprints, and the ability to drill extended laterals where lease configurations of the separate companies prevented long-lateral horizontal wells.”

Presidential election could transform the policy landscape for US shale companies

There are, of course, risks to these multi-billion-dollar gambles. A prolonged period of demand uncertainty and slow post-Covid economic recovery could keep oil and gas prices – and investor appetite – subdued for longer than anticipated.

“A delayed recovery exacerbates current cash flow shortfalls and credit constraints for US shale producers in particular, accelerating bankruptcies among smaller players and consolidating holdings in the hands of more resilient operators,” notes the IEA.

A second wave of extended lockdowns across major economies – as have been announced in Europe in recent days – could reignite the oversupply issues that sent prices plummeting and forced oil producers to scale back output earlier in the year.

There is also the added uncertainty of the US presidential election, with the two rival candidates offering starkly different visions for the future of domestic oil and gas.

Folse says: “There could be a potential landscape change around oil and gas activity depending on the election result.

“This could pose an operational risk for being over-exposed to acreage on federal land, as Joe Biden has delicately announced he would forbid new leasing and development on such lands – or even ban new permitting activity on existing leases.”

In contrast to Biden, President Trump has championed US oil and gas expansion and, if re-elected for another four years, is expected to continue the sweeping deregulation of the sector that has been a hallmark of his first term in office.

Another issue clouding the US shale outlook is the strengthening international focus on the clean energy transition, and diminishing investor support for major fossil fuel projects.

While European oil majors, including BP, Royal Dutch Shell, Equinor and Repsol have all embarked on strategic shifts towards clean energy over the past 12 months, US producers have shown more reluctance to pivot away from their core business of hydrocarbons.

“Many European counterparts see this downturn cycle as the perfect time to increase their investments in clean energy,” says Folse. “It has been increasingly difficult for US oil and gas companies to reach out to investors for funding.”

Several predictions about the timeframe of “peak oil” demand have emerged during the past few months in response to the coronavirus market shocks, ranging from having already peaked in 2019 to continued growth into the 2040s.

The International Energy Agency’s view is that demand growth will end by the close of the decade, raising the prospect of stranded assets across the US shale patch that could leave companies exposed to major asset impairments in the years to come.

Other analyses have suggested the activity boom that propelled US shale to the forefront of international production is now well and truly over, and that the legacy of the pandemic on US shale companies will be to limit their opportunities for future growth.

It underscores the gamble that producers are taking with these expensive acquisitions in the hope of a market rebound and long-term cost savings. With many other producers seeking bankruptcy as a way out of the challenging situation, the industry is becoming less populated and size may become the key to survival.

Folse says: “It makes senses for some companies to expand their position or diversify their portfolio –  especially with the future perceived to have fewer competitors.”