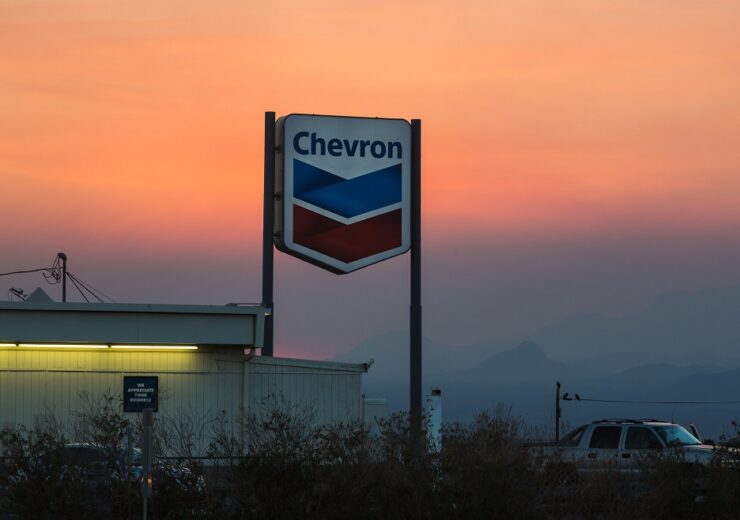 Chevron has taken a big bet on natural gas resources in the Mediterranean region through its $13bn acquisition of Noble Energy, say analysts.

It was the first major deal in what is anticipated to be a series of consolidations across the oil and gas industry, as companies react to the coronavirus-triggered market crisis that pushed demand and commodity prices to record lows in the first half of 2020.

“There has been an increasing expectation for mergers and acquisition activity to show existing opportunities, despite the depressed economic cycle,” said GlobalData analyst Adrian Lara. “The most resilient companies during the pandemic have shown flexibility thanks to diversified portfolios. It signals the optimal future strategy for major oil and gas companies.”

The US oil major announced the agreement to purchase all of Noble Energy’s stock and debt earlier this week, citing the independent Texas producer’s “low-cost, proved reserves and attractive undeveloped resources” in Israel and the Eastern Mediterranean, as well as acreage in the US’ Permian Basin and Denver-Julesburg (DJ) Basin.

The California-based oil major announced earlier this year it would lower its 2020 capital spending plans from $20bn to $14bn, in a move that was echoed industry-wide as oil and gas companies responded to the financial challenges presented by coronavirus and the subsequent market crisis.

According to WoodMackenzie researcher Jean-Baptiste Bouzard, Noble’s “crown jewel” is its position in Israel’s natural gas sector, notably the Leviathan field, a vast offshore resource in the Mediterranean Sea.

He added: “Israel will provide Chevron with a new core international geography that will rebalance the portfolio towards gas and provide a springboard to capture further upside potential in the region.

“It would be interesting to see if the acquisition boosts development plans for Noble’s Aphrodite discovery, offshore Cyprus, as well as ramping up production from its flagship assets in Israel, Tamar and Leviathan.”

The move to strengthen its position in natural gas is a significant one for Chevron, as it looks to a market where there is a lesser degree of long-term uncertainty than is currently faced by oil products amid the twin pressures of a demand downturn and the clean energy transition.

“At the moment, consumption of natural gas has been depressed due to the current economic crisis, but there is low uncertainty on the future role of natural gas as a primary source of energy and its increasing demand. From this perspective, these fields are a good portfolio addition.”

Chevron will also acquire unconventional shale assets in the US, adding 92,000 acres to its existing presence in the Permian Basin and entering as a new player into activities in the DJ Basin, where Lara believes it will be able to “combine its operational and investment capabilities with Noble’s expertise in the area to drive a larger scale development”.