As countries around the world mandate production cuts to rebalance an oversupplied market, oil producers in North America are turning to shut-ins 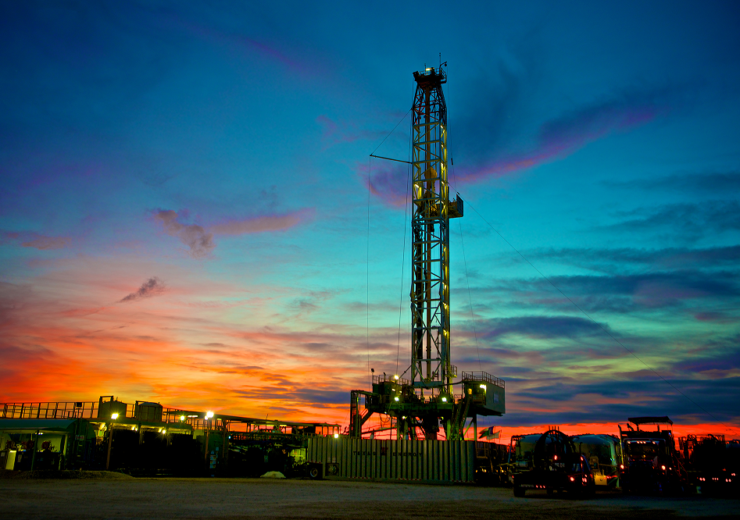 ConocoPhillips has emerged as one of the companies leading well shut-ins across North America (Credit: ConocoPhillips)

The latest phase in the evolution of the unfolding oil market crisis is shut-ins, with companies across North America taking the difficult decision to take production offline in a bid to bring balance to an oversupplied market that is fast running out of storage space. NS Energy takes a closer look.

First came the demand drop, and the price collapse exacerbated by the Saudi-Russian stand-off, then there were storage concerns as tanks brim close to capacity – now there is the reality of widespread well shut-ins as governments and producers rush to limit excess supply from global market awash with unwanted oil.

Efforts to forcefully curtail global oil output agreed by members of the Opec+ alliance last month have now kicked into gear, with the measures expected to reduce production by 9.7 million barrels per day (bpd) during the next two months – the expected peak period of economic slowdown triggered by coronavirus.

Outside of the so-called cartel, Norway has implemented its domestic cutback of around 300,000 bpd by the end of the year, in its own contribution to “normalising” an oil market that has been far from normal throughout 2020.

But what of North America, where both the US and Canada have given unofficial support to the Opec+ cuts, and pledged to chip in with their own market-driven curtailments?

Price-led shut-ins are already underway in these countries – with last month’s West Texas Intermediate (WTI) excursion into negative pricing serving up a high-definition reminder of the grim realities of an oversupply that is battering the market.

Images of oil tankers idling off the California coastline underscore the depth of the storage constraints in the US in particular, where the critical Cushing storage hub that was central to the WTI collapse is expected to hit full capacity this month.

The #USCG is closely monitoring the increased presence of tanker vessels anchored off the coast of Southern California. pic.twitter.com/i6HuX6wxgn

Analysts at Rystad Energy expect to see US oil production shut-ins reach at least 300,000 bpd during May and June, and as much as 1.2 million bpd in Canada during the second quarter.

ConocoPhillips, a major operator across North America, revealed plans last week to deepen its planned voluntary production cuts to 265,000 bpd in May and 460,000 bpd in June – with even further curtailments a possibility depending on market conditions.

Shutting off an oil well is not a simple process – it has knock-on effects throughout the production cycle, can cause well damage and prove a very costly measure. So much so that for some producers it is considered financially preferable to pay someone to take oil off their hands rather than put their operations on hold.

According to a recent analyst note from Energy Aspects, last month’s WTI drop into negative prices was “exactly what was needed” to force a rebalancing of the market.

“Prices had to fall to levels that shut in enough production so that supply equalled demand,” the researchers suggest. “For WTI, with Cushing expected to fill up in May, crude prices needed to stop barrels flowing into the hub by forcing shut-ins.

“In many cases, a price near zero would compel a producer to stop production. But sometimes, especially if there is an expectation that prices will rebound, the optimal behaviour from an economic point of view is for a producer to pay a customer to take supply, thereby avoiding higher costs and losses associated with shutting down output.”

Up to 1.3 million bpd could be curtailed across Canada in second quarter

In Canada, which has some of the world’s largest crude reserves stored away in its vast but expensive-to-operate oil sands, the low-price environment is driving a swathe of shut-ins.

GlobalData oil and gas analyst Adrian Lara notes that current oil prices remain well below the $52 per barrel breakeven price needed to sustain oil sands production, which accounts for around 60% of the country’s output.

He says: “None of the facilities are profitable at current prices, forcing producers to cut back capital expenditure. This has already impacted investments into planned projects and expansions of existing operations and caused temporary suspensions of some facilities.”

Rystad’s senior analyst Thomas Liles adds: “Canadian curtailments are already in full swing and the building storage crisis will continue to test operations in May, when global storage is likely to reach full functional capacity.

This comes despite a warning in March from Jason Kenney, premier of Canada’s oil-rich Alberta province, that shut-ins could have “catastrophic consequences” for the region’s economy.

“Oil sands are not operated on the basis whereby the producers can simply flick a switch and turn off production,” he told an audience at the CD Howe Institute.

“Because the consequences of that would be catastrophic and could potentially result in the loss of billions of dollars of capital investment. So there are certain strategic assets in this country that need to continue to operate.”

The rapid deterioration of oil markets since March has made such measures a necessity, however, and production shut-ins in Canada are expected to accelerate over the coming months.

Energy Aspects tracks current levels of offline production across the country at upwards of 500,000 bpd, with projects operated by ConocoPhillips, Husky Energy, Suncor and Athabasca Oil all introducing stoppages.

Key shale oil-producing regions such as the Permian Basin in Texas and New Mexico, the Bakken formation in North Dakota and the Williston Basin spanning Montana and the Dakotas will bear the brunt of the stoppages, with companies including Continental Resources, ConocoPhillips, Cimarex Energy and Parsley Energy all taking steps to pull some production offline.

Analysts at Rystad Energy anticipate at least 300,000 bpd to be shut-in during May and June – a two-fold increase compared to April.

The research group’s vice president for North American shale and upstream Veronika Akulinitseva says: “The estimated cuts from companies which have already made statements will be spread across the Lower 48 states, but production in the Williston Basin will likely be affected the most.

“The Bakken play accounts for a high share of combined output, closely followed by Permian Delaware. Yet, given the single-digit wellhead prices seen in the region recently, and overall commerciality, the shut-ins in Bakken are likely to be more pronounced.”