A study shows leaked methane emissions across the Permian Basin in the 11 months to March 2019 were enough to supply two million homes with natural gas. 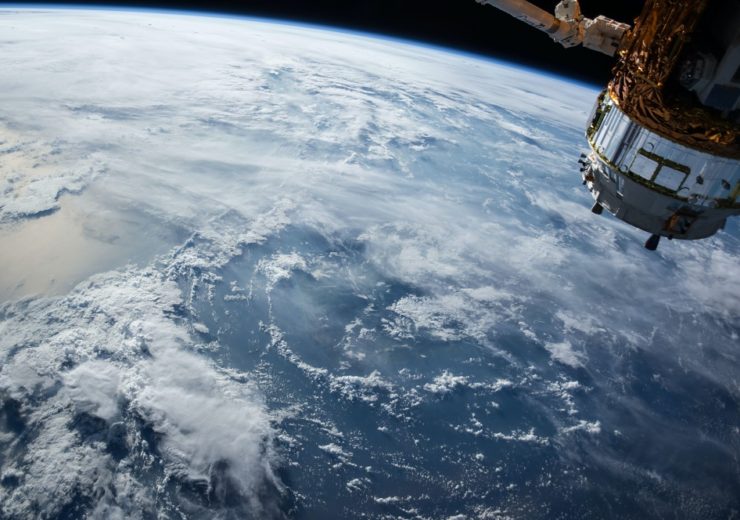 Satellites have been used to monitor methane emissions from the vast Permian Basin oil and gas production region in the US, with results revealing record volumes of the greenhouse gas being released into the atmosphere. But with measures available to producers to limit their methane output, there is a big opportunity to tackle an issue that is crucial to the climate change argument.

While the coronavirus pandemic may have jumped to the forefront oil industry agendas in recent months, climate change remains a very real, long-term issue for oil and gas producers to contend with.

Big Oil is under pressure to clean up its carbon footprint as world economies push policies to limit the impact of greenhouse gas emissions on the environment, and keep global warming to less than two degrees Celsius above pre-industrials levels, as set out in the Paris Agreement.

But while some progress has been made, a new scientific study shows that in the sprawling Permian Basin oilfields that make up the oil-producing heartland of the US, huge levels of damaging methane emissions are being pumped into the atmosphere.

The report, authored by academics from the Environmental Defense Fund (EDF) and Harvard University among others, finds that between May 2018 and March 2019, methane was released across the Permian Basin at twice the average rate of other US oil and gas hotspots.

Satellite data, gathered with the help of the European Space Agency, demonstrates that hydrocarbon projects in the region spanning Texas and New Mexico are leaking methane at a rate equal to 3.7% of their overall gas production – enough to supply energy to two million US households.

“These are the highest emissions ever measured from a major US oil and gas basin,” says EDF chief scientist Dr Steven Hamburg, who co-authored the study.

“There’s so much methane escaping from Permian oil and gas operations that it nearly triples the 20-year climate impact of burning the gas they’re producing.”

Methane, the main component of natural gas, has emerged as a leading villain in the climate change drama – responsible for more than a quarter of current global warming, and more damaging to the environment than carbon dioxide.

During oil and gas production operations, the greenhouse gas can escape into the atmosphere in numerous ways – either through voluntary venting or flaring by companies seeking to offload unwanted natural gas, or via leakages in infrastructure like pipelines, storage tanks or drilling wells.

Many of these factors can be controlled, however, giving extractive firms a big opportunity lower their emissions through “better infrastructure design and development, more effective operations and better regulation at both the state and federal levels”, according to the EDF.

“Reducing methane from oil and gas operations is the fastest, most cost-effective way to slow the rate of [global] warming, even as the necessary transition to a net-zero carbon economy continues,” the group says.

In the Permian region, where around 3.5 million barrels of crude oil and 11 billion cubic feet (bcf) of natural gas are produced each day – notwithstanding current declines caused by the coronavirus – there is great scope for producers to seize the opportunity to lower their methane output.

Recent analysis from Rystad Energy suggests the downturn currently affecting the oil and gas industry as coronavirus exerts brutal market pressures is imposing a natural reduction in flaring activity in the Permian.

Basin-wide flaring fell to 700 million cubic feet per day in the three months to March, according to the research – the lowest it has been since the third quarter of 2018.

The downward trend is expected to continue throughout the year, too, as operators scale back activity amid the pressures of low demand, tumbling prices and an oversupply that is testing storage capacity to its limits.

“Such a low level of flaring has not been seen in the Permian since 2012,” says Rystad’s head of shale research Artem Abramov.

“While the downturn introduces severe challenges for the overall economics of Permian producers, achieving outstanding emissions targets is at least one bright spot.”

The EDF released a separate report two weeks ago as part of its PermianMAP initiative, which concluded that methane is escaping from the Permian’s most active regions at a rate of 3.5% of overall oil and gas production.

The organisation says the new study, published this week in the peer-reviewed journal Science Advances, validates its earlier measurements, which have been collected using an array of fixed-wing aircraft, helicopters, towers, and ground-based mobile sensors across the region.

Responding to EDF’s PermianMAP analysis, the Texas Methane & Flaring Coalition – an industry organisation formed to represent the interests of the region’s oil and gas producers in the methane debate – labelled the data used as “misleading” and “deceptive”.

It calls into question the research methodology, saying the report “relies on an improbable assumption that emissions are evenly distributed between all wells in the area”.

In a statement, the group adds: “While it seems EDF seeks to position itself as a pseudo-regulatory ‘watchdog’, its utilisation of uncertain and flawed data, coupled with a report lacking in actionable information, leads [us] to conclude that EDF’s Permian Methane Analysis Project was primarily designed to capture headlines, rather than as a serious attempt to help identify opportunities to reduce emissions.”

It is hoped the growing use of satellites will enable a new degree of granularity to be introduced to methane-emission monitoring – giving environmentalists, industry and governments more accurate data with which to address the problem.

EDF’s senior vice president for energy Mark Brownstein says: “Advances in satellite technology and data analytics are making it possible to generate regular and robust information on methane emissions from oil and gas operations, even from the most remote corners of the world.

“It’s our goal to use this new data to help companies and countries find, measure, and reduce methane emissions further and faster, and enable the public to both track and compare progress.”

Efforts are being made across the industry to address methane concerns

Some oil and gas businesses have made a start at tackling the methane problem, with news earlier this month that ExxonMobil is field-testing new technology to monitor methane emissions one of the more recent examples of how companies are addressing the issue.

In March last year, UK oil giant BP announced a three-year collaboration with the EDF to tackle the methane question across its operations, and in September revealed a pilot project to remotely monitor emissions using drones at its production sites in the North Sea.

In 2015, the World Bank launched the Zero Routine Flaring by 2030 initiative, devised as a way to help industry and governments co-operate on methods to reduce unnecessary natural gas flaring across hydrocarbon production operations.

Flaring has become a habitual practice among oil producers, which collect natural gas as a by-product of their drilling activities but don’t always want to keep it – often because the costs associated with its processing and transport are deemed uneconomical, particularly in the US where gas prices have been low for a long period.

Burning excess natural gas, the practice known as flaring, is less environmentally-harmful than simply releasing it back into the atmosphere, or venting.

But it still results in methane being released, when it might otherwise be captured, stored and used in less environmentally-harmful ways – in conjunction with carbon capture technologies for instance.

US Energy Information Administration data shows combined flaring and venting of natural gas across the country reached 468 bcf in 2018 – the highest it had been since 1970.